Columbia and Venezuela: Tilting the Scales in Mining Business and Nationalism

Just as Venezuela’s economy and its mining sector have plunged into near-total ruin under Hugo Chavez since 1999, another tectonic shift has been under way in next-door Colombia—ahead of one of the potentially largest, most diversified mining booms on earth.

Once a byword for cocaine kingpins, civil war and regional instability, South America’s fourth-largest nation is now enjoying a relative peace dividend, an economic renaissance and—thanks in part to its vast mineral wealth—more foreign direct investment (FDI) than anywhere else in the Western hemisphere.

In addition to being on-and-off adversaries—at times militarily—the divergent fates of Colombia’s and Venezuela’s mining industries are even more closely intertwined than they might seem at first blush—and resource nationalism isn’t the only reason.

Colombia, to be sure, endures lingering instability that peaked in the early 1990s: Ongoing bloodshed among paramilitaries, drug traffickers and Venezuela-backed Marxist guerrillas—underwritten in part by some 30,000 wildcat miners—persist alongside government corruption. Latin America’s No. 5 economy remains its most unequal, too, with a 12% unemployment rate and 20 million people mired in poverty.

A Study in Contrasts
Yet unlike its eastern neighbor, Colombia is doing plenty right in business terms, according to a broad international consensus. The World Bank, for instance, has ranked Colombia a top-10 performing economy and the safest Latin American nation to do business in. The Fraser Institute, a Canadian think tank, has listed it the region’s third-most attractive investment destination—and the third of 79 jurisdictions in mining potential—and Canada’s mining companies are accordingly leading the mining charge.

The differences with Venezuela, of course, couldn’t be starker: Since assuming power 14 years ago with a sweeping populist mandate, strongman Hugo Chavez nationalized more than 1,000 private sector businesses—often at random. And the country’s sizeable gold and coal deposits—South America’s second-biggest—lie in tatters.

But in ways, it’s also one of the biggest ironies of Chavez’s one-man tenure: Venezuela’s tremendous oil riches have both subsidized Chavez’s chaotic nationalism—while allowing for sweeping mining expropriation that has left the country’s other significant natural resource at 1% of GDP.

International observers have long since taken note. The World Bank’s 2013 Doing Business report ranks Venezuela at 180 out of 185. The study, co-authored by the International Finance Corp. (IFC), reflects a one-point decrease for the country from 2012.

Back in Colombia, once known as the Switzerland of Latin America, a more culturally ingrained attitude prevails. With a sophisticated business class and well-educated population, Latin America’s oldest democracy is also home to its strongest political institutions and remains the only South American nation never to have defaulted on a major loan; Bogota has yet to expropriate a foreign company.

In recent years, Free Trade Agreements with the U.S. and Canada and regulatory reform have been crucial to luring explorers, miners and investors, according to analysts, priming mining exports to 27%, while employing 300,000 Colombians.

But this creeping switch came at the crosswinds of something perhaps less obvious: a $7-billion U.S. aid package to Colombia’s military that lifted the nation of 46 million to more fertile ground.

Socialism and the Cocaine Equation
In 2002, Colombia was a far different place. With much of the country seemingly poised to unravel, not even the inauguration of hardline conservative President Alvaro Uribe was spared: Artillery rained down from slums occupied by insurgents known as the Revolutionary Armed Forces of Colombia (FARC) with dozens injured.

These days, countryside instability remains—including an apparent March attack by the FARC on El Cerrejon, Colombia’s largest coal mine operated by Anglo American, BHP Billiton and Xstrata. But under Uribe’s decisive anti-guerilla campaign, along with a demobilization of the paramilitaries formed to fight them, have yielded successes.

Indeed in 10 years, some 54,000 paramilitaries have been disbanded, kidnappings are down a reported 90%, guerrilla attacks have declined 71% and homicides are down by half. Former Gen. Oscar Naranjo, who led the cartel crackdown, is now security adviser to a Mexico embroiled in its own drug violence. Colombian military units have also trained local police in opium-heavy, NATO-occupied Afghanistan.

Across the lawless border near Cerrejon, however, things have swung in the opposite direction. From the beginning, Chavez’s revolution brought ties with FARC members—Castro allies who picked up drug trafficking where the cartels left off. Given its anti-Americanism, Caracas has ignored or defied U.S. drug interdiction requests—allowing Venezuela, with full government complicity, to become a multibillion dollar transshipment point for European and African-bound cocaine.

A crime pandemic has followed in its wake, consuming Venezuela’s 29 million people, leaving them some of the world’s very highest homicide rates—often at the mercy of gangs operating with impunity well beyond the prison walls that ostensibly house them.

A Numeric Advantage
More positive numbers have proliferated in Colombia—with FDI between 2002 and 2008 quadrupling and then doubling by 2011 to $14.4 billion, up from $6.8 billion in 2010—a rate of 113%. According to the United Nations Conference of Trade and Investments, 2011 was a banner year—one in which its FDI surpassed the rest of South America.

Until recently, minerals have accounted for less than 3% of Colombia’s economy, representing $2.6 billion in investments within the last two years. Claims for lands with reserves of base and precious metals also surged to 21 million acres in 2010—from 2.8 million in 2002. The next year, accordingly, Colombia received $4.5 billion in resource sales—twice that of 2006.

Despite a presence at Chavez’s funeral, Juan Manuel Santos shared little in common with his fiery neighbor: Indeed, promotion of foreign mining was a centerpiece of his presidential campaign. Bogota has since designated a 7.4-million-acre “strategic zone”—an area the size of Greece—for mining exploration; a further 40% of the countryside may also be available.

The policies are well-warranted. As the world’s seventh gold producer, the precious metal is anticipated to draw $2 billion in FDI by 2015. Mining Ministry officials seek a 30% increase in gold output to 73 metric tons; from the current 47.8, reported by the National Geological Survey. Giants like South Africa’s AngloGold Ashanti, Alabama-based Drummond Inc. and Canada’s Barrick Gold all have a presence.

The world’s No. 5 coal producer, Colombia has large deposits of low sulphur, high Btu coal with a vibrant export market. Bogota currently seeks a 35% increase to a 115-ton annual output by 2014—one estimated to double by the end of the decade. In the past, the U.S. has sourced up to half its foreign coal from Colombia via entities like Alabama’s Drummond Company, which has a $1.3-billion joint investment for production.

Colombia has a wealth of high-value metallurgical coal, too. This has drawn attention from the Chinese government, which has been in talks with Bogota over a $7.6-billion railroad crossing the country. Colombia has also announced a $3-billion, 1,000-mile rail project with financing from the Inter-American Development Bank. Coal is a top foreign currency earner, alongside an advanced hydrocarbons sector—forecast to be well outstripped by mining—and a fast-emerging tourism industry.

Ground zero for Colombia’s mining expansion is the commercial hub of Medellin, its second-largest city of 2.7 million—a place long associated with cocaine-related massacres, now beset by throngs of international businessmen. In the foothills of the Andes beyond, it is also surrounded by other foreign opportunity seekers: scores of Canadian junior prospectors and engineers scouring for metals and minerals beneath its mountains.

Their synergy underscores yet another promising scenario: Over the past decade, Colombia’s economy has grown four times faster than that of Canada—which is home to half the world’s mining companies. 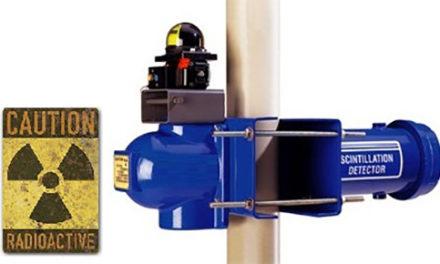 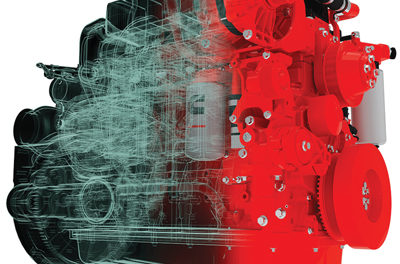 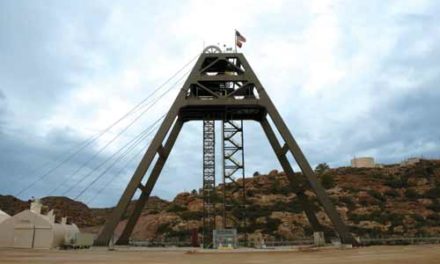