On a Thursday night in November 2011, a plane carrying an undisclosed consignment of gold bullion previously secreted in overseas bank vaults touched down under cover of darkness at Venezuela’s Maiquetia International Airport.

After the first delivery of several shipments totaling more than 200 tons—in 15,000 stock 400-oz gold bars—was loaded, an armored convoy guarded by 500 soldiers, helicopters and members of the central bank’s elite security team embarked on a 13-mile journey on a decrepit, potholed highway toward a vault in Caracas, one of the world’s most lawless cities.

To many, it was mere stagecraft by Venezuela’s fiery President Hugo Chavez less than a year after the diagnosis of cancer to which he succumbed in March. But to die-hard loyalists it signified more: Central Bank President Nelson Merentes termed it “historic,” reported the state-run AVN news agency. “We’re returning assets that belong to the people.”

To particular victims of Chavez’s “socialism for the 21st century,” on the other hand, it would prove a depressing, if apt, metaphor for the pending death knell of Venezuela’s long-decayed mining sector in one of the world’s most resource predatory regimes.

Despite abundant mineral wealth with some of the world’s greatest reserves of iron ore, aluminum, nickel and gold—and Latin America’s second-largest coal deposits—Venezuela has long stagnated behind regional mining powerhouses like Mexico, Colombia and even Bolivia, since Chavez took power in 1999. The damage his erratic, quintessentially one-man rule inflicted on Venezuelan mining, moreover, is all but impossible to know—and equally hard to overstate.

A Grim Post-mortem
Few can doubt the cult-like “Chavista” legacy will endure for decades, if not generations. Less assured is Venezuela’s economic prosperity—and its moribund mining industry, according to observers like James Lockhart-Smith, a senior Latin America analyst at Maplecroft, a U.K.-based risk analysis firm.

In all, nearly 1,000 foreign and domestic private businesses were appropriated over 14 years. Ecoanalitica, a Venezuelan research firm, has reported the losses to the country’s private sector at $23.3 billion. The trend, according to the Venezuelan Confederation of Industries, soared 924% since 2007.

“The government is highly likely to become more entrenched in its positions,” he added, while striving to “maintain the same strategic goal of control over the whole supply chain for the construction industry—including the required hard commodities.”

Regardless of Chavez’s legacy—amid continued international praise—few can deny Venezuela’s squandered economic potential. The World Bank’s 2013 Doing Business report is typical, ranking Venezuela at 180 out of 185. The survey, co-authored by its International Finance Corporation wing, reflects a one-point decrease for the country from 2012.

There are many others. “Venezuela is an example of nationalization being a populist as opposed to an economically strategic program,” notes a 2012 report by the South African Institute of Mining and Metallurgy, which concluded that “an economy under nationalization driven purely by a socialist ideological program is not sustainable.”

Influences Near and Far
Chavez was never ideologically shy. From the start, he made unusually fast friends with Cuba’s Fidel Castro, champion of his own nationalizations. For access to the world’s greatest oil reserves, the strongman’s 86-year-old mentor gave his protégé an army of doctors, military advisers and intelligence agents; a special terminal at Maiquetia Airport exclusively processes Cuban nationals.

But a failed, U.S.-supported 2002 coup radicalized Chavez’s militancy: Championing a leftist “pink revolution” across Latin America, his nationalization binge accelerated as he forged ties with similarly anti-Western— and resource rich leaders worldwide—some with shared appetites for mine appropriation.

These included Zimbabwe’s diamond-wealthy Robert Mugabe along with Argentina’s Christina Kirchner, Ecuador President Rafael Correa and—to a lesser degree—Brazil’s populist Lulu Ignacio da Silva across the Americas. But it was Bolivia’s Evo Morales—in one of the hemisphere’s most mineral-rich jurisdictions—who most closely emulated Chavez, to the detriment of its mining industry.

Indeed, the subsidized literacy campaigns, free public housing and health initiatives that brought accolades from statesmen to intellectuals to celebrities worldwide, would have been impossible had oil prices not surged beyond $100 a barrel through the last decade. Meanwhile, Venezuela’s vast mining potential—like so much else in its state-run economy—withered in the background; South America’s less developed, but second-largest coal reserves were no exception.

Yet the sweeping nationalizations of oil, mining and other businesses themselves precipitated a full-blown exodus from the country itself, with the skills, capital and investment mandatory to keep all extractives afloat. Venezuela’s further descent into chaos—fueled by a multibillion dollar cocaine trade and Chavez’s deliberate culture of political violence—made a difference, too.

Robert Amsterdam, an attorney representing companies facing state takeovers internationally, equates Venezuela with Vladimir Putin’s Russia. In both countries “the state has become the principal instrument by predatory business groups,” which employ the authority of the courts, regulatory agencies and police to seize assets and enrich themselves at the people’s expense,” he wrote in a 2009 Washington Post article.

“It is grounded in the insecurity of the populace,” he added. “What is not accomplished by faux legalism is carried out through government-backed neighborhood militias or extreme nationalist youth groups.”

Empowering the Poor, Disenfranchising Mining
The country’s long-profitable metals industry is now in the worst shape in 30 years. A Chinese cash and infrastructure injection pending a 2011 deal now lies in limbo since Chavez’s death. “One can drive a car without doing maintenance until it decomposes—ditto with the metals companies of Venezuela,” an aluminum trader told Reuters. “We have reached the breaking point.”

A significant example of pressures on such industries was a 200,000-unit housing program—key to the October victory that allowed Chavez a fourth term of six years—so poorly managed it flattened nationwide demand for metals, according to analysts.

The reason is simple. “The industry has been required to produce without investment in equipment or parts,” the trader said.

Unsurprisingly, Caracas has endeavored to avoid compensating foreign investors. Indeed, the gold repatriation, while not mining-related, underscore a Chavez decree three months on to withdraw from the World Bank’s International Center for Settlement of Investment Disputes (ICSID)—representing 140 member nations—where it faced 20 multi-billion-dollar claims. In a Foreign Ministry statement, the move allows Venezuelans “to decide the strategic orientation of the social and economic life of the nation.” Bolivia and Ecuador had pulled out years before.

Some powerful companies have been seeking redress there, including oil giants like ExxonMobil and ConocoPhillips. The final mining company to leave after an across-the-board mining fiat was Rusoro, a Russian-Canadian Toronto-listed gold junior after a profitable—and harmonious—10 years beginning in 2002. America’s Peabody Energy and Anglo American had long since abandoned minority stakes at Paso Diablo, Venezuela’s biggest coal mine.

Other Casualties of the Revolution
Crystallex International Corp. also suffered a particularly unpleasant high-profile divorce from the palace at Miraflores. Initially, officials at the Canadian company sought to develop one of the world’s biggest deposits—Las Cristinas—with its 16.9 million gold oz and 20.8 million oz indicated.

But in February 2011 the relationship was “unilaterally terminated.” Venezuelan authorities accused Crystallex of neglecting the project, dating back to the 1980s, for over a year for “reasons of opportunity and convenience.”

Crystallex officials countered in a release that they were effectively “shovel ready.”

It was no use. Crystallex was summarily forced into bankruptcy protection and de-listed from the Toronto Stock Exchange. Like Rusoro, company representatives are now seeking $3.8 billion in damages for a hearing before the World Bank’s ICSID set for November.

Like Rusoro, Chavez initially gave Crystallex a warm welcome: It was even awarded Las Cristinas over Canada’s Infinito Gold Ltd., which claimed rights to the asset after Placer Dome International Corp. abandoned the project during a slowing of global market prices before its acquisition by Barrick Gold Corp.

Chinese state-run investment company CITIC Group (formerly the China International Trust and Investment Corp.) has  since stepped into the breach; an ICSID lawsuit by Infinito seeking $1 billion was later dismissed.

Others are in the ongoing, seemingly uneventful fray. In 2008, for instance, Spokane, Washington-based Gold Reserve Inc. sued for $2.1 billion over the loss of its Las Brisas copper and gold mine—containing one of Latin America’s biggest gold veins.

Chavez’s appropriations are not without their domestic critics, notably the Venezuelan Confederation of Industries, decrying an atmosphere that “creates legal uncertainty, drives investments away and reduces the possibility of increasing production.” Jorge Botti, president of the Federation of Trade and Industry Chambers, called it a “fear factor.”

The factor continues, but it’s too late for Venezuelan mining.

In January, for the first time in his divisive rule, Hugo Chavez Frias missed his own inauguration amid months of chemotherapy treatment. But even without his presence, legions of the poor Venezuelans he empowered with mixed results cheered wildly.

Less than two months later, he would lie in state—with all the stillness of his beloved country’s mining sector. 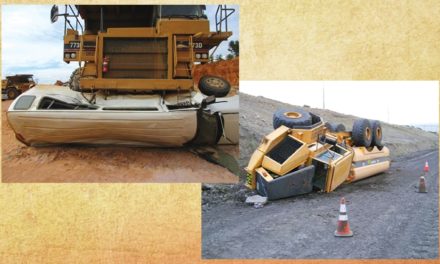 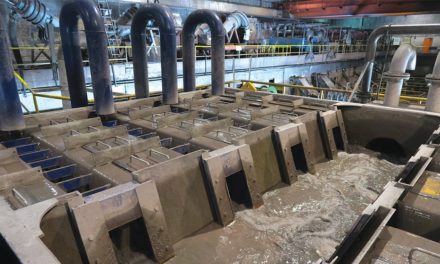 Reducing Mine Water and Waste Through Preconcentration