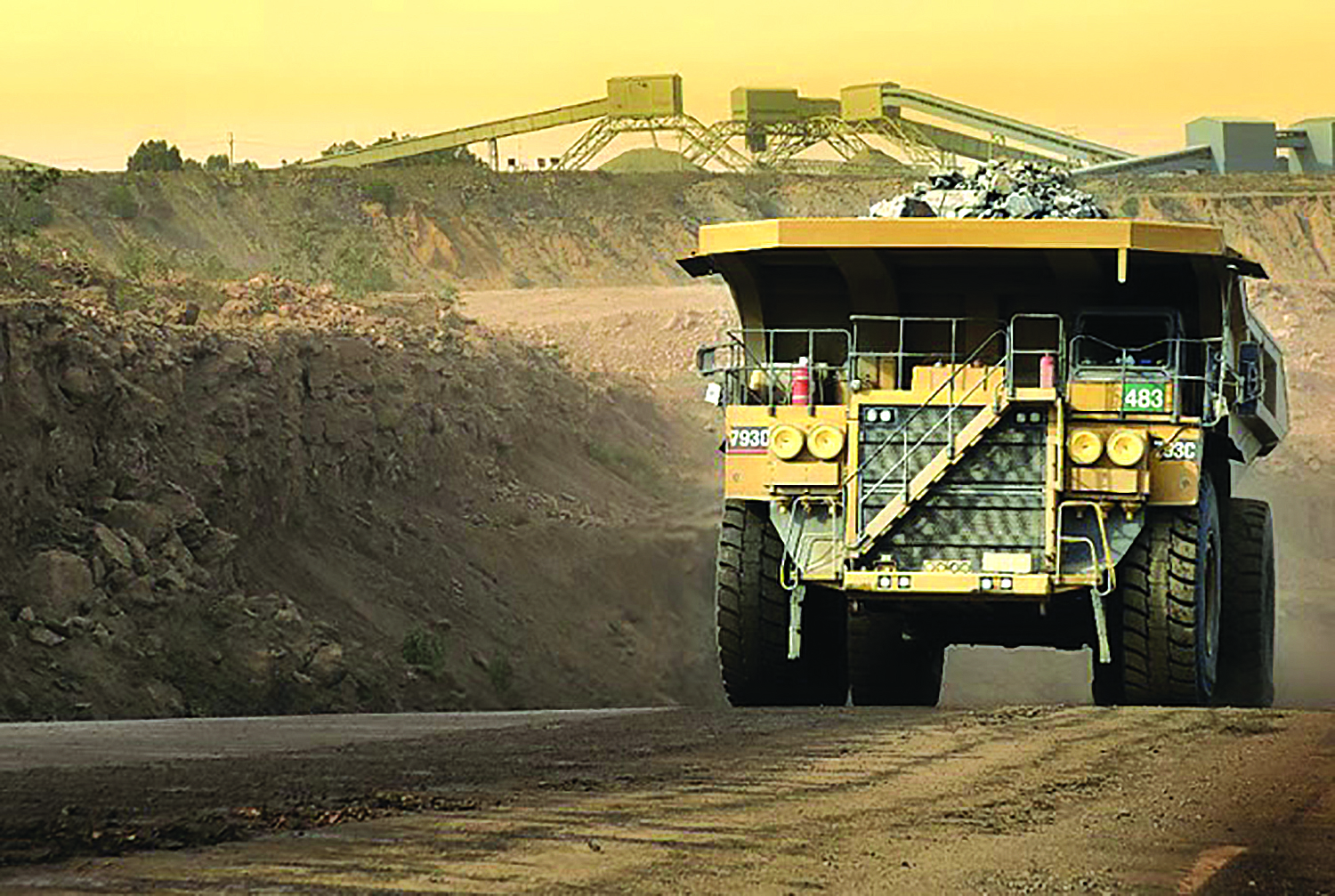 A haul truck carries ore at the Jwaneng mine, the richest diamond mine in the world by value.

After nearly a decade of stagnation; global sales are recovering rapidly and a shortfall of production makes prospecting viable again

Africa produces more than half the global diamond output. Its mines have produced legendary stones, such as those that adorn the crown jewels of the British royal family. However, with worldwide sales mostly flat over the past 10 years, few new mines have been built. This may be about to change as an overhang of stock, which weighed on prices, has finally been cleared.

“I think an oversupplied diamond supply chain was the biggest culprit for industry underperformance for the most of last decade,” said Paul Zimnisky of Diamond Analytics.

All-time high diamond prices in 2011 were the primary catalyst leading to the oversupply, he says. “Now, we are actually seeing the opposite effect, where a decade of lower prices has led to reduced supply — as there has been relatively little investment in new supply sources.”

The first and obvious factor in a supply crunch was the COVID-19 pandemic, which halted production across the industry. It also stopped international travel, a blow to a company such as de Beers, which now depends on dealers traveling to its headquarters in Gaborone, Botswana to purchase rough diamond lots.

Botswana, which is the biggest African diamond producer, endured eight months of border closures, which forced the de Beers Group to cancel most of its showings for 2020, or ‘sights’ as they are called.

Other countries were likewise affected. West Africa’s Guinea, which is developing its own diamond deposits in the Banankoro-Sefadou region, saw exports fall from 270,000 carats (ct) in Q1 2019 to 39,000 ct in Q1 2020, according to the National Bureau of Expertise (BNE), which oversees the country’s exports.

Now, the situation is changing for the better. India is the world’s largest processor of rough stones, where most end up being cut and polished before being re-exported for sale. India’s cutters and polishers have resumed working in spite of the country’s ‘third wave’ of COVID-19.

What’s more, the disruption to mining operations has eliminated the mountain of unsold inventory on which companies such as de Beers and Russian miner Alrosa were sitting. The pandemic’s suspension of mining operations has wiped out a diamond supply glut that has amassed over the last decade.

Industry leader De Beers Group, which supplies almost a third of world supply, says it now has fewer diamonds available after reducing its inventories. The firm said it sold 13.5 million ct against production of 7.2 million ct, during the first quarter of this year.

“We saw the continuation of good rough diamond demand during our second sales cycle of 2021 on the back of positive consumer demand for diamond jewelry,” said Bruce Cleaver, CEO of De Beers Group in a statement.

Russian diamond miner Alrosa, the world’s second largest producer, also said it sold almost twice the number of diamonds than it produced over the past year — 7.5 million ct mined, with 13.5 million ct sold. In total, first quarter sales are up 65% over Q1 in 2020.

However, COVID-19 is not the only factor at play. After peaking in 2017, rough diamond production had declined by about 5% per year, data collected by business consultancy Bain & Co. showed.

The combination of lower supply and low stocks will inevitably push up prices, well into the coming decade. 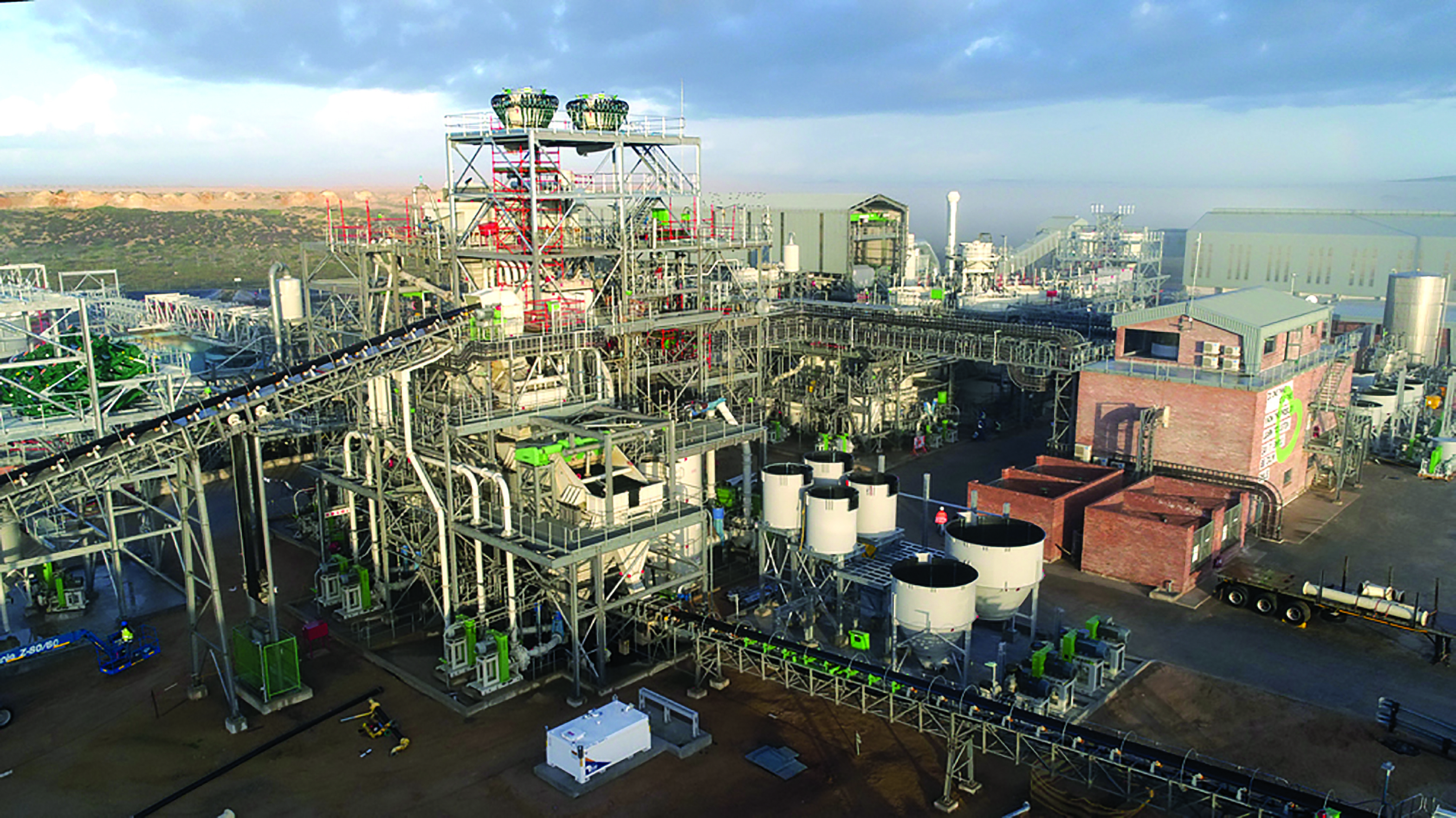 The 119 million ct produced in 2020 is estimated to have been the lowest level of diamond production since the 1990s. There are several new mines on the horizon, but these are unlikely to add significant supply.

According to Rappaport, the diamond industry’s data monitor, at least one large new mine is on the way, the Luaxe mine in northeast Angola. The site is the largest diamond discovery in more than half a century, and the government of Angola has spent more than US$200 million so far in development.

The deposit is only 20 km away from the world-class Catoca mine, which has been in commercial operation since 1997. Luaxe is expected to begin operating in two years’ time, producing up to 6 million ct annually. The mine will be 400 meters (m) deep with a useful life of 30 years, and is expected to produce 350 million ct initially. Eventually, it is expected to supply 9 million ct to the global diamond market per year.

Another African project is the Tongo-Tonguma in Sierra Leone. Under development by Australian-listed Newfield Resources, it is however a much smaller operation than Luaxe, that will eventually produce around 260,000 ct/y.

“I think we will see a new interest in both green and brown fields diamond exploration due to increasing diamond demand.”

Thanks to modern technology, artificial diamonds can be grown in the lab. Anecdotal evidence suggests these
are popular, especially as cheap costume jewelry. Indeed, the world’s largest maker of costume jewelry, Danish firm Pandora, has just announced it will stop using real diamonds altogether, and substitute with lab diamonds instead.

However, Campbell believes that demand for real gems will continue to grow, especially for weddings and engagements. “There is no substitute for a natural diamond to celebrate life’s most important occasions,” he said.

For this reason, exploration will be required to meet future demand.

“Canada has always been at the forefront of diamond exploration due to both high prospectivity and low politi-
cal risk,” Campbell noted. However, Africa — and the lower end in particular, will continue to attract attention from explorers.

“Southern Africa is also highly prospective for diamonds with Botswana having low political risk too and other countries in the region having gradually reducing political risk.”

South Africa will soon get a cadastre system, that accurately tracks mining rights and license holdings — the lack of which largely wiped out junior mining and exploration in the country.

At the Junior Mining Indaba, a Johannesburg event held in May, it was announced that the legal vacuum which has existed for the past ten years will soon be over. “It will be a completely new cadastre system,” said Thabo Mokoena, Director General.

Department of Mineral Resources and Energy (DMRE), adding that the system will be in place before the end of the year. “This will provide complete information on mining exploration. It will be completely transparent,” Mokoena said. He said it would provide reliable information on precise locations of exploration and mining rights, and would be transparent and accessible to the public and, more importantly, investors.

Lack of a functioning system has been a major complaint from miners. Without it, it was impossible to verify licensed exploration sites. It left explorers vulnerable to corrupt officials who could simply take over a claim by withholding licensing details.

The lack of a cadastre system was a major factor in an 8-year backlog of license approvals, with some 5,300 outstanding applications, said Paul Miller, Director of AmaranthCX.

Miller told the Indaba, that in spite of the DMRE inching towards new systems of registration, it still lacked the urgency to do so. “DMRE is institutionally incompetent, Miller said. “It treats investors with complete contempt.”

Miller said that South Africa’s share of global exploration investment was only 1%. The DMRE had set a target to raise this to 3%, which in Miller’s view, was unlikely to be achieved.

“The biggest obstacle to growth and investment is the DMRE, in all its dysfunctional splendidness,” Miller said.

However, Roger Baxter, CEO of the Minerals Council, the industry representative body countered that communication between miners and the DMRE has vastly improved over the past few years. “We’ve not been scared to have frank and candid discussions.”

Following the exit of Mosebenzi Zwane as mines minister 2 years ago, the relationship between mines and government had vastly improved. Zwane is currently under criminal investigation for a host of fraud and corruption activities during his time in government.

Baxter said both the council and DMRE were working towards jump-starting the country’s moribund junior ex-
ploration industry. Some 3,000 junior companies were listed on stock exchanges around world, but just 10 were in South Africa.

A decade ago, the country attracted 5% of world exploration spend, now it was less than 1%, Baxter noted. This was largely due to the cumbersome exploration permitting process; for instance, Botswana issues an exploration license within 30 days, while South Africa takes 300 for the same permit.

For this reason, the industry was helping the DMRE develop a cadastre system and would even help pay for it. “We are willing to assist with funding, because a cadastre system will be a game changer for this country.”

The DMRE is not the only hill explorers must climb to get their projects into production. Explorers are increasingly targeted by environmentalists, leading to long delays in project launches. Mark Summers is the CEO of Kropz, which is building a phosphate mine around 40 miles north of Cape Town.

He said the company had spent the past 4 years fighting “disgruntled environmentalists” to secure water permits to run the mine. “We were fortunate we had a strong balance sheet, so we could fight those battles.”

With the matter now settled in favor of Kropz, the company expects to begin operations later this year. In the meantime, another blow to Kropz came from state logistics firm Transnet, which runs the port of Saldanha Bay. This is relatively close to the Kropz mine site, and the plan was to ship ore from there to international customers.

However, in May Transnet said it might not be able to assist Kropz, because of declining capacity and infrastructure at Saldanha. “Little did we know we’d be stuck with Transnet and the problems they have,” Summers said. Kropz will soldier on, but the lesson was learned. “Don’t assume a port will be available, just because it’s the closest to your mine.”

Further afield, Africa remains a favored destination for explorers, the Junior Mining Indaba heard. An immediate challenge over the past year of course, has been the COVID-19 pandemic, and the severe disruption to travel.

William Witham, CEO of the Australia-Africa Minerals and Energy Group, which represents Australian companies engaged in the development of Africa’s resource industry, said covid made it difficult for companies based elsewhere to run their projects.

Often, African staff had to step in while their Australian employers were stranded half a world away.

“Because of interrupted air travel, we saw lots of the local people step up,” Witham said. “There’s been quite a lot of promotions of locals into management level.”

He warned however, that countries were seeking to get more of a return from mining activities. “All round Africa, countries are wanting more of a take of the mine. We’re seeing increases in tax, royalties, even tax on transactions outside the country. It’s a worrying trend.”

This trend accelerated during the pandemic, Witham added. “Without management being able to get to countries, we are seeing quite large tax claims of ridiculous proportions in some countries. Fortunately, we’ve since been able to talk most of them down.”

Winning the War Against Wear 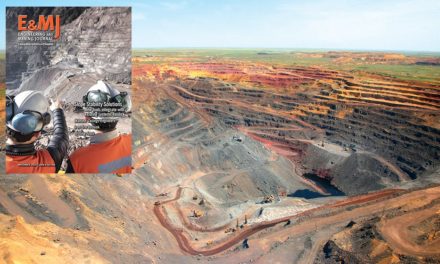