Fernando Gala, vice minister of Mines of Peru, insists the government is doing its best to speed up the approval of environmental impact assessments and points out that Peru has to invest in education to feed the market with all the professionals needed

What is the importance of mining for the Peruvian economy?
Mining is extremely important for Peru. The taxes obtained from mining represent about 40% of the country’s total income tax and nearly 25% of the total taxes raised by the country. A second factor is the generation of currency: 60% of the country’s total exports come from mining activities. A third aspect is employment; some argue mining does not generate many jobs. Indeed 126,000 direct employees does not seem a big figure; however we need to consider indirect jobs which are five times as many. That means more than 700,000 people depend on mining to make a living. A further 1.9 million are supported by the wages earned by these workers. Besides, the salaries paid by the mining sector are higher than in other industries.

A fourth aspect is the purchases made by the mining sector to national companies. Finally, the mining companies, often in remote areas, develop important social responsibility initiatives. In some way they replace the state because the state does not have the resources to reach all areas.

Peru respects the norms for the long term. However the tax stability agreements started in 1992 at a time where Peru was just leaving behind a very bad period; a way of attracting investments was to guarantee these tax agreements. Today, nearly two decades later, Peru has gained the trust of investors so I do not think mining companies really need that as it comes at a cost anyways: two percentage points more in income tax.

How can you improve the time needed for the approval of environmental impact assessments (EIAs)?
The Ministry of Energy and Mines evaluates and approves the EIAs, but is not in charge of monitoring them. Lately we have had a wave of studies and we have had to hire external experts to deal with them. We are trying to reduce the timings while we increase the quality of the evaluation process. In order to have good projects, these need to be carefully evaluated.

Can the country offset the declining trend in gold production?
Gold is a precious and expensive metal. I was asked why we only have gold reserves for 11 years. The truth is the world’s largest gold producer (China) only has reserves for six years. We have interesting projects, like Conga, that will compensate for Yanacocha’s decline in production. We will not grow in gold as we are going to do in copper, but we have resources to maintain production levels for a few years. Now that mining is again in a high cycle, there are voices asking for higher taxation on the industry. In Peru, the sector is responding by donating money to the voluntary fund.

Will the current agreement be renewed?
The voluntary donation program expires at the end of this year and there is a proposal for renewal for five more years, until 2015. As a government we do not want to take long-term measures with regard to taxation because this would tie the hands of the next administration, which may want to explore other ways of raising the income from mining activities without damaging the competitiveness of the country. Critics argue Peru should move down the value chain instead of just exporting raw materials.

We have to look at more added value in the medium term. Right now Peru needs to take advantage of the avalanche of investments to reduce poverty rates, generate sustainable development and promote the growth of the industry. This will be achieved mainly through the trebling of our copper production in the next years. Once we achieve that, we can think of the next stage: to add more value to our production. By then we will already be a more developed country and we will be in a better position to undertake that change. All of the countries that are developed today started producing raw materials initially.

Companies complain the Peruvian state leaves them with the burden of developing the infrastructure in the country.

The state only raises money through taxes. The bigger the production, the more money we raise. In a country like ours the state has to prioritize the investments in health, education, electrification and other basic needs. Infrastructure is definitely a challenge. In a developed country, the infrastructure is already given. But despite our infrastructure shortages, the country is still competitive to attract investments.

How is the industry going to cope with the shortage of professionals?
We have to be prepared to absorb all of the investments that are coming in mining and other sectors. In our country the universities have not traditionally worked closely with the private sector; we need to increase the collaboration between industry and academia.

What is the potential in other metals?
From an economic point of view, gold and copper amount to 78% of the total value of our exports. Yet we also are a world power in silver, a metal being used in new applications, and we have lead, tin, zinc, indium and selenium.

How do you think the industry can improve its community relations on sensitive issues such as water usage?
Community relations in Peru are a delicate matter because there are local populations spread around the country and education levels in remote areas are pretty low in Peru if compared to other countries. Therefore we need to make a strong effort in communication, to tell the local communities about how modern mining operates and what they can expect from mining companies. Every actor should make a stronger effort in communication, not only mining companies: also universities, media and service providers.

According to the Water National Authority, mining only accounts for 2% of the total water consumption, yet the perception of the population is that agriculture will suffer from mining usage. In the case of the Tía María project, for instance, the authority stated very clearly that the underground water was going directly to the sea, therefore Southern could use it without affecting agriculture. Yet the locals opposed the idea. Now, Tía María is going for the seawater option. Quellaveco is also looking at alternatives for water usage.

Would you like to add a final message for the readers of E&MJ?
Peru offers a favorable climate for investment thanks to its diverse resources, its legal stability, its solid economy and the country’s competitiveness in many aspects. We invite investors to come and develop modern mining in Peru and to make a commitment to the communities’ sustainable development. 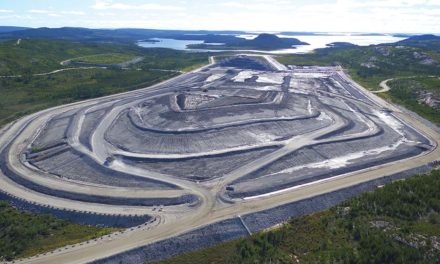 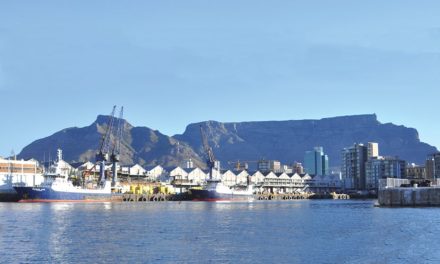 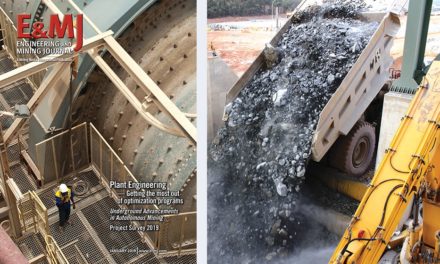