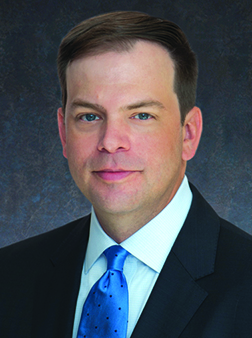 The Federal Mine Safety and Health Commission (FMSHRC) is not exactly an obscure government agency, but it’s not one that garners much public attention. Even in the mining industry, it is safe to assume the commission doesn’t often come up in conversation. Nevertheless, it is important. It plays a key role in the administration of the Federal Mine Safety and Health Act of 1977 (Act). To some degree, that role is political or influenced by politics, and the new administration is now poised to put its political mark on the commission.

Before explaining how and offering an example of why it matters to all of us in the mining industry, it may be worthwhile to explain the commission’s purpose and role. In the commission’s own words, it is “an independent adjudicative agency that provides administrative trial and appellate review of legal disputes arising under the” act.  It is “solely concerned with the adjudication of disputes under the Mine Act, including the determination of appropriate penalties.”

The commission’s “administrative law judges… decide cases at the trial level,” and “the five-member commission provides appellate review.” Appeals of final commission decisions are to the United States Courts of Appeals.

MSHA makes and enforces the rules, and MSHA (represented by attorneys in the solicitor’s office) prosecutes mine operators (and, occasionally, their agents) for alleged violations of MSHA’s rules. The commission (and the judges it employs) serves as the adjudicator of those alleged violations.

The commission’s “independence” is independence from MSHA. MSHA makes the rules and enforces them, but the commission serves as a vital arbiter of and check on MSHA’s actions.

Nevertheless, the political composition of the commission matters. To see how, one need look no further than the commission’s August 24, 2020, decision in Secretary of Labor v. The Doe Run Co. The case involved a roof fall “of catastrophic proportions” in an underground metal mine that fatally injured a mechanical scaler operator. When the roof fell, the operator was inside a reinforced cab, under bolted top and roughly 60 ft from the face.

Examination of the area before the accident did not reveal any adverse ground conditions, and an MSHA inspector examined the area just hours before the roof fell. In short, it was “[t]he unanimous opinion of every witness who worked in the fall area prior to the roof fall was the ground conditions and ground support were typical and good.”

[a]ll too often operators evaded responsibility by concealing or destroying evidence of accident causation, the explanation of which was their own avariciousness, recklessness, and gross indifference to miners’ health and safety. The long history of American mining shows how with the aiding and abetting company lawyers, constabulary, and biased judicial donees, mine operators routinely evaded liability for even the most flagrant misconduct. American mine workers’ ability to obtain even minimal safety and health protection and minimal measures of justice were regularly blocked by an enabling political class, which, at Big Mining bidding, servilely refused to pass any meaningful regulatory reform. For score after score of years, mining state politicians would Pharisaically invoke the inscrutable nature of God’s will to explain away avoidable accidents.

Although the judge said this “observation” should “not be construed to imply that” the mine operator “in any way acted reprehensibly,” he never-
theless affirmed the two ground control citations. He held that “where there is an accidental roof fall causing death… the fact of the fatal accident itself, by reason of strict liability, demonstrates a per se violation of the safety standard.” In other words, something terrible happens in a mine, the mine operator is strictly liable, no matter how unprecedented or unforeseeable, regardless of what the operator did or could have done to prevent it from happening.

On appeal, a majority — three of the five commissioners — reversed the judge’s decision and vacated both citations (and very lightly chided the judge for the “diatribe” quoted above). The majority held that the judge “committed basic legal errors,” “confus[ing] the strict liability the Mine Act imposes for violations with an entirely separate and different legal concept.” In short, an operator is liable “only if [a] condition or practice is found to constitute a violation of the Mine Act or its standards.” Strict liability doesn’t mean liability regardless of what the law requires of an operator, and the operator acted reasonably and did what the standards required of it.

The majority’s decision was clear, thorough and well-reasoned, but the holding was not new, novel or ground-breaking. Indeed, it was “supported by no less than four commission cases.” It should have been an easy decision. However, two commissioners actually voted to affirm both citations. A single vote saved long-standing, obviously correct commission precedent.

The commission’s political makeup may soon be changing. While two of the commissioners in the Doe Run majority and one of the dissenters
continue to serve, the commission now has two open seats. President Joe Biden will have an opportunity to fill them both, and he may or may not fill them with individuals who would agree with the judge in the Doe Run case. The Senate must confirm any nominee, and we should all hope that the any nominee inclined to agree with the dissenters in Doe Run is at least asked to explain why.

Brian Hendrix is a partner with Husch Blackwell. He can be reached at brian.hendrix@huschblackwell.com. 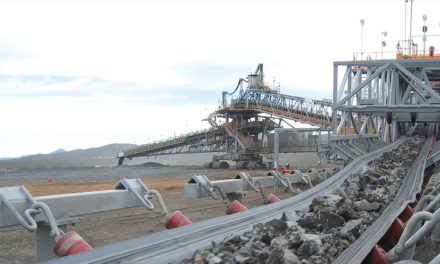 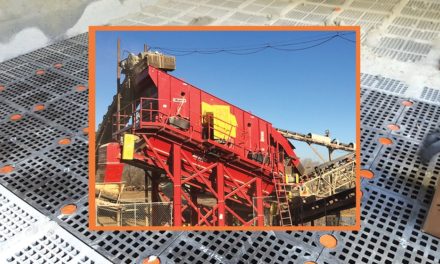 Designed to Stay Off Your Mind