Unmanned aerial vehicles, or UAVs, have become a fairly regular feature of news broadcasts, albeit in a military context rather than for mining and exploration. Nonetheless, the ability of these mini-aircraft to operate under distant (and sometimes very distant) control in a hostile environment has shown just how useful they can be, a fact not lost on the remote sensing industry for civilian applications as well.

UAVs have already done brief flypasts in E&MJ twice this year, in our January article on digital solutions for mine mapping (pp.40–43) and in the slope-stability monitoring feature in May (pp.32–41). As noted there, the main strengths of the technology lie in using UAVs to monitor changes in profiles and volumes, to gather data that can then be used back in the office to calculate rock tonnages moved, and to update mine plans without the need for surveyors to spend valuable time regularly undertaking repetitive measurements.

In cash terms, the benefits can be significant. In a Reuters article published to coincide with this year’s PDAC International Convention, economics reporter Allison Martell quoted Mike Hutt, head of the unmanned aerial vehicles project office at the U.S. Geological Survey:  “Mapping with drones can be much cheaper than traditional aerial surveys,” Hutt said. “It may cost $2,000 an hour to rent a helicopter, while our costs for sending a couple of operators out with a system is under $200 an hour.”

However, not everything is plain sailing when it comes to the actual logistics of using UAVs, since governments remain wary of unsupervised reconnaissance of this type. As Buddy Doyle of the Canadian company, Stratus Aeronautics, told Martell, “The biggest hurdle is regulatory.” As Martell pointed out, in the U.S. currently only public agencies can fly drones, while in Canada, operators have to apply for regulatory waivers. However, that is set to change, with U.S. airspace scheduled to be opened to private-sector UAVs in 2015. In many countries, Martell added, regulators insist that drones stay within sight of their operators on the ground.

That, of course, is less of an issue if the aim is just to acquire data on last month’s bench moves, but constitutes a significant handicap if a company wants to use a UAV for something more extensive, such as an exploration survey across challenging countryside. The focus up to now has mainly been on site monitoring, with the technology having spread from applications such as landfills to open-pit mines and quarries. However, there is an increasing incentive to use a new generation of larger drones, capable of flying further and carrying more sophisticated geophysics packages for regional exploration.

One of the mapping companies attending PDAC, Canada’s Accuas Inc., creates 3-D maps from UAV-sourced data. Martell quoted company president, Scott McTavish, as being strongly optimistic about the future of the technology. “Starting a year ago, there’s been a really big push on UAVs,” McTavish said. “I think it’s going to continue to grow.”

UAV Technology
With the market for UAV-based remote sensing having expanded significantly over the past five years, more and more suppliers are offering their take on the best combination of drone and data-gathering equipment. UAVs now come in all shapes and sizes, from things that will fit into a briefcase to more complex machines that can carry heavier loads.

As an example, German company Microdrones now offers a three-model range of quadrocopter platforms, having added the md4-3000 to its existing -200 and -1000 UAVs. The new machine carries a 3-kg (6.5 lb) payload with a flight time of around 45 minutes, compared to the 200-g/35-minute capability for the -200 and 1.2 kg/88 minutes for the -1000. The company demonstrated the md4-1000’s rough-terrain capabilities earlier this year with a fully automatic, 25-minute flight over the Alps from Switzerland to Italy.

Meanwhile, the X100 UAV from Trimble’s Belgium-based subsidiary, Gatewing, is much more recognizably an aircraft, albeit a briefcase-sized one. Weighing just 2.2 kg (5 lb) with a 1-m wingspan, the “Wing” uses a battery- powered pusher propeller to fly at up to 80 km/h (50 mph), with a 45-minute flight endurance. Once at the correct altitude, the Wing follows a pre-programmed flight path, with launching, flight, landing and camera activation all automatically controlled, Gatewing said.

Examples of survey companies using X100s for mine and quarry applications, include mapping at a 200-ha (495-acre) open-pit nickel mine in New Caledonia, and routine monitoring of a number of mines and quarries across Australia. In each case, the company said, the cost of using a UAV-based system was much less than that of a survey crew with a conventional helicopter, as well as keeping personnel away from active mine operations.

As for the cost of buying a UAV, French supplier Lehmann Aviation offers its entry-level drone, the LA100, for €990 ($1,300) although the camera is extra. More realistically from an industrial standpoint, Lehmann described its €7,000 LP960 as a rugged unmanned aerial platform designed for creating geo-referenced orthomosaics and digital elevation models (DEMs), as well as high-resolution images and live video. The LP960 now comes with a Windows 8-based touchscreen tablet, with software to help immediate processing of all flight data on a tablet, laptop or desktop PC.

Lehmann pointed out that it has never been easier to prepare the mission and control and geotag images in order to survey mining sites. To prepare the flight, the user just has to “draw” the area of interest on a touchscreen tablet, enter the waypoints and the operation center automatically generates missions and programs the drone, which is equipped with an advanced autopilot and navigation systems. At the end of the mission, the images captured are easily processed in the most popular orthomosaic/DEM software to generate maps, orthomosaics and 3-D models.

Processing is the Key
Obviously, acquiring images is just one facet of the UAV picture; suitable processing is needed to make it usable. In May, Trimble launched version 3.0 of its Business Center survey processing software. This is powerful, next-generation surveying office software with photogrammetry enhancements that include the ability to process images from the Gatewing X100 UAV, the company said.

According to Trimble, surveyors can now combine aerial images with GNSS measurements on ground control points and 3-D laser scans to map large, complex sites. The new version also introduces 64-bit processing, allowing users to make better use of their computing facilities to display large images seamlessly. Images “tile” automatically on import, and the displayed resolution adjusts seamlessly as users zoom in and out for better image viewing.

Trimble followed this with the launch of the Gatewing UX5 in June, which it said  is the first complete UAV photogrammetric mapping solution specifically designed for surveyors and geospatial professionals. The new drone uses Trimble’s Access aerial imaging application: field software for planning UAV missions, performing flight checks and monitoring flights—all with intuitive workflows. It is used to define the project area, avoidance zones, flight parameters and takeoff and landing locations, as well as to perform pre- and post-flight checks and download the flight data and images after landing. The software also includes fixed post-flight procedures to ensure that operators do not leave the field with a dataset that is incomplete or inconsistent.

Although today’s UAVs are predominantly lightweight, made of carbon fiber and expanded foam, experience has already shown that they can be tough enough to withstand the rigors of mine-site work. This, however, was not always the case, as Doyle told Martell. Referring to a project in 2007 at Diavik, using a military-standard drone, Doyle pointed out that it was not as successful as had been hoped. “It didn’t like landings,” he said.

Clearly, problems like that have now largely been overcome, especially as the software used to control UAVs has become smarter and more focused. Capable of flying in light rain, dusty and windy conditions, drones are increasingly becoming a valuable addition to the mine surveyor’s toolkit. 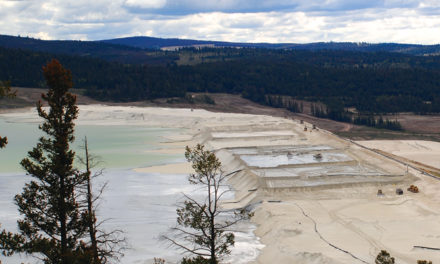 Keeping the Cost of Tailings Storage From Becoming a Liability 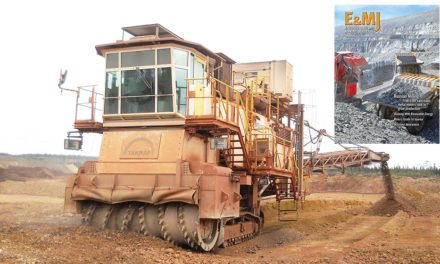 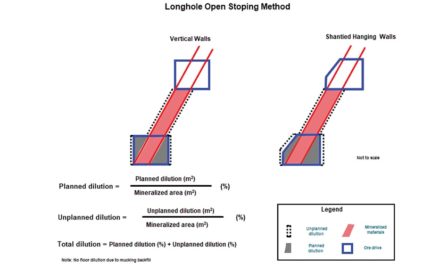