For manufacturers of diesel engines used in off-road applications, the past few years have been a time of preparation, validation—and reassurance. The handful of major engine suppliers deeply involved in mine-equipment diesel power used most of 2009 as well as the rapidly expiring 12 months of 2010 as a runup period to introduce, certify and implement production plans for models in the power ranges covered by stringent new emissions standards scheduled to take effect on the first day of 2011.

The driving force behind all of this activity is the tiered series of diesel emissions regulations initiated 13 years ago by the U.S. Environmental Protection Agency. The EPA’s “Tier” standards 0 through 4 have been generally mirrored by the European Union’s Stage I through IV standards. With the latest (Tier 4, Stage IIIB) regulations poised to take effect at the turn of the year, these standards, as applied to off-road engines and described by a recent backgrounder report released by the Diesel Technology Forum—a supplier-supported diesel advocacy organization—require progressively lower allowable emissions of nitrogen oxides (NOX) and particulate matter. “It is a complex system and its compliance dates are based on engine power rating as well as other factors,” the report notes, and as E&MJ researched this article, one engine expert joked, “Nope, Tier 4 compliance isn’t rocket science…it’s actually much more complicated than that stuff.”

The Tier 4 standards offer manufacturers a provisional step (Interim Tier 4, or 4i) that stipulates a certain level of emissions particulate-matter emissions, followed by a final step, starting in 2014, that dictates additional cuts in NOX and HC emissions. Overall, Tier 4 essentially requires manufacturers to reduce emissions to levels anywhere from 50% (NOX) to 90% (PM) lower than the current generation of diesel engines. However, Tier 4 emissions requirements apply only to new products and are not retroactive to existing machines or equipment. Engines or diesel-powered equipment designated for export outside the U.S. also aren’t affected by Tier 4 regulations, although some manufacturers have stated as a matter of policy they’ll only offer appropriate Tier/Stage-compliant engines to all of their global customers regardless of location.

Throughout the process, engine builders have been able to achieve certification by way of three options: “straight certification,” or full compliance with currently applicable Tier requirements; “banking” or trading credits, which involves using measured under/over compliance of certain engine families with current Tier standards as currency to achieve compliance in other engine families by “averaging out” emissions performance, banking these emissions credits to use them in future years; or simply trading them with another manufacturer. Engine builders also have been able to take advantage of a flex program that allows them to continue offering engines that only meet the prior Tier emissions level instead of the applicable current level; this allows manufacturers to avoid the expense of essentially revamping their entire product line to meet current limits every time the latest Tier standards take effect.

Although Tier 4/Stage IV standards apply to all off-road diesel engines—with the exception of those used in underground mining and certain other nonmining applications—the immediate focus is on engines rated up to 750 hp (560 kW), because Tier 4i/Stage IIIB standards immediately impose noticeably higher limits on this range than on the much higher-horsepower units that are the workhorses of mine loading and haulage. The midrange-size diesels affected typically are used to power wheel loaders, bulldozers, road graders, smaller rigid-body and articulated haul trucks, hydraulic excavators, drills, and other types of mobile support and utility equipment as well as stationary equipment (crushers, gensets, etc.)

Engines designed to comply with Tier 4 rules will indeed be different animals than their predecessors, and with the tight technology-implementation deadlines imposed upon engine suppliers to meet rising emissions-control demands, off-road diesel equipment OEMs and end users are curious, if not somewhat apprehensive, about the immediate and long-term costs, benefits and unknowns they’ll eventually have to confront when time comes to redesign/replace older equipment. Some of these considerations pertain to:

E&MJ addressed a number of these issues a year ago (See “High-horsepower Diesel Design Revs Up to Meet Tighter Emissions Standards,” December 2009, p. 72). Over the past year, engine builders have introduced literally dozens of new models in the ≤750-hp range that are Tier 4i/Stage IIIB certified. This article recaps some of these new products with relevance to mining.

Caterpillar, for example, had already been conducting Tier 4 integration workshops with OEMs, focusing on various aspects of its Tier 4i/Stage IIIB ACERT engines. The collaboration process, said Cat, provides benefits for OEMs such as detailed packaging and installation data as well as direct interaction with Cat dealer and factory technical experts. These collaborative efforts, according to the company, were integral to its New Product Introduction (NPI) process for obtaining ‘voice of the customer’ requirements early in the product design and development stage which helps minimize the design time for new product installations. Other engine vendors carried out their own OEM-reachout efforts as well.

Because no single technology can reduce all regulated emissions to the levels demanded by Tier 4 final standards, manufacturers have selected from a laundry list of available technologies to suit their corporate requirements and objectives. In a recent white paper titled Off-road Diesel Vehicle Emission Regulation–Trends and Challenges, researchers from Tata Consultancy Services provided thumbnail descriptions of each major supplier’s core Tier 4 strategy. Excerpts follow:

“Caterpillar will continue to follow its ACERT technology path and build Tier 4 on it. The core concept behind ACERT technology is advanced combustion. The combustion process is carefully controlled to reduce pollutant levels, while maintaining performance and efficiency. To meet Tier 4 requirements, Caterpillar is focused on deepmachine integration, electronic controls and aftertreatment. Caterpillar’s Tier 4 engine systems will be equipped with PM after-treatment technology, including oxidation catalysts and diesel particulate filters with advanced regeneration systems that will optimize uptime, fuel efficiency and operator convenience. The engines will not use SCR to meet Tier 4 interim regulations. CNH, a Fiat subsidiary, uses externally cooled EGR coupled with DPF for lowersize engines. This solution meets emission targets at low cost and with limited impact on vehicle space requirements. Medium to large vehicle applications go with SCR as such machines will have less space constraints. SCR has been selected as it offers significant operating cost reduction compared to other technologies, lower maintenance cost and excellent engine performance and fuel consumption. Adding to above technologies, the engines come with common rail elec-tronic injection and two-stage turbocharging.

Missing from these descriptions is mention of an early 2010 announcement by Komatsu America that  it was implementing new diesel technology that meets Tier 4i standards. Based on Komatsu proprietary technologies, this approach is claimed to reduce exhaust gas particulate matter by more than 90% and NOx by more than 45% when compared with current Tier 3 levels, while still consuming less fuel.

The new C13 ACERT is a 12.5-liter-displacement engine and delivers 385-475 bhp (287-354 bkW). It is claimed to provide torque up to 1,604 lb-ft (2171 Nm), is electronically controlled and features a mechanically actuated electronic fuel injection (MEUI) system and asymmetric turbocharger.

The 15.2-liter C15 delivers 475–580 bhp (354–433 bkW) and provides improved lower end power density compared with the Tier 3/Stage IIIA configuration.  The C18 is an 18.1-liter displacement model that delivers 600–765 bhp (448–571 bkW); depending on power requirements, either single asymmetric or series turbocharging is used. Cat said power density for the 765-bhp (571-bKw) rating has been significantly increased over the Tier 3/Stage IIIA model and it does not require aftertreatment. The C15 and C18 are built on a common core platform and share similar physical dimensions. According to Cat, a C18 800-bhp/ 597-bkW model will be available only in Tier 4 Final configuration.

The C27 ACERT is a 27-liter, 800–1,050 bhp (597–783 bkW) unit and, according to Cat, can easily be integrated into OEM equipment powered by Cat’s Tier 2 configuration or a competitive model.  It produces maximum torque of up to 3,539 lb-ft (4798 Nm) and features side-mounted asymmetric turbochargers and a mechanically actuated electronic fuel injection (MEUI) system. The C32, a 32.1-liter displacement model producing 950–1,200 bhp (708–895 bkW), is equipped with side-mounted asymmetric turbochargers. Both engines are built on a common core platform and do not require aftertreatment to achieve Tier 4i emissions.

In April 2009, Cat introduced the C7.1, a 7-liter family with a power rating of 175–300 hp (130–225 kW) and peak torque of 944 lb-ft (1280 Nm). That engine includes Cat’s Clean Emissions Module (CEM) aftertreatment system to meet Tier 4i/Stage IIIB emissions standards. Cat said it is designed to allow OEMs maximum flexibility in mounting the aftertreatment module in a wide variety of locations depending on the application. Equipped with a next generation A5 electronic control unit, high pressure common rail fuel system and a two-stage Smart Wastegate turbocharger, Cat claims the new C7.1 ACERT engine delivers excellent low-speed response and torque as well as superior power density at higher speeds.  Fuel consumption improvements of up to 5% have been realized compared with equivalent Tier 3/Stage IIIA engines.

Cummins announced in September it was commencing production and supply of its Tier 4i and EU Stage IIIB compliant QSB6.7 and QSL9 engines. The QSB6.7 is certified to a power output of 300 hp (224 kW), while the QSL9 engine offers output of 400 hp (298 kW).

Tognum subsidiary MTU Friedrichshafen used the bauma event to highlight its compliance plan, which it said is designed to meet all foreseeable future emissions standards. The program involves engines up to 730 kW for Tier 4 (from 2014) as well as engines below 560 kW for Stage IIIB and Tier 4 interim and includes its Series 400, Series 500, Series 900, Series 2000 and Series 4000 engines producing 100 kW to 3,000 kW.

Ten- and 12-valve Series 1600 engines for mining applications will extend MTU’s product line up to 730 kW. These meet EPA Tier 4 requirements by using EGR and do not need diesel particulate filters or SCR units. MTU has placed particular emphasis on optimizing the combustion process in these engines, and has raised injection pressure to 36,000 psi and incorporated two-stage intercooled turbocharging.

Beginning in 2014, in its range of engines rated up to 560 kW, MTU will extend its offerings below the Series 1600 with new 4- and 6-cylinder engines designated Series 1000, Series 1100, Series 1300 and Series 1500. These engine series will meet Stage IV and Tier 4 final specifications and will be equipped with EGR, DPFs and SCR systems. The engines are based on a new generation of Mercedes-Benz truck engines engineered by MTU for off-road applications.

To comply with Stage IIIB and Tier 4i standards, MTU will equip these engines with an integrated SCR unit. This technology, according to MTU, was selected after consultation with major customers and allows OEMs to convert their vehicles and equipment for 2011 emissions targets with the least possible outlay. This approach also brings additional benefits in the form of reduced fuel consumption.

Further tweaking of its larger Series 2000 and Series 4000 engines to comply with Tier 4i and Tier 4 final standards, said the company, will primarily be aimed at the U.S. market. The first public introductions of these engines will occur at trade events taking place in the U.S. in 2011.

Deere elected not to use SCR, noting instead its cooled EGR and exhaust filter approach provides OEMs and end users a proven solution with the best total fluid economy. The single-fluid approach of cooled EGR means owners and operators won’t incur the cost of diesel fuel plus an additional cost for diesel exhaust fluid (DEF) required by SCR systems. 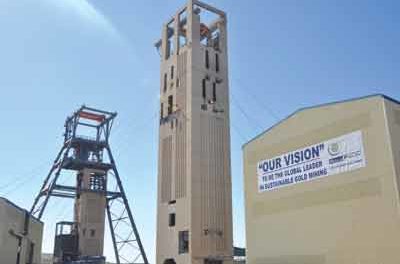 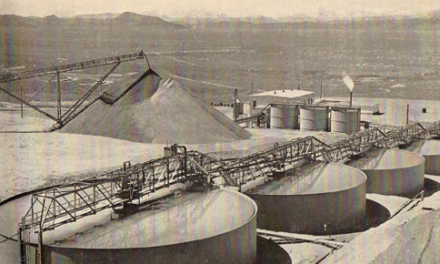 The 1970s: The Great Mining Buildout