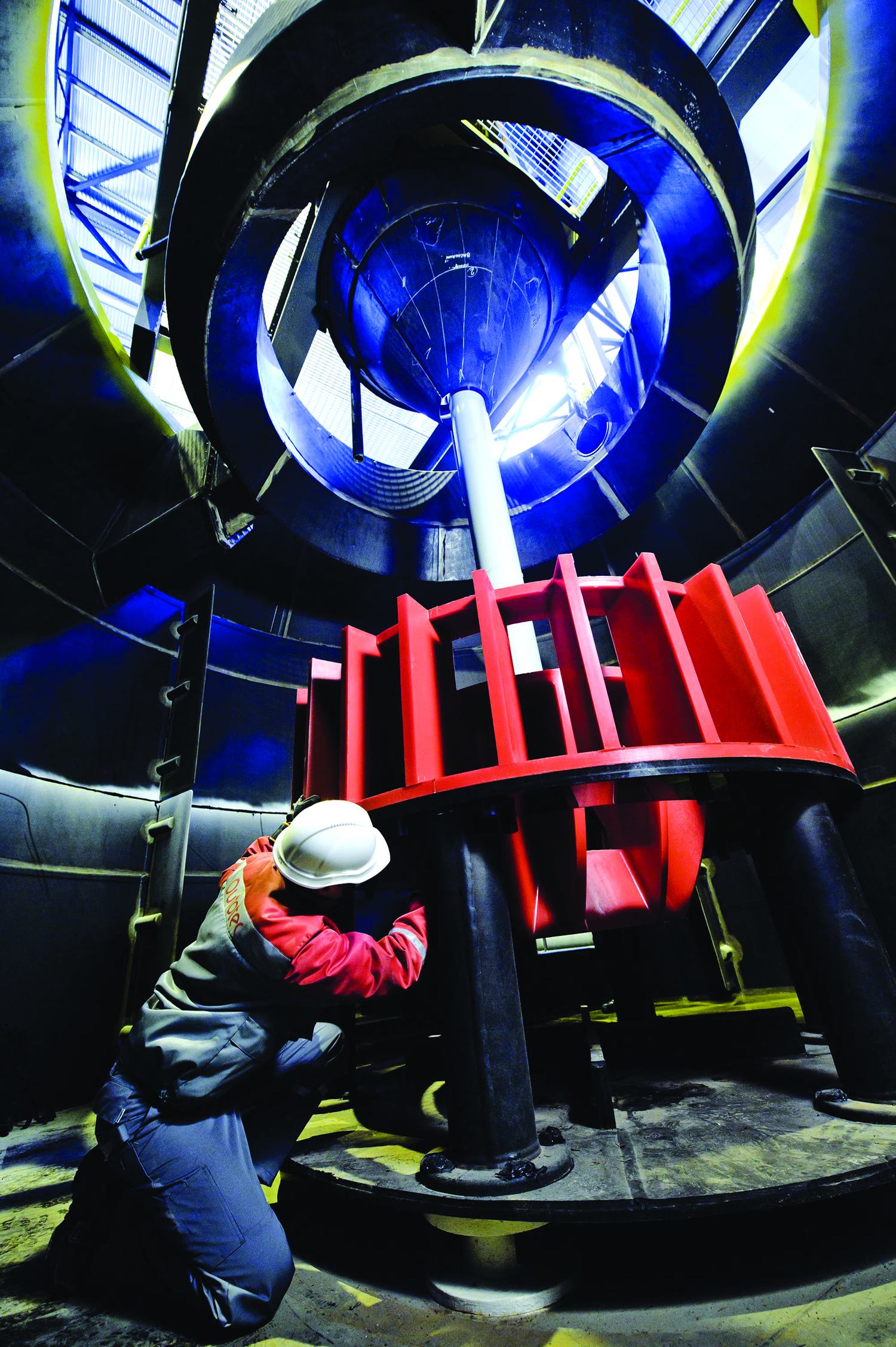 There are really two ways to improve profit on-site. One way is to focus on profit through cost savings and reducing operating costs. The second way is through producing more metal by improving operational efficiency and equipment availability. This article discusses five main areas that will have the biggest impact on flotation performance, thereby optimizing profit. They are:

In order to understand where the opportunities exist, one must have a good understanding of the equipment. The first step is understanding the role various components play in the successful production of concentrate. The challenge is then relating the plant’s metallurgy to equipment performance and then determining if there will be benefits gained from changing the current situation.

Often, various departments on-site such as maintenance, operations and metallurgy all have different ways of looking at machine availability (or not looking at it). “Broken links” between departments usually result in a loss of performance. It is strongly recommended to never underestimate the importance of maintenance. Some examples of common maintenance issues seen on-site include:

Traditionally, mechanical flotation design has focused on the pulp zone or residence time, with little emphasis on the mineral’s froth phase. How it performs in the froth is critical—if the mineral doesn’t manage to travel up through the froth from the pulp and then from the froth surface to the launder, there is simply no recovery. The froth zone also has a major effect on grade and plant operability. Many opportunities exist to improve plant performance by improving froth management in the cell: First, check the level control, then adjust launders and froth crowding to the optimum setting.

Changing tank-top configuration affects performance. The cell’s froth surface area and lip length must be designed to match properties, such as particle size, froth stability and concentration flow rate. For example, a high concentrate flow rate and stable flowing froth will require more froth surface area and lip length to handle the higher flow. This can be achieved with minimal froth crowding. Conversely, for low concentrate flow and weak froths—for example, in scavenger cells—less froth surface area and lip length are required, otherwise, the froth will be too thinly spread across the cells and won’t flow to the launder. Many cases have been seen at sites where, through the simple installation of additional internal froth crowding, froth stability and concentrate flow have significantly increased, thereby improving recovery.

Flotation Mechanism – Improving circuit control starts with a flotation mechanism, the “heart” of the flotation cell. Currently across the entire installed base, almost all flotation machines have been installed with a fixed speed. The design speed is not necessarily the optimum metallurgical speed, and the optimum speed in the first few roughers, where the ore is fast floating and easily recovered, could be very different from farther down the circuit. In the scavengers, where the ore is slow floating, this may have a different particle size distribution and may be treated differently.

Finding the optimal speed requires testwork and surveys. This can be done in various ways, including changes to the pulleys themselves or by installing a variable speed drive. This is typically done on one cell, generally the first or last rougher, with its testwork results then indicating the optimal speed for that particular ore/plant. Several recent studies have shown that it is possible to reduce operating cost by optimizing impeller speed—and this leads to an improved recovery.

Reducing Wear and Energy Consumption – If one reduces wear by just 10%, they can save roughly 25% in power. As wear is proportional to speed, a slower speed will also provide longer wear life and this will provide further operating cost savings.

Process Recovery – The mixing in the cell affects all of the subprocesses:

Changing the mechanism speed will have an effect on all of these subprocesses, but it is hard to predict how each of these will change, as every ore is different and subprocesses are often co-dependent. Optimization generally requires testwork to find the best conditions for ore, which may lead to improved recovery, lower wear and also energy savings. 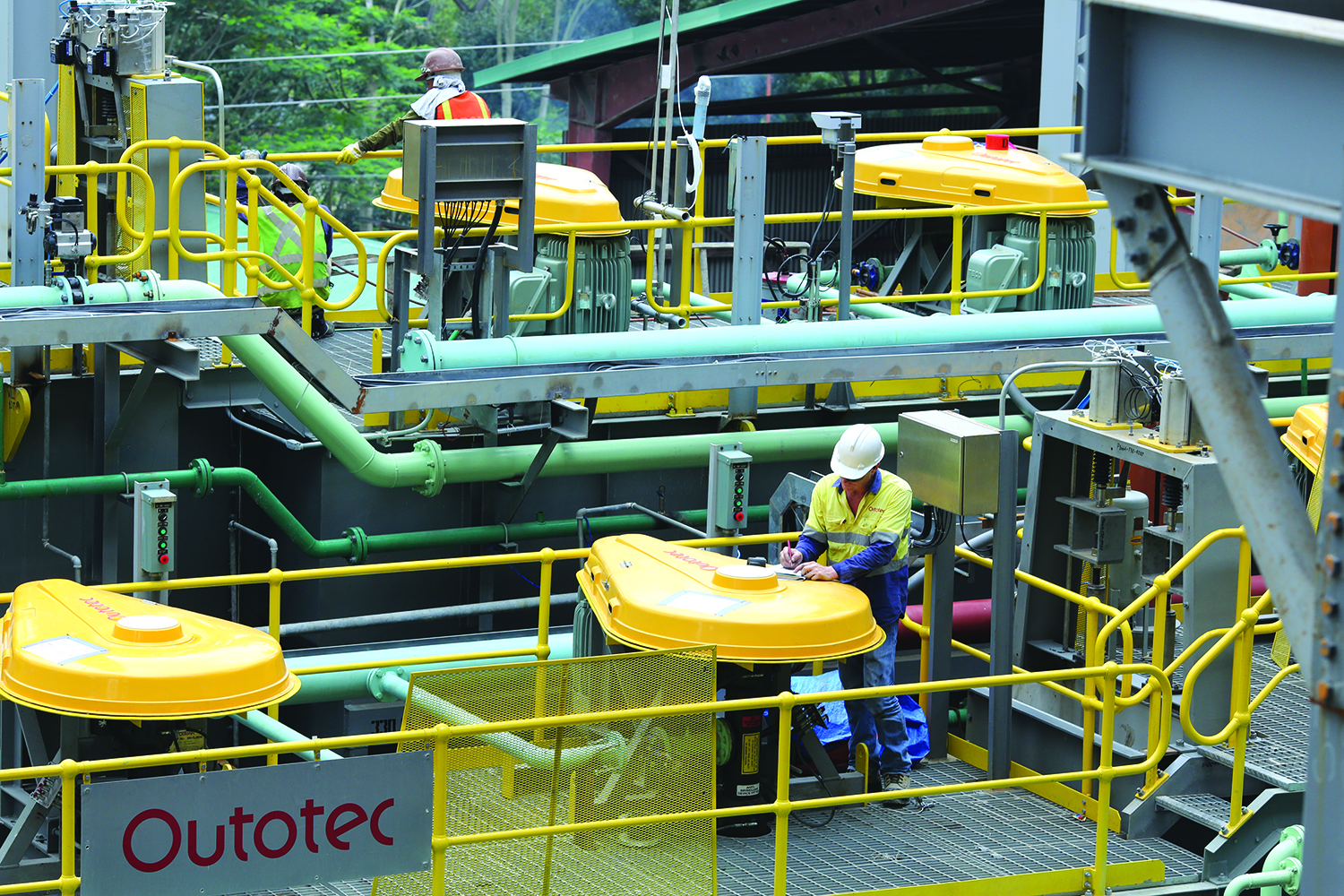 Flotation can be complicated, and flotation plants are often complex operations, making it difficult to identify problems without careful study.

Flotation Control – Studies show that workers and equipment cause 60% of abnormal situations encountered in plant operations. Reducing these situations will have a major effect on the efficiencies of the plant. Human errors can be changed by training, good management factors and well-designed automation. Equipment failure can be minimized by using well-tested and maintained process equipment, instrumentation and automation.

Air Control – From a control perspective, air is the most important operating variable to control the performance of the flotation cell. It is the cheapest reagent available and the effect of air on performance can’t be emphasized enough. Air is produced by low-pressure blowers that are often located in a dusty corner, operating at incorrect air pressure and generally neglected. Some operations have a large number of blowers, which could be replaced by a duty standby large blower, therefore saving energy and efficiency. Another important check regarding the air system is to ensure each part of the circuit is receiving the correct air pressure. Some plants have a single blower that is used to provide air to the roughers and cleaners, and as these cells are differently sized, they require different air pressures. The pressure is typically reduced in the cleaner air manifold. When was the last time the pressure was checked?

Flotation technology has come a long way in the last 20 years. There are many ways to improve performance through modernization of old equipment. Newer cells are generally larger, have more efficient mixing and air dispersion and better control. Older equipment usually requires higher maintenance, which results in higher operating costs. It is recommended that a cost benefit analysis is used to compare the existing installation to replacing old equipment with new technology.

Flotation is a complex process, so it is critical to understand the base level of the operation and then separate out all of the potential causes of subpar performance. This can be done using a number of techniques including plant surveys in conjunction with laboratory flotation tests and gas dispersion measurements. Comparing flotation kinetics in the lab with those in the plant is a good way of checking how well you are operating. Once the performance has been benchmarked, issues can be identified, a plan made to address the issues and changes implemented.

An important aspect of the whole process is to make sure plant trials and experiments are designed properly using correct statistical methods.

Flotation plants are complex and many things can reduce performance or increase operating costs. This article has provided an introductory look at options for improving performance. It is highly recommended to first focus on the basics such as maintenance and process control.

Note: This article was developed from a five-part webinar series on flotation optimization. Further information is available at www.outotec.com/webinars. Reprinted by permission of Outotec.

Dr. Rob Coleman is an account director for Outotec Pty. Ltd, Australia, and has more than 20 years of experience in minerals processing.

Making the Case for ‘Fewer is Better’

A case study involving the CSA mine in Cobar, Australia, illustrates some of the concepts discussed in this article. An upgrade project conducted at the mine involved replacement of 30 older scavenger flotation cells with three new Outotec TankCell 30s. Once completed, the project resulted in: 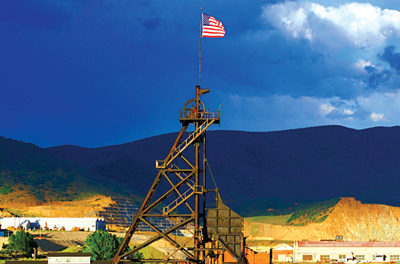 A Blueprint for the Resurrection of Montana’s Butte District 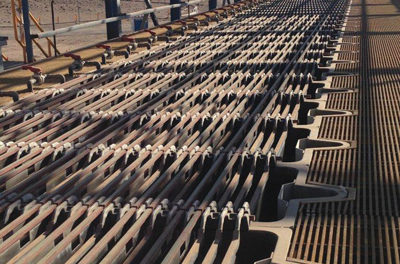 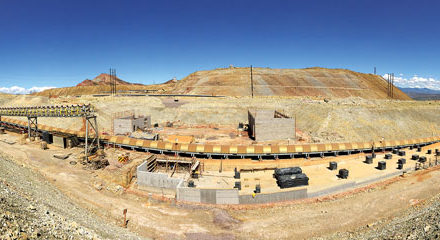 Getting the Best Bang for the Buck Safely