An effective plan not only considers the thickener, but also evaluates transport distances and the deposition site

The drivers behind paste or high density thickeners are water recovery and cost savings with impoundment construction. Tailings impoundments have become a limiting factor for mines. In some parts of the world, permitting an expansion, let alone a new impoundment, is difficult. There are serious safety and environmental repercussions brought about by high runoff. By using paste or thickened tailings, many mines find they can stack more material in smaller foot print and safeguard the operation from issues associated with runoff.

In other parts of the world, rainfall is not an issue and water is a scarce resource. Some operations in Chile are pumping sea water to high altitude plants making that water an expensive commodity. By properly engineering the tailings disposal systems, water can be recycled effectively and in some cases capital and operating costs for the facility can be reduced as well.

The days of assembling a conventional (or high rate) thickener next to the plant and pumping a slurry to a settling pond will soon be history. Most mines today are considering an array of thickeners that also include high density thickeners and deep cone paste thickeners. The object is to deposit thickened tailings or a paste using the least amount of energy, while recycling the most water. The costs for these systems vary, but the exorbitant cost of engineering and constructing a tailings impoundment usually makes the decision easy.

The trick, according to the experts, is to look at the deposition site and determine the facility’s needs, then work backward through the process. By assembling a team of engineers and geo-technicians involved in designing all three aspects of the system—the thickeners, the transport and the impoundment—mines can effectively evaluate the criteria and engineer an appropriate site-specific system.

Cost Considerations for Paste Thickening Systems
Prior to the advent of paste thickeners, a mine would specify and buy a high rate thickener. The vendor would design and install it. Because the underflow from a conventional thickener, a tailings slurry, flowed according to Newtonian principles, each of the other aspects of the system could all be designed independently and they would work well.

The principles behind high rate thickeners are based on unit area and the slurry it produces will eventually segregate into solid and liquid phases. A high density thickener produces thickened tailings. The difference between a high rate and a high density thickener is the underflow will not segregate—that water remains bound into the mixture. A deep cone, or deep bed, thickener produces paste. Both high density and deep cone thickeners depend on retention time rather than area. Yield stress is the dividing line between paste and thickened tailings, and deep cone thickeners produce a yield stress of 120 to 150 Pascals (Pa) and greater. Unlike slurries, paste does not behave according to Newtonian principles. Engineers have to consider rheology and how it affects the entire tailings deposition system.

“All of us in the paste business agree the best approach to designing a thickened tailings system is to decide on the end product and site requirements and work upstream,” said Mark Niederhauser, global paste manager, FLSmidth. “Whether it’s surface deposition or paste backfill, which is a little different, the system needs to maintain a yield stress or more likely a certain moisture content. The parameters vary based on water recovery, which has an environmental aspect, but maximizing recovery also allows the mines to increase production.”

With a thickened tailings system, transport costs can be a big variable. Moving paste 500 m vs. 30 km can be a huge difference. However, a higher yield stress translates into less of a requirement for impoundment where the cost of the equipment would be insignificant compared to the costs on the deposition zone.

“The engineers at FLSmidth have a general rule of thumb,” Niederhauser said. “If a high rate thickener represents $1 in cost, then a high density thickener would be $1.30, and paste would be $2.”

As far as bang for the buck, high density is probably the way to go if it comes down to a dollar decision, Niederhauser explained. “A high density thickener recovers a significant amount of water and does not increase the transportation cost proportionately. As an example, sometimes the difference between a high density and a paste unit is 3% to 5% moisture, but the cost to recover that extra moisture might be 50% to 70% higher.” Without taking into consideration the effect on the impoundment, there is a point of diminished returns, where going to the next level, paste, is significantly more expensive.

By increasing the underflow density from 27%-30% up to 50%-52%, Niederhauser explained, it reduced the number of filters by one-half. “That high density thickener cost about $1 million to install, but it eliminated three filters at $2.5 million each by thickening it up to an optimum solids concentration,” Niederhauser said. “This is the first time the combination of a high density thickener followed by pressure filters has been used for coal refuse.”

“Most plants today are looking at high density thickening and potentially paste thickening,” said Fred Schoenbrunn, global sedimentation manager, FLSmidth. “As little as 10 to 15 years ago, people just looked at high rate thickening. The typical copper concentrator tailing was 55% up to 60%. Now most requests are looking at 62% to 70% solids—that’s a major increase in density being considered right off the bat.”

High density thickeners are designed to get the highest solids concentrations that can be moved with a centrifugal pump. “It’s similar to the 80:20 rule, getting most of the benefits for an extra 20% to 30% expenditure without going to the expense of positive displacement pumps,” Schoenbrunn said.

“Water is an expense and it drives up the cost of a plant,” Schoenbrunn said. “The industry is rapidly adapting by improving water recovery within the plant and the consistency of the deposition zone.” To expand capacity, the plant will need more water and the best way to get there is better recovery from tailings.

Engineering a Successful Paste System
Designing a successful paste thickening requires a cooperative effort. The rheology, and the distance and elevation between the thickener and the deposition site determines the pumping and pipeline requirements, explained Tyson Gollaher, paste group manager, WesTech Engineering. “Once the pumping and transport requirements are determined, the thickener can be designed to meet the paste production and rheological needs,” Gollaher said.

“A good approach is to assemble a team that includes the engineers from the mining company, the geotech designing the impoundment, the pipeline designer and the thickener designer,” Gollaher said. “The mine explains its strategy for the tailings disposal site and the team evaluates alternatives for an effective system, working upstream from the deposition site to the paste thickener. Adjustments can be made based on what is reporting to the paste thickener.”

It’s also very important to confirm the plan with bench scale testing, looking at the yield stress and the rheology, Gollaher explained. “Bench scale testing would be able to determine what would happen with shear thinning for example,” Gollaher said. “The paste leaves the thickener with a certain yield stress, but once it passes through the pumping system and a certain length of pipe, the rheology, yield stress and the flow characteristics of the paste can change even though the solids concentration remains the same.

“When a mine first starts to consider the difference between the ultra high density paste and thickened tailings, the customer is usually leaning toward paste,” Gollaher said. “They want to maximize water recovery and they want to produce a really thick paste. After a needs assessment and design considerations, especially capital and operating costs, they compare paste with thickened tailings, which has the non-segregating qualities at a lower cost. They will often reconsider.”

As an example, Gollaher cited a recent project at a Siberian gold mine. The mine needed to process 800 mt/hr of flotation gold tailings and wanted to recover the most water possible. The paste’s non-settling characteristics reduced the expenses associated with barrier construction at the deposition site. “The flow rate was very high,” Gollaher said. “To make an ultra high density paste would have required several deep bed thickeners and the capital costs and pumping costs overwhelming favored a high density thickener.”

Mines working in relatively flat, arid areas also face a similar dilemma. Dam construction costs for a high rate thickener application would be extremely high and water would be lost due to evaporation. WesTech recently installed a deep cone thickener for an iron ore facility in South Africa that faced these concerns.

The processing plant was designed to handle 10 million mt/y. The tailings stream was first processed by a high rate thickener to recover a large portion of the water near the plant. The underflow then traveled 4.5 km to a deep bed paste thickener, located adjacent to small valley where the tailings would be surface stacked.

Rainfall can also be a problem for conventional tailings disposal sites. In Brazil, WesTech recently designed thickeners for a bauxite beneficiation facility in a very wet tropical location. The tailings system consisted of two high density paste thickeners that produce a low yield stress paste. This type of paste, which could be pumped with centrifugal pumps, was expected to produce a low angle beach slope. The site consisted of six different ponds. Four of the ponds were used for tailings deposition and the other two were used to collect rainfall and runoff.

“They rotate the deposition point between the four ponds at 30-day intervals for an optimum drying cycle,” Gollaher said. “Even with the amount of rain they receive, after about 30 days the paste dries and begins to crack. After 90 days, they are walking on it. This facility has been a showcase for people who have concerns for runoff. The ponds are tied together so the runoff just passes by to the final buffer pond. It’s a system that’s working quite well.”

With paste, the mining business is just starting to see all of the possibilities. If a mining operation looks at particle size distribution and it has fines that are 20% passing 20 microns, it has a paste application. Paste technology provides distinct advantages and Gollaher believes it should be considered for applications of all types. 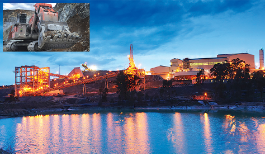 How to Make the Most of Your Orebody 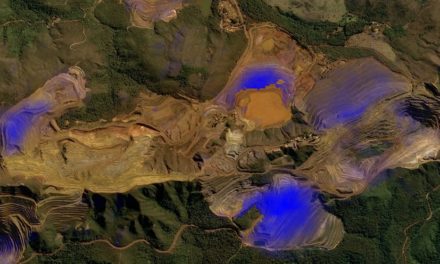