Due to economical and environmental considerations, today’s tailings disposal systems operate at higher and higher solids concentrations. Highly concentrated systems offer great benefits, but they place high demands on mechanical equipment. In these applications, hydraulically actuated diaphragm pumps offer decisive advantages, according to Feluwa Pumpen GmbH, which has been making these pumps in Mürlenbach, Germany, since the early 1970s. The company’s latest version, the double-hose, piston-diaphragm pump, retains the successful principles of the original design; the difference is that the diaphragm chamber (hose) is squeezed to discharge the slurry.

Speaking at E&MJ’s Mineral Processing conference, which was held in October 2011 at Lake Tahoe, Nevada, USA, Hein Krimpenfort, international sales manager for Feluwa, explained why it’s the most suitable type of pump for tailings disposal. “A double-hose piston diaphragm can provide flow rates up to 4,400 gpm and pressures up to 4,640 psi and it can handle temperatures up to 400°F, and viscosities up to 3,000 centipois,” Krimpenfort said. “A piston pumps hydraulic oil against a rubber diaphragm. It has very few wear parts, only the suction and discharge valves.”

Feluwa has modified its pumps to make them even better. “At the heart of this pump are two hose-diaphragms that are arranged one inside the other enclosing the slurry,” Krimpenfort said. “Simultaneously, they create double hermetic sealing from the hydraulic drive end of the unit. Both hose diaphragms are actuated by the piston by means of hydraulic fluid. In step with the piston stroke, they are subjected to pulsating action, similar to the circulation system of the human body. The cylindrical shape of the diaphragm favors the flow behavior and keeps solids from settling.”

One of the distinct advantages of this design is its linear flow path. This feature makes the pump especially conducive for handling aggressive, abrasive slurries, even at high viscosity, Krimpenfort explained. Unlike traditional diaphragm pumps, hose diaphragms do not require a clamping ring that allows solids to settle, which results in early diaphragm failure.

When a piston pump pushes slurry upward at slow speeds the stream can settle. In a homogenous mixture the small particles will carry the larger particles out of the pump. In a heterogeneous mixture, the small particles will be evacuated from the pump, but gravity pulls the larger particles back into the pump forming a layer of sediment over the suction valve. Rather than pumping upward, Feluwa pumps downward, making use of gravity instead of fighting it.

“If the pump does not have enough oil, the piston will damage the diaphragm,” Krimpenfort said. “If there is too much oil, then the diaphragm will burst. A large pump like this requires some auxiliary equipment. We have a very simple system that uses a mechanical leakage compensation valve with spring-loaded valves. If there is insufficient hydraulic fluid, for whatever reason, the system uses a control disc via a lever to compensate on the backstroke.

“All of our pumps are equipped with a diaphragm monitoring system. We have an inner and outer diaphragm and in between the two we have a layer of water,” Krimpenfort said. “If there is a leakage on either the inside or the outside hose, the discharge pressure will automatically be transferred to that layer of water. The layer of water is connected to a pressure switch.”

Even with one diaphragm leaking, the pump can still operate. The secondary diaphragm protects the moving parts from the abrasive slurry. “The mine could continue to run the pump for as long as 2,000 to 3,000 hours until maintenance can be planned,” Krimpenfort said.

A Check Valve with Balls
With a lifetime of 10,000 to 12,000 hours, the hose is not considered a wearing part. The check valves are the high wear items. Check valves have two types of designs, either ball valves or cone valves. They are normally mounted in a cassette. Feluwa prefers the ball valve because of its simplicity. “The ball, the guide and the seat, has three wear parts,” Krimpenfort said. “A cone valve may have as many as 12 wear parts.”

When pumping slurry at 3,000 psi, the roundness of the balls has a major impact on performance. As an example, a cassette with a ball that is 0.04 mm out of round will probably last only 40 hours. If the tolerance is increased to 0.01 mm, the life time of the valve increases to 3,000 hours. “That’s why we manufacture our own balls,” Krimpenfort said. “At 60 strokes per minute, the lifetime of the valves is 3,500 hours or more in hardrock applications. In coal, the lifetime approaches 8,000 hours.”

Feluwa has developed a special approach to minimize downtime. “The whole cassette swings out,” Krimpefort said. “In some arrangements, you have to disconnect the suction manifold to get to the valve parts. You can replace this valve in 20 minutes without any special tools.”

Condition Monitoring
Condition monitoring is performed the old fashioned way, by listening. Operators can hear the speed or power increase when a leakage occurs. The valve performance monitoring system is based on the principle that leakage will create cavitation and cavitation creates noise. “We know the frequency band and have a sensor at each valve to detect cavitation,” Krimpenfort said.

As an option Feluwa offers a pulsation dampener, which automatically adjusts the charge pressure. Using sensors and PLCs, the system automatically injects nitrogen into (or bleeds it from) the system.

Pump synchronization is also an important consideration. If the pumps discharge into a single line and they happen to run in synch, which mean they all pulse at the same time, it could cause problems. Feluwa can control the pumps electronically to purposely keep them out of synch. The pump monitoring system also detects other problems or trends that might be leading to problems. The system is accessible via the Internet. 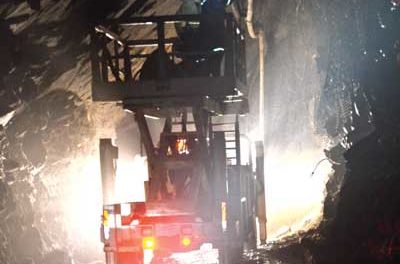 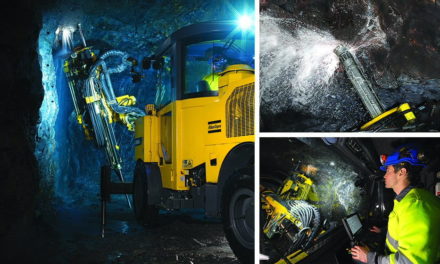