Argonaut Gold Inc., a Canadian gold mining company, acquired its El Castillo gold mine in 2010. Located in the state of Durango, Mexico, the open-pit, heap-leach mine has approximately 1,285 hectares of mineral concessions and surface rights, and hosts 1.23 million oz of proven and probable gold reserves.

When production began, ore was being hauled from the pit using 100-ton trucks, but in 2012, mine management made the decision to invest in an overland conveyor system as a more cost-efficient method to move the crushed rock.

“They wanted a system that could run 1,500 to 1,800 tons per hour that would run up and over their pit to the leach pads,” explained Goodfellow. “To accomplish this, we needed to build three 48-in. conveyor systems, totaling 1,890 ft in length. The project also needed to include a series of 21 portable transfer conveyors, better known as grasshoppers, along with a large telescoping radial stacker.”

Due to the sheer scope of the project, Goodfellow said his company wanted to partner with one supplier that could not only provide all of the components, but could also offer mining industry expertise and engineering support. He said his company has used Baldor products for years on its equipment with great success, so working more closely together on this project made sense.

Product selection for the grasshopper conveyors was fairly easy, because Goodfellow said he knew the company wanted to use its standard selection of Baldor-Dodge products, including Torque-Arm II reducers, S-2000 bearings and Mine Duty Extra pulleys, along with Baldor-Reliance motors. The bigger question, according to Goodfellow, was what products would be best for the three overland conveyors.

“We relied heavily on Baldor’s mining industry team to give us recommendations and the package requirements,” said Goodfellow. “This team did the belt analysis to make sure that the gearboxes, motors, pulleys, bearings—really the whole system—was sized properly for this application. While we have our own engineers that can do this same work, this kind of support allows us to use our engineering resources in other ways. So it saves us time, but more than that, when the Baldor industry team does the work, we can rest assured that it was done right, and that’s a big help.”

The challenge for Baldor engineers was to put together a package that would provide a smooth, soft start, but would also be powerful enough to pull a heavily loaded belt up 1,890 ft with a 226-ft lift. The solution was a Baldor-Dodge 920 MagnaGear right-angle reducer and a custom 500-hp totally enclosed, fan cooled Baldor-Reliance motor, a package providing 1 million in.-lb of torque. A Baldor-Dodge fluid coupling provides the soft start of around half a minute that prevents belt jerk and minimizes belt tension. The rest of the Baldor package includes custom-engineered Dodge DM Moment couplings, Dodge-engineered and Mine Duty Extra pulleys, and Dodge USAF and Type E-Xtra bearings.

Not only was Goodfellow satisfied with the product selection, he was also pleased to learn about a value-added service provided by Baldor’s System-1 group. This team facilitates the design, quotation, and order processing of multiple products into a complete packaged solution, arranging for equipment to be preassembled and shipped to the customer location.

Tom Childs, project manager for the El Castillo job, said when one considers the number of gearboxes, motors, pulleys and bearings required for the project, especially the 21 grasshoppers, getting the System-1 group to handle the packaging offered a tremendous amount of value.

“Because of the number of conveyor belts for this project, we were very happy to get the support from the System-1 group,” said Childs. “It was very helpful to have the products delivered preassembled so we could just bolt equipment onto the conveyor and be ready to go. This saved us valuable time and energy, especially on a project of this size.”

Childs also gave high marks to the Baldor team for its flexibility and willingness to work through some of the unique challenges a large project like this can bring.

“Our team had great interactions with the Baldor team,” said Childs. “We have developed a good relationship that will only get better as we go along. By working together, we delivered a successful project for the El Castillo mine, giving the customer the equipment that will provide the performance and longevity needed to make the mine productive well into the future.”

El Castillo Operation and Maintenance Superintendent Nahum Zavala is equally satisfied with the project. He reported that the overland system is working well and said that not only is this a more efficient method of moving ore, it’s also less expensive than running haul trucks, especially when the cost of building and maintaining roads is factored into the equation. And when it comes to performance, Zavala said they are getting exactly what they asked for.

“We are getting the soft starts that we need with this equipment,” Zavala said. “Because the coupling transmits the torque, it helps smooth out the start, so there is less stress on the belt and all of the other equipment. And because there are no shock loads, the belt and the rest of the equipment is going to last longer. So we have the smooth start we want, but then we have the power we need to pull the long conveyors. Overall, we are very pleased with this project.”

In its 2014 first quarter earnings report, Argonaut Gold credited El Castillo mine with 22,171 gold equivalent oz (GEOs) consisting of 21,976 oz gold and 10,737 oz silver oz (GEOs at 55:1 conversion rate). The mine had 39,924 gold oz loaded on the leach pads equating to 22,278 projected recoverable gold oz. New mining equipment increased the mine’s capacity from 69,000 metric tons per day (mt/d) to 87,000 mt/d, or a 26% increase. The West overland conveyor moved a new record of 1,345,339 mt of ore. The East crusher crushed and loaded 1,497,323 mt to pad. Mine plan has moved out of transitional ore into more oxidized material, which should result in improved recoveries in the future.

This article was provided by Baldor-Dodge and previously appeared in the company’s magazine, Solutions. E&MJ added the mine’s production information at the conclusion. 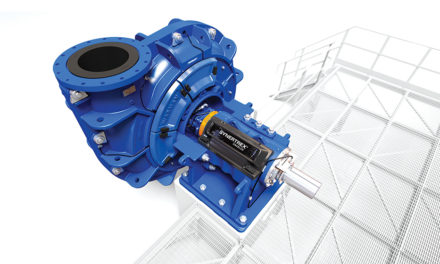 What’s Next for Slurry Pumps? 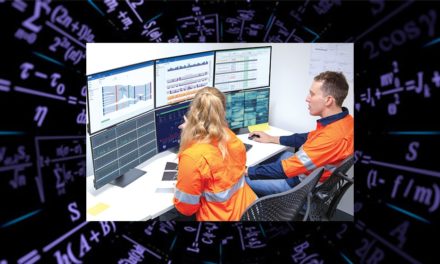 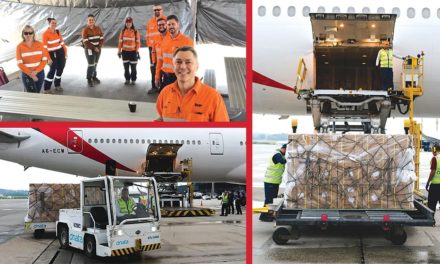