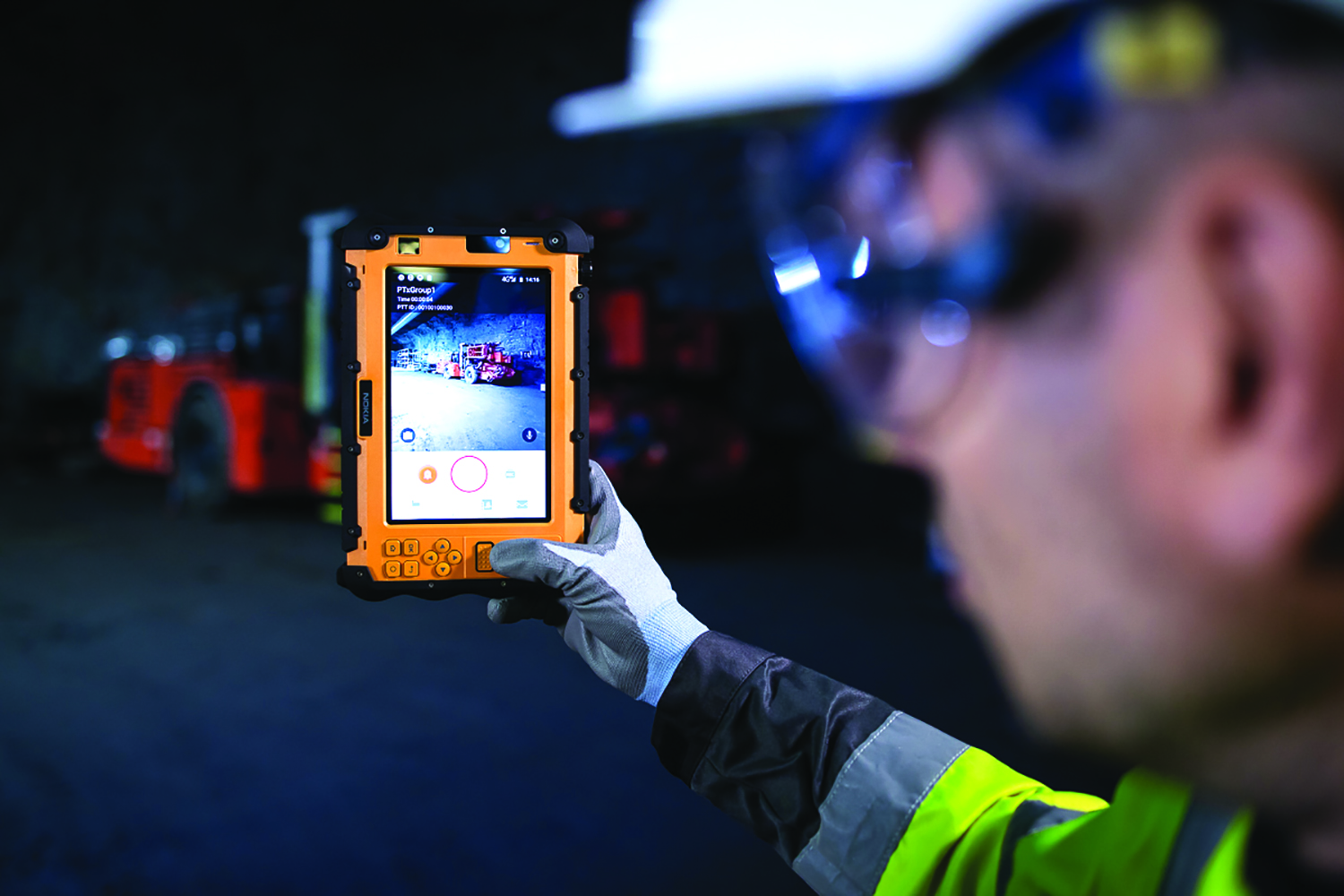 4.9G/LTE and 5G-based private wireless networks are key to the rollout of Industry 4.0 initiatives in mining. (Photo: Nokia)

High-performance, mission-critical 4.9G/LTE and 5G-based private wireless networks form the basis for the next generation of integrated, automated digital mine sites.

Jaime Laguna, head of Nokia’s Mining and Oil & Gas business, which sponsored the report, spoke to E&MJ about this trend.

“A primary concern for mining companies is the need to increase productivity and safety while prioritizing sustainability,” he said. “Automation is key in this regard, facilitating autonomous operations to keep mine workers out of dangerous situations, while improving systems monitoring with teleremote controls. As such, more mining enterprises are replacing and consolidating legacy radio technologies, such as Wi-Fi, into future-proven 4.9G/5G.”

Rio Tinto pioneered the first mining adoption of a private LTE network in 2012. Today, 98% of the company’s operations utilize its Mine Automation System (MAS), which gathers a stream of operational data from its trains, ships, and equipment. This data is then viewed in real time for monitoring, reporting and optimization.

Other miners harnessing or preparing for 5G deployments today include Codelco, Vale and Nornickel (detailed in E&MJ October “Scandinavia: mining’s innovation hotbed”). Teck also runs a program called RACE21 that utilizes technology to improve the safety, sustainability and production of its operations. As part of this, the company recently announced a partnership to develop a 5G-ready, LTE network for its Elkview operation to assist in optimization through improved coverage and reliability.

The IDC InfoBrief was based on IDC’s 2021 Mining Decision-Maker Survey Results. This probed the current and future digital investment and adoption strategies of 240 mining organizations across the globe. Results showed that 71% of respondents planned to invest in 5G infrastructure in the coming 18 months.

The report found: “While 5G will satisfy the requirements of all areas of the organization’s value chain, this could prove challenging due to the early stage of industrial-grade 5G standards development and the limited availability of the chipsets and devices required for the industry’s applications. Despite this 5G drive, potentially influenced by public 5G deployments, most existing operational use cases can be reliably utilized with 4.9G/LTE networks. Depending on the location of the site, the ability to access certain frequencies could be restricted by government requirements and regulations in addition to the potential restricted use of private 5G networks.”

Breaking Down Barriers to Industry 4.0

To help overcome some of these barriers, Nokia launched several new solutions during 2021. In March, it announced an integrated Citizen Broadband Radio Spectrum (CBRS) package. This enables U.S.-based communications service providers (CSPs), multiple-system operators (MSOs) and enterprises — including mining companies — to take full advantage of investment in the CBRS spectrum.

CBRS is a joint effort in the U.S. between the FCC and industry to share radio spectrum that was originally developed for the U.S. Navy, satellite communications companies and some fixed wireless providers, and make it available for private use.

In a recent blog post, Tristan Barraud de Lagerie, who leads Nokia’s private wireless solution marketing efforts, explained how the new licenses are designated. The FCC and the CBRS alliance have created a three-tiered scheme; incumbent users form the highest priority tier, the second tier are priority access license (PAL) holders — 271 companies were awarded these in a recent auction — and the third tier, general authorized access (GAA), is available to any private users.

Most enterprise or industrial users (including mining companies) will fall under the GAA designation, although some PAL licenses have also been picked up by enterprises where the need for private wireless goes beyond industrial sites.

Barraud de Lagerie explained: “For GAA users, sharing this valuable slice of radio spectrum unleashes the opportunity to accelerate and intensify their Industry 4.0 goals. As we’ve seen in countries that released vertical spectrum, free or low cost, vertical spectrum lowers the bar to entry and enables enterprises to use 4.9G/LTE and 5G private wireless with its ultra-low latency and high bandwidth performance for both fixed and mobile applications.”

This sharing approach requires the implementation of a specific architecture and network systems. Nokia has partnered with KeyBridge to create its CBRS solution.

To avoid any service interruptions for lower priority users, Nokia has implemented a set of innovations that go beyond the baseline FCC requirements, including a smart distributed SAS geo-redundancy mechanism that offers a seamless connection to a secondary SAS in case the connection is lost to the primary SAS, and a Nokia Domain Proxy for greater reliability.

The domain proxy, which is deployed via Cloud, aggregates multiple CBRS access points to the SAS, which brings operational benefits for large private wireless network deployments. It also doubles redundancy to ensure that users maintain their spectrum grant, even in the case of interruptions — something that is vital in safety-critical mining applications.

Nokia took these capabilities one step further with the launch of its MulteFire Alliance (MFA) certified 4.9G/LTE private wireless networking solution in June. This is designed to open up private wireless for mass adoption globally through enabling companies of any size to set up and tear down a private LTE/4G network anywhere that Wi-Fi is allowed in 5.x GHz spectrum without worrying about spectrum availability, site footprint and boundaries, regulatory consent or licensing costs.

“MulteFire has the potential to add capacity to existing licensed networks by deploying a few extra MulteFire access points,” explained Barraud de Lagerie, in an online article. “These access points can use the existing core network and operations and maintenance functions.”

MulteFire opens up new segments and applications that previously lacked access to licensed spectrum. For example, in mining, it could be used to build temporary networks for mineral exploration projects, construction sites or equipment field trials.

The integration of operational technology (OT) and information technology (IT) is integral to the digital transformation of mine sites and in realizing its full potential. While OT maintains and controls the physical processes that take place, IT manages the flow of the digital information.

IDC’s research showed that, for many organizations, the top barrier to this integration is concern around security. Industrial control systems (ICS) are a prime example of where cyber measures could be tightened to reduce risk during IT/OT integration. 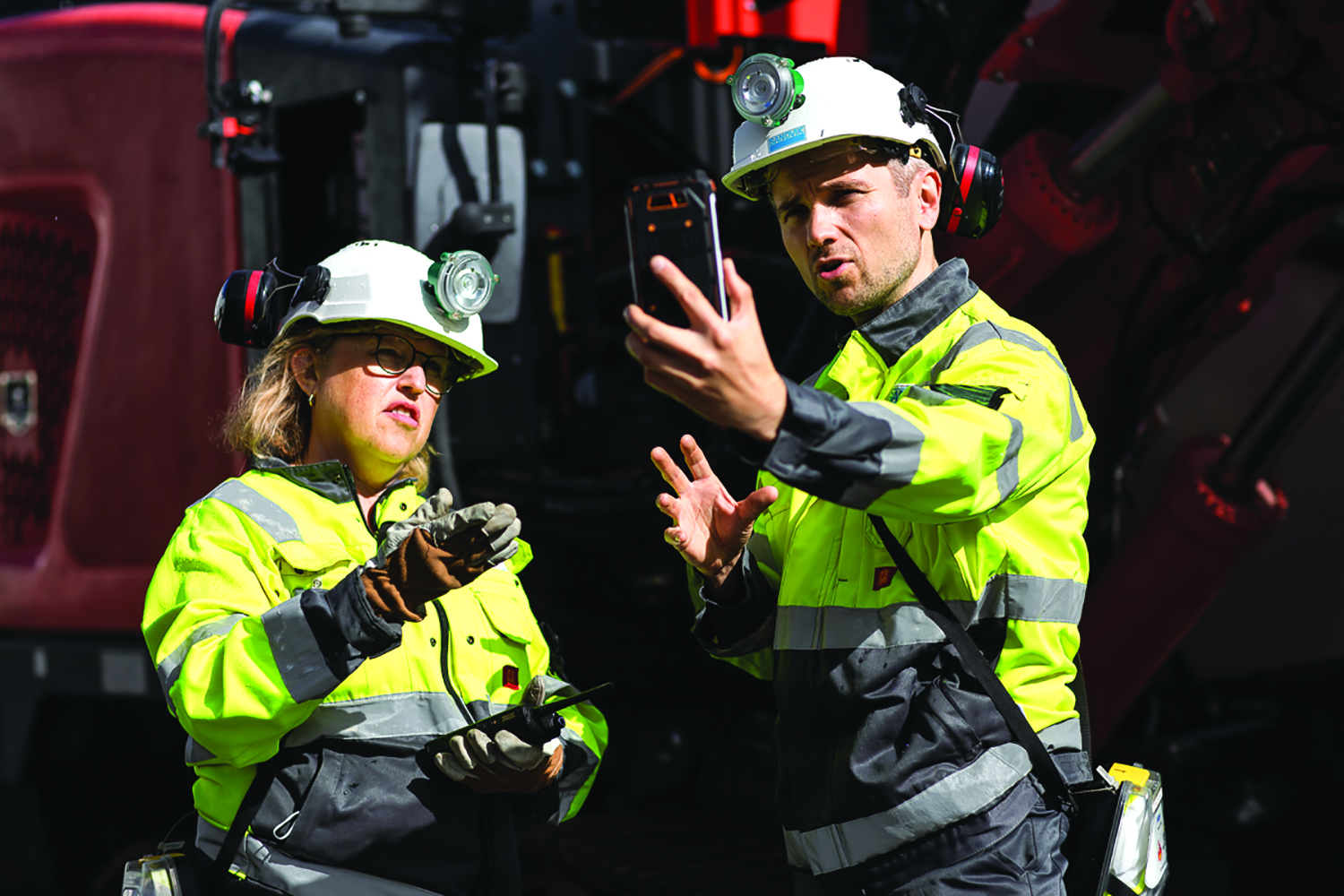 For many organizations, security is a key barrier in IT-OT integration. (Photo: Nokia)

“When it comes to ICSs, there are very few security solutions aimed at the Purdue Reference Model level 0 or 1, which are the process sensors that measure the pressure, level, flow, etc. and the first level of electrical signal processing. Most IT-deployed network monitoring measures focus on level 2 or above once the raw analog and digital input signals are being digitally processed. To calibrate a modern smart transmitter, it has to connect to the internet. Often, companies overlook this entry point. If someone hacked the sensors on just one autonomous mining truck and impacted the control system to result in a significant incident, it would shut down the entire fleet. Likewise, if someone hacked into the hoist system at a mine and crashed the hoist, it would put the mine out of action for months.”

JDS’s Nadine Miller was instrumental in identifying the rich potential for the application of a process anomaly alert system based on monitoring the raw sensor signals in the mining and resource industries. Miller recognized the opportunity to enhance productivity and reliability in industrial processes through alerting teams to changes in equipment signals and performance while at the same time monitoring for potential cyber threats.

The physical implementation is relatively simple. Documentation for the process or equipment needs to be brought up-to-date. Once the 10%-15% of critical inputs and outputs (I/O) are selected, the system can then be engineered based on the incoming signal format, built and shipped to the installation site.

Either individual control loops can be taken offline one at a time to allow the system to be connected in parallel to the existing I/O or the system can be installed during a major ICS shutdown. Once connected and operational, the system goes through a learning period during which models are developed for subsequent downloading into the industrial computer physically located in the system box. The sensor monitoring system then communicates out-of-band (not through OT/IT networks) using a dedicated wireless modem with a fixed IP address that allows user interaction including data downloading through a dedicated web browser. This prevents the system from being impacted by ransomware or other IT malware.

Responding to process anomaly alerts requires teams to work together who do not normally have deep interactions. For example, an alert could be triggered by a change in the process, a sensor calibration drifting, an error in the control system or a cyber intrusion. Process, operations, maintenance, OT/IT and risk teams will then be required to work together to determine root cause and the appropriate response. Breaking down siloed ways of working can be tricky, so JDS has developed wraparound change management and deployment services to ease the transition.

JDS is currently partnering with a metals producer to demonstrate the cyber security elements of the technology in the mining space and estimate the additional value that process anomaly detection can bring to metals production facilities.

BHP Heads to Cloud With Microsoft

Cloud computing is fast becoming standard in helping mining companies to manage their data and deploy digital initiatives across both the business and operational environment.

In June, Microsoft announced it established a multiyear strategic partnership with BHP to deploy Microsoft Azure as BHP’s preferred cloud for its global applications portfolio.

This builds on BHP’s existing Microsoft Cloud foundations with Office 365, Dynamics 365 and Azure. Microsoft said it will deliver digital capability, data support and security, which will help BHP transition applications from its regional data centers, corporate offices and operational sites as well as its SAP HANA environment to Microsoft Azure over the next three years. This represents the transition of up to 17,500 TB of data to Azure.

Laura Tyler, BHP’s chief technical officer, said; “We are levering next-generation technologies like cloud, machine learning and automation to solve complex business problems and unlock value even faster. Cloud is the foundation to our plans, and it will enable us to deploy digital solutions to the frontline quickly and at scale. Cloud will dramatically reduce the amount of hardware on sites and reduce costs.” 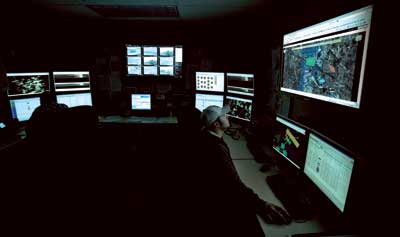 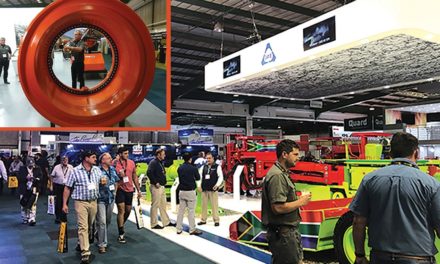