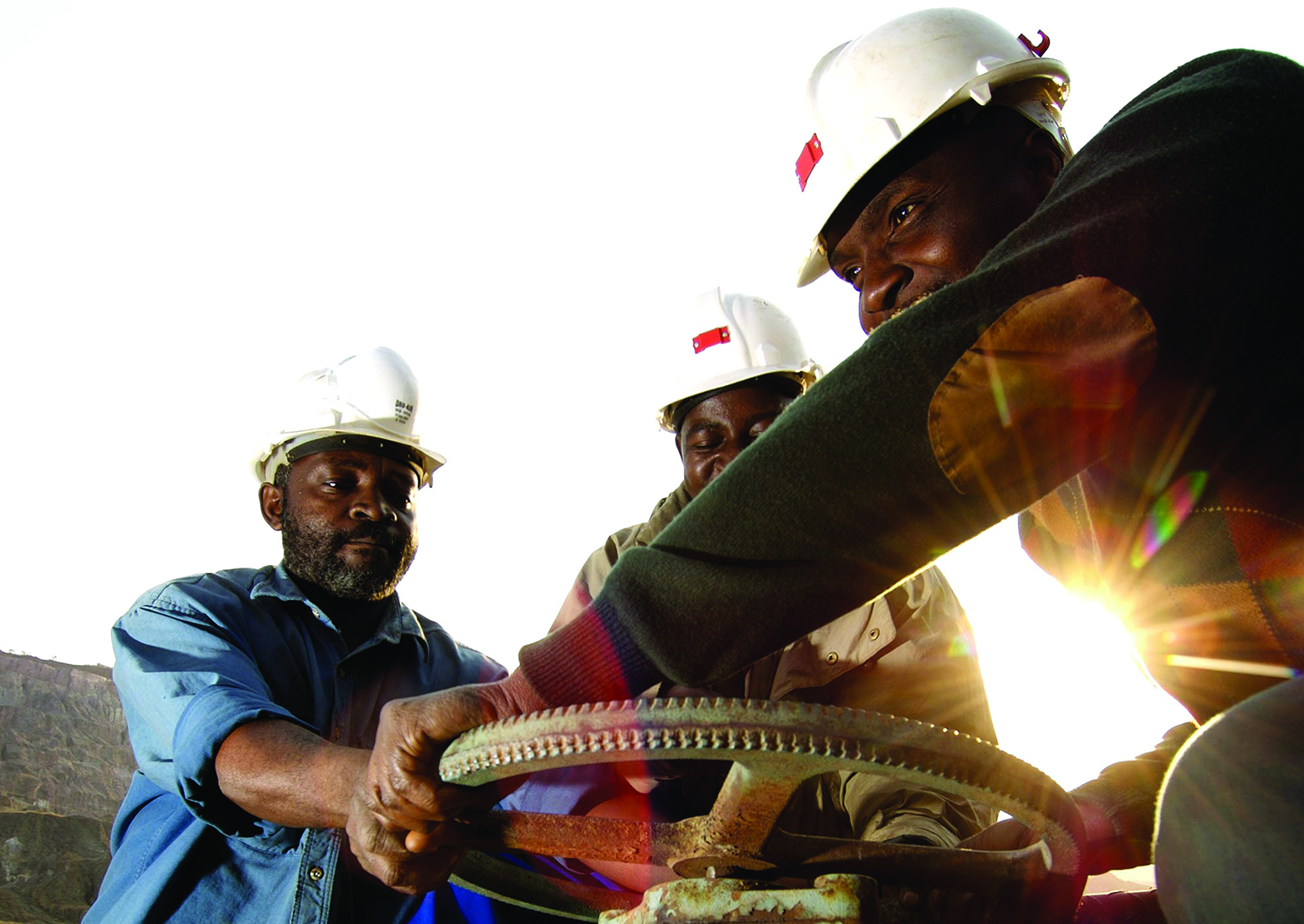 As old mines deepen and new mines are opened in challenging climates, the need grows for solutions that can efficiently move more water further

For some, dewatering may be a topic for a rainy day. For mines flooded by heavy rainfall or snowmelt, it is a topic of immediate importance.

Consider Agnico Eagle’s attempt to launch mining operations at its Amaruq Project in the Canadian Arctic.

The project was approved for development in early 2017. At the top of the list of things to do before serious mining could commence at the Whale Tail pit was dewatering parts of the adjacent lake to enable better pit access. The water license for that piece was approved in early third quarter 2018. The ball was rolling soon thereafter.

That was April. The thick snowpack melted. The rains hit. Prospects darkened.

Lake dewatering is now scheduled for completion in Q3. Production is pushed back to late Q3. Fortunately, the company said, guidance remains unchanged.

Almost simultaneously, a similar challenge arose at a gold mine half a world away.

Avesoro Resources’ New Liberty mine in northwest Liberia produced almost 80,000 ounces (oz) in H1 2019 and the company was on track to meet guidance, which had a high end of 200,000 oz.

The mine is located in a coastal region packed with swamps and divided by tropical rainforest.

In early Q3, the rains hit, and the pit was flooded.

Waste stripping continued, but mining was halted. The disruption could be costly, Avesoro reported. “As a result of heavy rain in recent days at New Liberty, ore mining has temporarily ceased and we anticipate that it will be 10 days before the pit has been adequately dewatered to enable ore mining to recommence,” the company reported. “We are currently assessing the impact of the stoppage on the business and our capacity to recover lost ore production later in the year to maintain our production guidelines.”

Roughly a month later, the miner reported that “further substantial rainfall” had made things worse. “It is now anticipated that there could be no access to ore until early September, depending on the amount of rainfall in the meantime,” the company said. The company expected gold shipments for the month to be less than 1,000 oz. Guidance for the year “will be materially reduced,” the miner reported.

Elsewhere, in Q2, a 6% decrease in total ore mined at Guyana Goldfields’ Aurora Gold Mine was attributed to seasonal rains. The planned mining rate at Aurora is 64,000 tons per day (t/d). In Q2, the average mining rate was at 57,700 t/d. In its quarterly report, the company ratcheted down expectations, saying production for the year was now expected to be at the lower end of guidance.

Going further back in time, the two pits operated by Katanga Mining saw a substantial decline in ore mined in Q1 2019. Specifically, at its KOV mine, described as the largest high-grade copper resource in the world, sited in the Democratic Republic of the Congo, total ore mined declined by 26% quarter over quarter.

And there was nothing truly novel to the challenges presented. When the miner took over operating there and began dewatering the pits, KOV contained 12 million cubic meters (m3) of water and Kamoto East contained 15 million m3. The excess rainfall in Q1, however, proved to fit into a bigger picture that led the miner to scale back guidance for 2019.

Indeed, the dewatering piece at KOV has always been critical. It is critical at any pit, much more so the bigger the operation gets. Recent developments in the supplier and services space speak to this reality.

Sulzer reported it was set to officially release the newest addition to its XJ series of submersible dewatering pumps.

The new pump will feature capabilities that make it ideal for use in deeper mines, Harvinder Bhabra, head of business segment, mining, Sulzer, said. “We are adding a new size, which is the largest one as a gap filler because that seems to be where a lot of the applications are coming up now,” he said.

Bhabra said with the new pump the XJ range, which grew out of the J range, will be comprehensive. “The 90-kW pump is able to produce much higher flow rates and discharge head, which covers a gap within the range that we had.”

The new pump can be set for a higher flow rate or set for a lower flow rate but higher pressures. It should allow miners to get more water moved further with fewer pumps. “In the past, companies were using multiple pumps. They would have two or three pumps working in parallel to increase flow rate, or they would connect them up in line to increase the pressure that way,” Bhabra said. “Now, with the logistics of that and the infrastructure you have to put in place, the electric cabling and so on, logistically it is easier to have a single pump that can do either a much higher flow rate in one go rather than having two or three pumps. Conversely, if you need a higher pressure, you can use one pump instead of two or three in a series.”

The pump is suited for larger mining sites with a high volume of water to be moved. “This particular size is not going to be for the smaller sites,” Bhabra said.

The upcoming launch of the new XJ pump will cap more than a half-decade of research, development and marketing of the XJ line. The range launched in 2012. A couple of years back, demand for a bigger pump became apparent, Bhabra said. “Around 18 months ago, the whole process gathered some momentum,” he said. “We started doing some market studies as to the size of the opportunity and then the development process started.”

Prototypes were rolled out and field testing began in January 2018. The pumps were field-tested in Sweden, Spain and Canada. A unit was showcased at a global convention in April. “We’ve introduced the pump with a soft launch a couple of times,” Bhabra said.

The response from clients was positive, placing renewed emphasis on the trials. “As with any new product, there are a few things you have to modify to iron out any issues you might have,” Bhabra said. “We are ready to go. We are going into full production now.”

The introduction of the pump at this time speaks to the trend in declining grades at the world’s biggest mine sites, Bhabra said. “Whereas in the early days of mining the ore that was accessible was a good quality, but over time, as the ore has depreciated, there are more challenges,” he said.

Older, deeper mines have a need for pumps capable of greater pressure. “The mines are a lot deeper these days,” Bhabra said. “That is where the demand for the product comes from.”

For the moment, that demand takes the form of inquiries, which are coming in from all over the world, he said. “We’ve got inquiries with customers waiting for us to start a supply chain as far afield as Australia,” Bhabra said. “We had inquiries in Australia, in North America, in Panama, and then Chile and Brazil as well.”

The official release, currently calendared for the last week of September, speaks to the company’s ability to understand customer needs and act proactively, Bhabra said. “We continue to strive to stay ahead, to be at the forefront of what the markets are requiring, and this addition to our range really shows our commitment to work with our customers and develop products on the basis of their needs.”

Integrated Pump Rental (IPR) reported it was contracted by a mine in Lesotho to quickly dewater a pit receiving a constant flow of water.

The miner and supplier had what IPR leadership described as a long-term relationship. The scope of the task included pumping the water from the pit through a 200-mm high-density polyethylene line, with a head of 127 m, to a holding dam. And it had to be done fast.

“We secured this dewatering contract due to our quick and effective response,” said Andre Strydom, rental development manager, IPR.

IPR selected a fuel-efficient Sykes Xtra High Head pump. “The Sykes XH150 unit was on site and commissioned just 24 hours after receiving the call from the customer,” Strydom said.

Strydom said solutions like the Sykes XH150 are seeing increasing demand as mines become deeper. With automatic priming and a high solid-handling capacity, the pump is designed to dewater efficiently, he said.

“The unit has one of the best shaft stiffness ratios of any automatic priming pump on the market,” Strydom said. “Sykes engineers have ensured that the enormous pressures and heads associated with such performance do not compromise seal integrity through shaft flexing.”

Sykes models can operate unattended at high discharge heads, Strydom said. The pumps can be primed with long suction hoses and can manage suction lifts of up to 9 m. The oil bath mechanical-seal assembly enables the pumps to run dry for extended periods and accommodate fluctuating suction levels.

The pump’s performance served as a foil for the service provided, Strydom said. “Our service levels and experience made the whole operation smooth and effortless,” he said. “We strive to provide that extra mile that a customer is looking for.”

Xylem launched the Godwin CD150S Dri-Prime dewatering pump, which can be equipped with the company’s Field Smart Technology (FST), at bauma 2019. Part of the Godwin S series, the pump is designed for the toughest mining applications, the company reported.

The design allows the impeller to be easily changed out and replaced with the Flygt N-Technology non-clog impeller. This allows the user to dewater a site with large solids and then switch to the Flygt impeller to handle more fibrous materials, Xylem reported. The user can then easily switch back if needed. The capability could save users time and resources that can prove costly, the company reported.

The belt tensioner reduces belt changeout time to approximately 30 minutes. A sight glass allows operators to monitor the pump’s mechanical seal oil. The results of these design changes include improved service efficiency and the reduction of service time by up to 40%, Xylem reported.

The optional FST is a cloud-based telematics, Internet-of-Things platform that uses cellular, satellite and GPS technology, and allows for condition monitoring. With it, users can monitor and control the pump in real time from a handheld device, laptop or desktop computer anywhere in the world, the company reported.

FST can alert users if a problem arises. It increases pump uptime by 20% and ensures field equipment and labor resources are used efficiently, Xylem reported.

The pump is equipped with an European Union Stage V engine and is compliant with Stage V emissions standards. It provides a 90% reduction in particulate emissions.

Xylem described the pump as the “smart solution for water that offers unmatched control and peace of mind anytime, anywhere.” 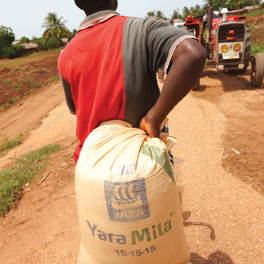