In 2010, the Russian uranium production company, ARMZ, took delivery of a fleet of 11 L130D miniLoaders, supplied by the French company, Aramine. Designed specifically for narrow-vein applications, the machines are just 1,040 mm wide and have a 2,125 mm inside turning radius when equipped with a 0.6-m3 (1.2 mt) rock bucket.

The L130D is small enough for cage transport.

Based on its output in 2012, ARMZ (Rosatom’s mining division) is the world’s third-largest uranium company, having produced 7,572 metric tons (mt) that year.  It has underground and in-situ leach operations in Russia, as well as international interests through its subsidiary, Canada’s Uranium One Inc. Its largest Russian operation, the Priargunsky Industry Mining and Chemical Union, produces uranium from underground mines at Kraznokamensk in the far southeast of the country, working vein-type resources hosted in the Streltsovskoye caldera.

Discovered in 1963, Streltsovskoye is believed to be the world’s largest volcanogenic uranium deposit. Recent estimates give a resource of some 280,000 mt of uranium—equivalent to 330,000 mt of U3O8, with reserves of 111,100 mt of uranium at the beginning of 2013.

Lying only about 40 km from the Russian-Chinese border, and 110 km from the point where Russia, China and Mongolia meet, the Priargunsky operation began in the late 1960s. Today it encompasses uranium production from four underground mines, with hydrometallurgical and sulphuric acid plants, and other facilities. A fifth mine is now under development. It is also self-sufficient in power supplies, with its own lignite-mining operation. To place the operation in context, its output since 1968 has been more than 130,000 mt of uranium.

No fewer than 19 separate uranium deposits have been identified within the Streltsovskoye caldera structure, with orebodies mainly occurring in steeply dipping fault zones. The ore field was originally explored for its near-surface fluorite resources, with the uranium mineralization subsequently being discovered below these. The two largest individual deposits are hosted in basement rocks, while the remainder occur in sedimentary and volcanogenic rocks within the caldera; reserves have been estimated only for the five largest, where mining or development is currently under way.

While past production from Priargunsky has been more than 3,500 mt/y, this has fallen back in recent years, with ARMZ now focusing on investments aimed at maintaining output at 2,000 t/y from the mines.  Major factors in the downturn have been the exhaustion of the shallower, higher-grade deposits that were mined first, and the retirement of a significant proportion of the mining workforce, leaving the company with a major skills shortage.

Aramine claims that its L130D is more powerful and productive than competitive LHDs working at Priargunsky.

The upshot of the crisis-management plant now in operation was that the mines produced 2,120 mt of uranium during 2012 from 1.8 million mt of ore, with some 1,600 new employees and apprentices being hired.

Priargunsky’s main mining method is cut-and-fill, with the company currently evaluating the use of block in-situ leaching as well.  The veins are typically 1- to 1.5-m wide, carrying ore grading 0.13% uranium, with operations at depths of between 900 m and 1,300 m (2,950 and 4,265 ft). The Aramine mini-loaders are used in Mines Nos. 1 and 2, and in the Glubokiy (“deep”) mine, handling production ore. Typical haul distances range from 150 m to 300 m, with nine hours of production time each day.

Weighing 4.7 mt unloaded, the L130D loader is designed for use in tunnels measuring a minimum of 1.8-m wide and 2.3-m high. Aramine provides a choice of three diesel engines for these machines; a 43-kW Perkins water-cooled unit, or a 50-kW air-cooled Deutz, with a 40-kW Deutz engine available for high-altitude operations up to 4,000 m. The machine’s ventilation requirement is 86 m3/minute.

The operator’s position is side-mounted, with a ROPS/FOPS canopy above. Hydrostatic drive provides tramming speeds of up to 8.5 km/h, with the machine offering a production capacity of between 30 mt/h and 40 mt/h over a 100-m haul distance, down to 15 mt/h at 300 m.

As all of the mines at Priargunsky are shaft-accessed, the Aramine loaders had to be disassembled, lowered in pieces then reassembled underground.  Today, all of the maintenance is carried out in underground workshops.

According to Alexei Nevskiy, asset management director for ARMZ, the L-130s have shown good reliability since they were commissioned, not only because of their build quality but also reflecting the after-sales support provided by Aramine’s service engineers.

From Aramine’s Perspective:
E&MJ asked Aramine’s area sales manager for Priargunsky, Kirill Tolmatchev, why he thought that the L130 LHDs had proved to be successful in the difficult conditions underground there. “The loaders have proved to be very reliable,” he said. “Indeed, during last year there were only two machine failures, and overall the loaders had three times the availability of competitive machines there.

“The working conditions are very tough,” he said. “The machines can be overloaded, and the roadway conditions can be both rough and muddy. It is also very humid underground.

“The L130s are being used for both development and production,” Tolmatchev explained. “One of the our big selling points is that they have a 20% bigger bucket than competitive machines, so are much more productive than other units of a similar width. They also have a more powerful engine.”

Asked about the challenges of supplying service to machines in such a remote location, Tolmatchev said the mine does its own maintenance with support from Aramine. “We have a dedicated spares stock specially for Priagunsky,” he added, “which means that spares are available on site.”

With the mine developing new underground operations, Tolmatchev is confident of winning more orders for Aramine’s LHDs. “We plan to have a long-term relationship with Priargunsky,” he said.

The Selection Pool Deepens for Submersibles 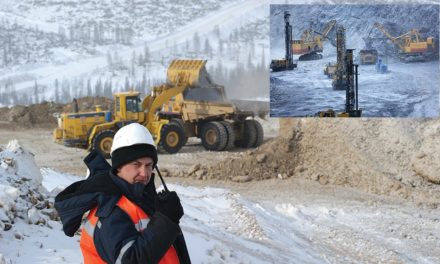 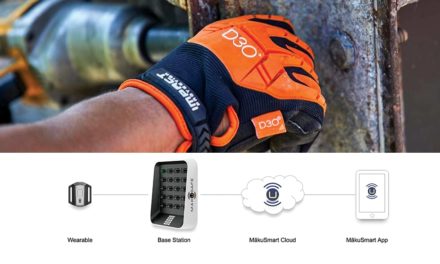