African Acid: Turning the Market Around

Smelting sulphide minerals and producing sulphuric acid are intimately linked chemical processes. With environmental protection regulations having become increasingly stringent over the past 20-30 years, the incentive for smelter operators to realize an additional revenue stream from their off-gases has grown as well. Around the world, many smelters are now fully equipped with gas-capture systems that provide the raw material for acid production, and there is significant international trade in sulphuric acid—even to major mining areas where local production remains inadequate to meet demand.

As an example, the growth in copper production from oxide ores in countries such as the Democratic Republic of the Congo (DRC) has led to rising demand for acid for leaching, yet up to now, the country itself has not had significant acid-production capacity. In fact, as a recent one-off report from the U.K.-based fertilizer consultancy, Fertecon, pointed out, mining and smelting companies in the DRC, Namibia and Zambia have mainly had to rely on imports of solid sulphur to provide feedstock for producing the acid needed for leaching and other operations.

That, however, looks set to change, Fertecon believes, with new sulphide smelter capacity coming on stream in southern Africa, and existing smelters being brought up to current environmental standards with the installation of SO2 capture systems. Not only that, but Fertecon is of the opinion that these countries could actually change from being sulphur importers to sulphuric acid exporters, and by doing so will change the whole market dynamics of the region.

The company even goes further than that, to suggest that if the newly refurbished smelters cannot find markets for their acid, they will have to cut production for the very good reason that they will be unable to hold ever-increasing acid stocks.

And, Fertecon said, while some companies that have both sulphide and oxide ore production may be able to use the acid they produce internally, the potential scale of new acid production is such that it will swamp domestic demand. Exports will be essential, and that in turn will require major investment in new road, rail and port infrastructure in order to get that acid to market.

A MAJOR CHANGE
Excluding South Africa, Fertecon estimated that acid production from smelters will total some 4.2 million metric tons per year (mt/y), while current imports of around 1.3 million mt/y of sulphur feed the production of 4 million mt/y of acid by the sulphur-burner process—1 mt of solid sulphur generates around 3 mt of acid. Zambia alone will have the smelter capacity to produce nearly 4 million mt/y of acid, with Namibia contributing much of the remainder.

Zambia’s copper-smelting capacity will soon be increased with the commissioning of the first phase of First Quantum Minerals’ smelter at Kansanshi. Built at a cost of $850 million, this will process 1.2 million mt/y of concentrates and generate 1 million mt/y of acid as well as 300,000 mt/y of copper. The company noted in its third-quarter report that the acid will benefit the Kansanshi operation by allowing the treatment of high acid-consuming oxide ores and the leaching of some mixed ores. It is already looking at doubling the smelter’s capacity as soon as the first unit is commissioned.

First Quantum is also a minority shareholder—together with Glencore—in Mopani Copper Mines, which commissioned its own off-gas capture project in March last year. Built in 1937, the Mufulira smelter has been upgraded at a cost of $500 million such that 97% of SO2 emissions are now captured and used as acid-production feed. Mopani previously produced some 365,000 mt/y of acid from sulphur-burning; it now has 767,000 mt/y of smelter acid capacity, with Fertecon reporting Glencore’s intention to move acid across the border into the DRC for use at its Katanga and Mutanda operations there. It also has internal demand for leaching at both Kitwe and Mufulira.

Vedanta Resources’ Zambian subsidiary, Konkola Copper Mines, operates the Nchanga smelter at Chingola, with around 1 million mt/y of acid produced here being used at the company’s tailings-leach operation. Other markets include domestic and export sales. The old Nchanga smelter was replaced in 2008, with the current unit capturing more than 99% of SO2 emissions, the company stated.

Other smelters in Zambia include the unit at Chambishi, a tolling smelter operated by a subsidiary of China Nonferrous Metals Mining Group. Its acid production capacity is unclear, although for a plant opened only in 2008, it is reasonable to assume that it is equipped with gas-scrubbing and treatment facilities. Chambishi Metals, meanwhile, 90% owned by Eurasian Resource Group (formerly ENRC), has 360,000 mt/y of smelter acid capacity, which it uses for its own SX/EW operations.

FURTHER SOUTH
Namibia’s contribution to regional acid production comes from the Tsumeb smelter, operated by Dundee Precious Metals. A new 280,000-mt/y acid plant is being commissioned there, with the first production scheduled for mid-2015. Acid users, including the Skorpion zinc mine, Husab (uranium) and Rio Tinto’s Rössing uranium mine, currently rely on sulphur-burning or acid imports for their needs, with Rössing having contracted future supplies from Tsumeb.

According to Fertecon, none of South Africa’s smelter-acid capacity is currently on stream, with all domestic and export production generated by sulphur-burning. The biggest individual producer is the fertilizer company, Foskor, with a 2.3-million-mt/y capacity out of a national total of 3.5 million mt. South African exports to Zambia and the DRC have accounted for less than 10% of annual production in recent years, although solid sulphur—handled through the ports of Durban and Richards Bay—transits through the country on its journey further north.

The increase in smelter acid capacity in Zambia will have an impact on this trade, Fertecon noted, with less opportunity for both sulphur and acid shipments from South Africa. Indeed, there is the potential for the trade to reverse, should the Zambian producers manage to tap new markets there.

TRANSPORT LINKS THE KEY
Of course, having the production capacity is one thing; having the means to benefit from it is quite another, especially in a region where years of neglect and under investment have resulted in transport links that leave much to be desired. And while Namibia at least has its own port facilities at Walvis Bay, landlocked Zambia, and the copper-producing areas of the DRC are completely reliant on the regional road and rail network to get supplies in and exports out.

The Chinese-funded construction of the railway from Zambia to Dar-es-Salaam in Tanzania in the 1970s was really the one highlight in an otherwise gloomy infrastructural picture. Railways in both Angola and Mozambique suffered badly during the two countries’ respective civil wars, and while the recent coal-mine developments in Mozambique have gone some way to ameliorating the situation there, that is of little practical help to the Copperbelt producers.

The problem is recognized, and a number of big-budget projects are already under way. An extension to the Benguela railway in Angola, built at the same time as renovating the existing derelict line, has been completed using Chinese aid, allowing trains to run from the DRC border to the port of Lobito. The South African freight-handling company, Grindrod, is currently working in partnership with NorthWest Rail on a feasibility study to link Chingola in Zambia with the Benguela railway, thereby providing existing mines such as Kansanshi with better internal links, and the entire Copperbelt with an alternative freight port to its existing options. Project costs of around $1 billion have been estimated for the 590-km route.

And Zambia is not the only country in the region with this type of expenditure in mind. According to Fertecon, Angola has spent $2 billion, and Mozambique has a $3 billion plan for infrastructure rehabilitation and expansion centered on Maputo, although for geographical reasons this would clearly be less important to the Copperbelt mining industry than to southern users. Similarly, any developments that might put Namibia’s aging rail network back on track would be of interest for South Africa and Botswana, but probably not to Zambia and the DRC.

POTENTIAL MARKETS
As things stand today, the biggest potential market for Zambian acid exports would be the DRC. With Gécamines’ smelter at Lubumbashi either mothballed or at best, not equipped to produce acid, the country’s copper and cobalt miners are wholly reliant on sulphur burning using imported raw materials.

Several DRC mines use SX/EW routes to produce cathode copper. Freeport McMoRan’s Tenke Fungurume, Glencore’s Katanga and Mutanda, and Jinchuan Group subsidiary Metorex’s Ruashi operations all have their own sulphur-burning capabilities to supply their own and other local needs. However, all of this relies on sulphur being imported via Tanzania or South Africa—at significant transport costs. The availability of smelter-produced acid from just across the border will simplify the logistics chain, as well as help the DRC copper industry to hold down production costs.

Further afield, Fertecon predicted that Zambian acid could find its way to consuming countries such as Brazil, Chile and India once suitable infrastructure is in place.

On the other side of the equation, current solid sulphur suppliers to the region that include countries in the Middle East, the Mediterranean region and the CIS will inevitably lose their markets there. And, in the long run, the availability of lower-cost, locally produced smelter acid may even spur the development of new SX/EW operations across the Copperbelt, helping to reinstate the region as one of the world’s top copper-mining centers.

E&MJ would like to thank Ian Hart, content director at Agra and Fertecon, for permission to use Fertecon’s report, Can Africa’s Copper Belt Turn From Sulphur Importer Into a Sulphuric Acid Exporter? as the source for this article. More information about Fertecon and the services that it provides can be found at https://fertecon.agra-net.com. 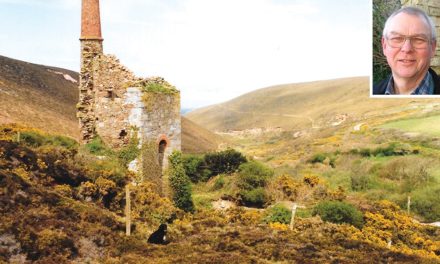 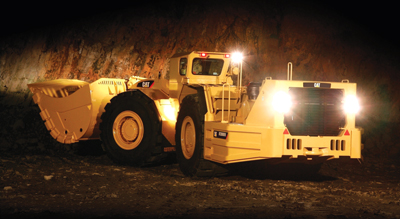 Equipment Selection is Key for Productivity in Underground Loading and Haulage

Designing Mines with Data in Mind