A CSR Curse in Transylvania

In May of this year, a handful of anti-mining activists descended on the annual shareholders’ meeting of Allianz in Munich, Germany. Their mission: to convince one of the world’s top accident insurers to reconsider its relationship with Gabriel Resources Ltd., a Canadian miner, which, since 1999, has spent $550 million developing one of Europe’s biggest gold deposits in Romania’s storied Carpathian Mountains.

Risk assessment procedures had begun two months earlier, but the protestors prevailed. “After what I learned today,” said CEO Michael Diekmann, “Allianz will do no business with Gabriel Resources and will not insure the proposed project.”

The mobilization was one of many accentuating the Toronto-listed junior’s latest defeat after Bucharest parliamentarians rejected a draft bill for its open-cast, $7.5 billion Rosia Montana project on November 11. Despite years of opposition across the country and around the world, however, Gabriel and its CEO Jonathan Henry remain undeterred. “Our goal remains to bring the project through to reality that will significantly benefit the people of Romania,” he said.

In a fast-changing world of Corporate Social Responsibility (CSR), Gabriel’s plans for an estimated 314 tons of gold and 1,500 tons of silver in Transylvania have foundered distinctively. Moreover, reactive public relations, other missteps and a nightmarish setting, said observers, have buried a community-oriented mine featuring jobs, archaeological considerations, and an environmental cleanup beneath fierce local and global resistance—trumping Gabriel’s business model and standing as a Canadian cultural diplomat.

In one of Europe’s poorest nations with a legacy of corruption and heated nongovernmental organization (NGO) activity, Gabriel’s foray into a region rife with industrial pollution—and a 2,000-year mining history—made for a perfect storm, energizing tens of thousands across Romania, Europe and elsewhere through social media. Though a trademark of the gold mining sector—and in well-regulated Europe—planned cyanide use has garnered particular condemnation.

Opponents have also repeatedly cited  contamination from another area mine, U.N.-listed alongside Chernobyl, as among Europe’s worst, as a precedent. In 2000, a tailings dam burst at the Baia Mare Aurul gold mine, leaking 100,000 m3 of wastewater into rivers, polluting drinking water for 2.5 million people and killing 1,200 fish, while feeding into Serbia, Hungary and Bulgaria.

An activist momentum has been impressive, stirring the same cities that rebelled against President Nicholae Ceaucescu’s dictatorship in 1989, while echoing anti-austerity passions that toppled the previous government after a $26 billion IMF bailout. In October, for example, the local “Save Rosia Montana” campaign published 150,000 copies of its Freedom for the Apuseni Mountains newspaper; the group has 50,000 Facebook “likes,” and international support. The month before, NGOs organized four protests in 30 Romanian cities and 34 around the world.

For its part, Gabriel has demonstrated a clear interest in being a good citizen. With offices in London, for instance, it has invested and earmarked millions for cleanup and reclamation at the site, which has been abaondoned since 2006, for its 16-year lifespan; the four-pit project itself, they added, would contribute $24 billion to national GDP. Baia Mare, the company added, was operated by a state-owned miner for years prior to Romania entering the European Union (EU). Romania and its 19 million people didn’t join the EU until seven years after the spill.

One of Gabriel’s most lauded programs, meanwhile, has been the archaeological restoration of 41 historic structures the Council of Europe called “exemplary” in an area with a Roman era past. Similarly, Gabriel has supported educational and youth partnerships involving 300 students along with a “Good Neighbor” program providing basic services, food, and emergency services to the elderly and disadvantaged.

Nonetheless, Rosia Montana remains under siege on all fronts: A report issued by the University of Oxford’s Institute of Archaeology, asserts mining in an area of such important historical significance equals “cultural vandalism.” Beyond that, a separate NGO-funded Environmental Impact Assessment (EIA) has characterized the company’s own study as “poorly organized, confusing and not comprehensive.”

But local politics have proven most toxic for Gabriel, which owns 80% of the project alongside Romania’s CNCAF Minvest S.A., in a young democracy where mistrust of government still runs deep. Transparency International, a non-profit, consistently ranks Romania at the bottom of European nations, while, more damningly, a 2013 World Economic Forum report put Romania 141 out of 148 countries for “public trust in politicians.”

After initially supporting the operation, lawmakers, sensitive to public opinion, backed away, leading to the parliamentary special committee defeat of 17-2; the company has already spoken of suing Bucharest for $4 billion if Rosia Montana cannot be salvaged.

But there’s also the company itself, which failed to fully establish motivations and goodwill in public from the start, said Aston. “We said in the first report that you’ve got to engage people—they were not transparent,” he said. “I came back a year later and it got worse and worse;” the company has had six CEOs since.

Less obvious agendas have fueled NGO campaigns, too, including efforts “to challenge the government on its decision-making processes,” said Aston. “It was the right project at the right time for the NGOs.”

In the end, another inconvenient truth looms larger behind the headlines: Most of Rosia Montana’s 2,800 residents support a mine that would create 2,600 jobs at construction and 900 more once operations get under way, according to pollsters, in a place with 50% unemployment.

Symptomatic was a more poignant, though quieter, September protest when 33 Rosia Montana miners blockaded themselves 300 m underground, threatening a hunger strike over plans to stop development.

They cheered Prime Minister Victor Ponta after he met them. “I promised them a parliamentary commission,” Ponta said.

Three months later, his intentions lie in limbo, along with Rosia Montana’s future and its dilapidated, desperate communities. “We are standing on gold,” read a banner in a 2012 local pro-mining rally, “but dying of hunger.” 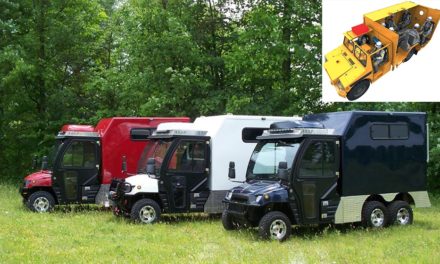