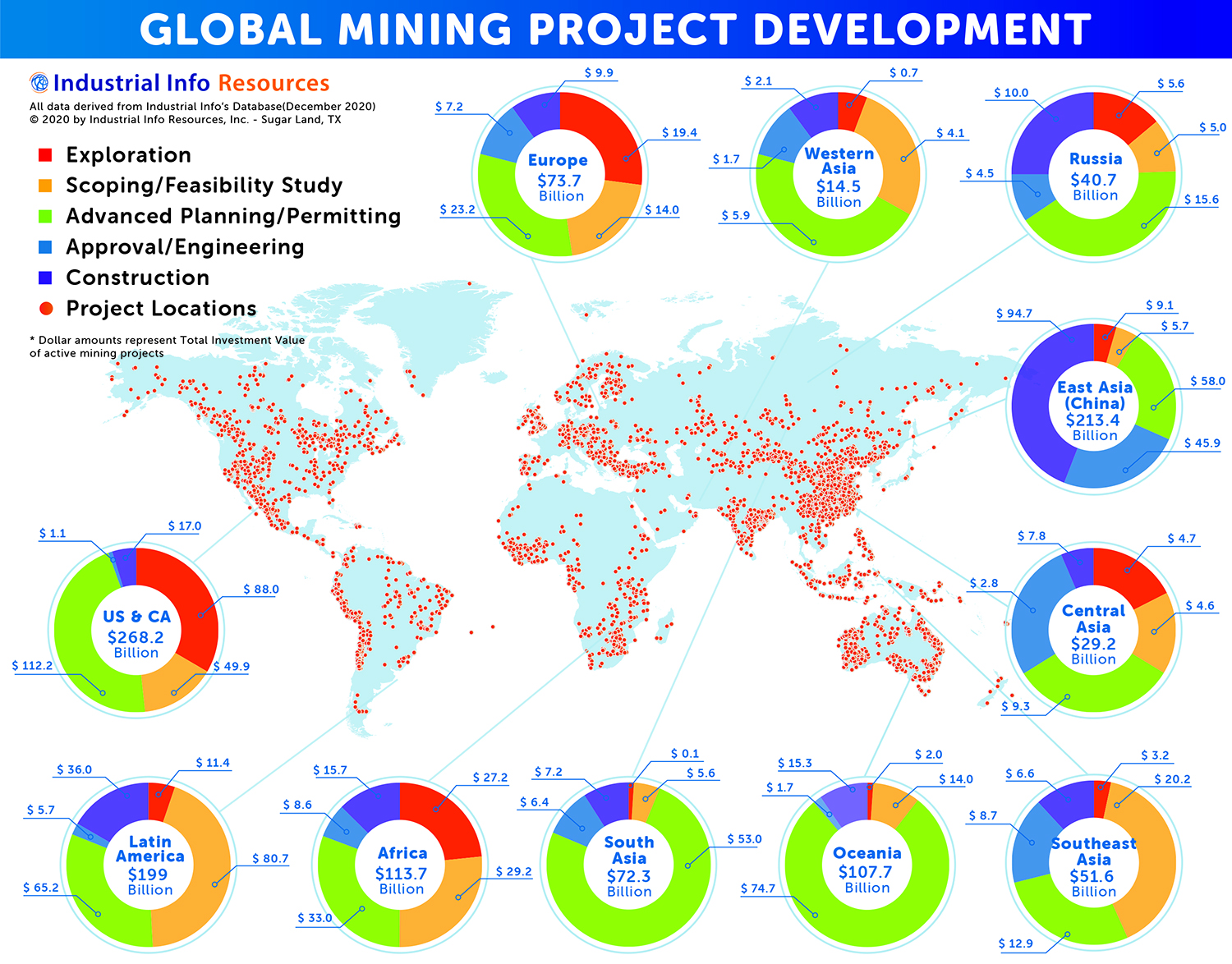 Last year was a challenging year to say the least, but also one that presented opportunities for 2021 and beyond. A year ago, the mining sector was ramping up with regard to capital expenditures, with plans for about a 12% increase in capital spending for the year, continuing a trend of increased capital spending, which started at the bottom of the cycle in 2017 (metal prices had hit lows in late 2016). All of that changed when the COVID-19 pandemic threw a wrench into the global economy in March 2020. Mining firms have been recalibrating business plans since.

Companies learned, very quickly, how to operate safely in the pandemic environment. This includes working at a social distance or remotely. New technological advancements in the form of process or equipment modifications have been accelerated in this environment, which is giving way to opportunities for companies offering automation, digitalization, remote access or related services.

To conserve cash, most mining firms deferred capital expenditures and halted or slowed project activity in 2020. GDP growth, an important leading indicator for capital spending in the mining industry, is estimated by the International Monetary Fund (IMF) to have declined by about 4.9% in 2020.

As of the end of 2020, the number of metals and mining industry projects impacted by the pandemic exceeded 1,600, representing $212 billion, according to surveys conducted by Industrial Info. About 66% of that is for mining projects, with the remainder being for downstream processing and smelting sectors. The good news is that most of these projects are merely being delayed as opposed to canceled. Most delays range from three to 18 months, with a lot of project development being pushed into 2021-2022 timeframe.

Overall capital spending in 2020 ended down about 3% when compared to 2019. Now, that doesn’t seem so bad, all things considered. And indeed, the mining industry is faring much better than other sectors, such as oil and gas, during this downturn.

Government financial stimulus and an early and strong recovery in China have lessened the impact and paved the way for what should be a much-improved 2021. Metals prices have improved significantly from early 2020 lows. The IMF is forecasting GDP growth for 2021 to be in the 5.4% range. This bodes well for amplified capital expenditures in 2021 and Industrial Info is expecting at least a 10% to 15% increase based on what we are hearing from mining firms.

As a safe haven investment, gold reached a historic high price in 2020, exceeding $2,000 per ounce (oz) for the first time. The price of gold has essentially doubled since hitting the bottom of the market at the end of 2016. This is incentivizing investment in gold mining projects and operating gold mines to increase production where possible to take advantage of the favorable price environment. Industrial Info is tracking more than 2,000 gold mining projects totaling $170 billion worldwide.

Prices for other metals improved as well. Copper and iron ore prices reached seven-year highs as 2020 concluded. Miners worldwide welcomed these higher prices, which will provide the impetus to invest.

There are several reasons to be optimistic about capital spending in 2021 and beyond. The long-term drivers of spending, such as population growth, urbanization, and electrification, remain intact, and will continue to drive demand for metals and minerals. And while COVID cases continue to rise, the number of vaccines being released and distributed is bringing hope that there is light at the end of the tunnel.

Globally, there are more than 13,000 active capital projects in the mining industry, representing $1.18 trillion in total investment value, according to Industrial Info’s Business Intelligence. These are projects that run from the early exploration stages, through planning, engineering and construction. Researchers have noted increased activity in projects reaching the feasibility stage, as well as projects reaching the approval/engineering stages and even those going to construction.

Last year marked the lowest number of new mines coming online since Industrial Info has been tracking these stats. Roughly 240 mines came online in 2020 compared with 520 during 2014. There are many reasons for the decline. Easy-to-access resources are dwindling. New mines tend to be more remote, expensive and difficult to permit. Where possible, mining firms are looking to life extension projects and new satellite open-pit or underground mines at existing assets rather than building new mines. There also was a significant capital outlay for new mines built during the mining boom peaking in 2014 and companies have been concentrating on optimizing production from those assets. For 2021, new mine construction, including grassroot mine and brownfields, account for 20% of current projects, while in-plant expansions, additions, retrofits, modernizations, automation and maintenance projects account for 80% of the projects in 2021. 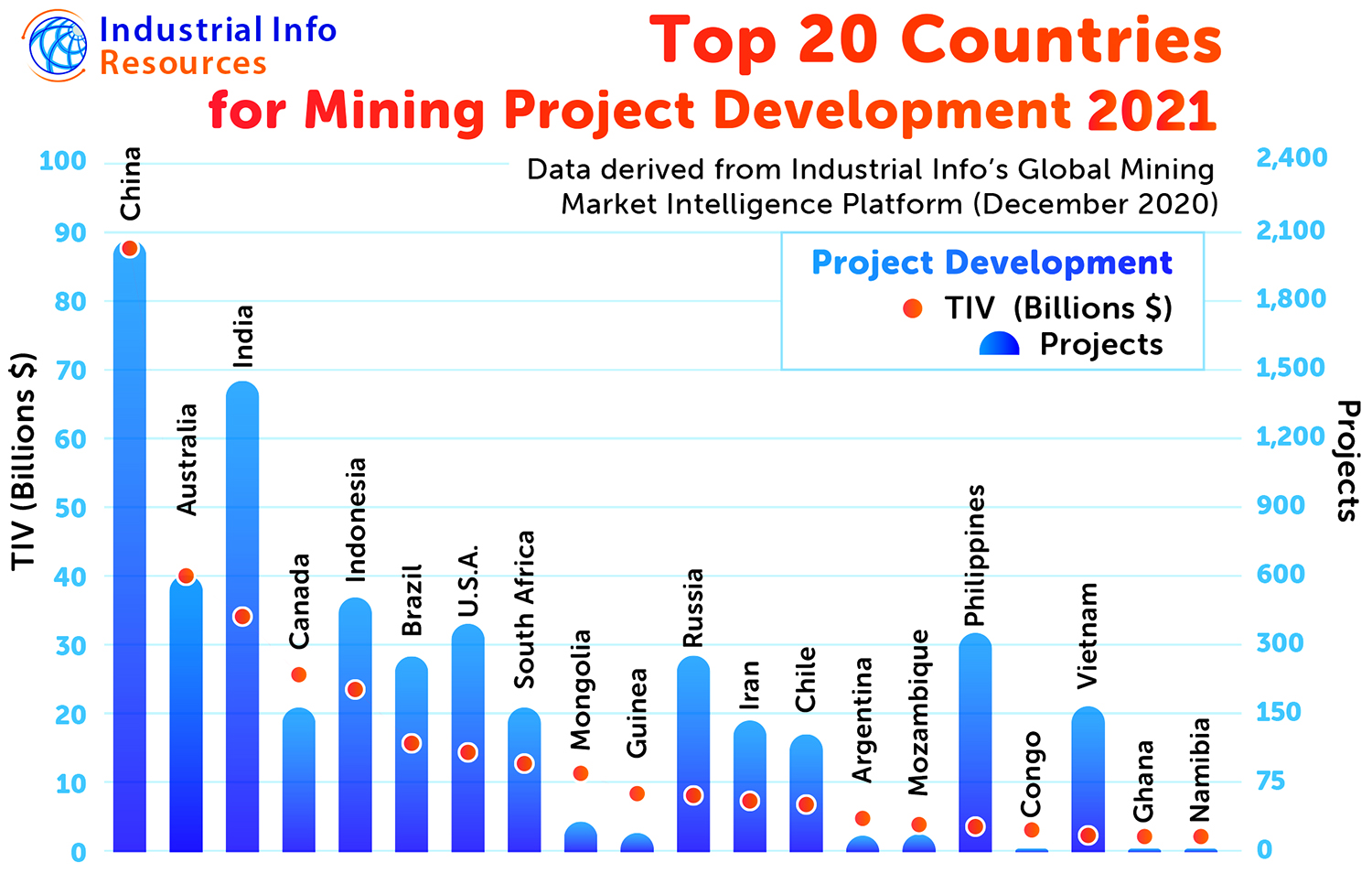 The pandemic blues of 2020 will be replaced by decarbonization fever in 2021. The transition toward electric powered vehicles will continue to accelerate. General Motors, for example, plans to spend $2.5 billion retrofitting its plant in Tennessee for electric vehicle production. In the long term, projects like this will require more batteries, fuel cells and other technology and will increase demand for energy transition metals including lithium, cobalt, graphite, nickel, aluminum and others. Electric vehicles are projected to require at least four times as much copper content as conventional automobiles.

Despite the rosy long-term outlook for electric vehicle demand and thus battery raw material prices, the lithium market has been on a downtrend for the past two years. Prices for lithium surged over 2016 and 2017, but additional capacity expansions outstripped demand growth between 2018 and 2019, triggering a slump in prices.

The COVID-19 pandemic added further bearish pressure to lithium prices in 2020. The result has been some capacity idling and planned expansions deferred until the market returns. Nevertheless, there’s a large number of lithium mining and processing projects planned from the exploration stage through to advanced planning.

Mining companies are increasingly installing captive power plants or outsourcing to build/own/operate companies to supply power. More and more, these plants are fueled by renewables, mainly solar and wind, along with hybrid installations with battery storage, and are getting away from diesel fuel. Industrial Info is tracking about 870 projects totaling $36 billion in power generation projects pertaining to mines.

Accounting for 27% share of global electricity production and an important steelmaking ingredient, coal represents the largest sector for investment in the mining industry accounting for 24% of the project spending. After coal, copper, precious metals, iron ore and potash/phosphate round out the largest markets for capital spending.

Demand for iron ore is recovering nicely, especially in China, where infrastructure stimulus is keeping steel mills busy. Steelmakers in China are in the midst of a massive relocation and replacement program, where complete steel mills are being built anew in coastal areas with new technology that improve emissions reduction and capacity at the same time. Chinese steelmakers are planning $153 billion worth of projects, accounting for about 45% of the value of the world’s steel projects.

Looking at the top 20 countries for mining project development in 2021, China leads the way, followed by Australia, India and Canada. In addition to Canada, the Americas are represented by Brazil, the U.S., Chile and Argentina. Surprisingly absent from the top 20 list this year is Peru and Mexico, both of which have been severely impacted by the pandemic and other social issues causing mining firms to delay some projects beyond 2021. Africa continues to be a continent of growing mining exploration and development activity by many countries, including China and India, looking to secure long-term resource supply. African countries including South Africa, Guinea, Mozambique, Congo, Ghana and Namibia will lead the continent in spending for 2021.

Lengthy permitting and regulatory processes continue to constrain new mine project development in the U.S. In recent years, increased attention has been given to reducing the regulatory load on critical minerals projects on federal lands; however, it is expected the government stance on this may change with the new administration.

Potash, phosphate and fertilizer projects account for more than 25% of project activity in the U.S. and Canada, where there are 35 potash and phosphate projects.

The pandemic, along with economic, geopolitical and social issues, continue to constrain development in many countries in Latin America. In Brazil, Vale recently approved a $1.5 billion expansion of the Serre Sul mine, which aims at increasing iron ore capacity from 90 million tons per year (t/y) to 120 million t/y. 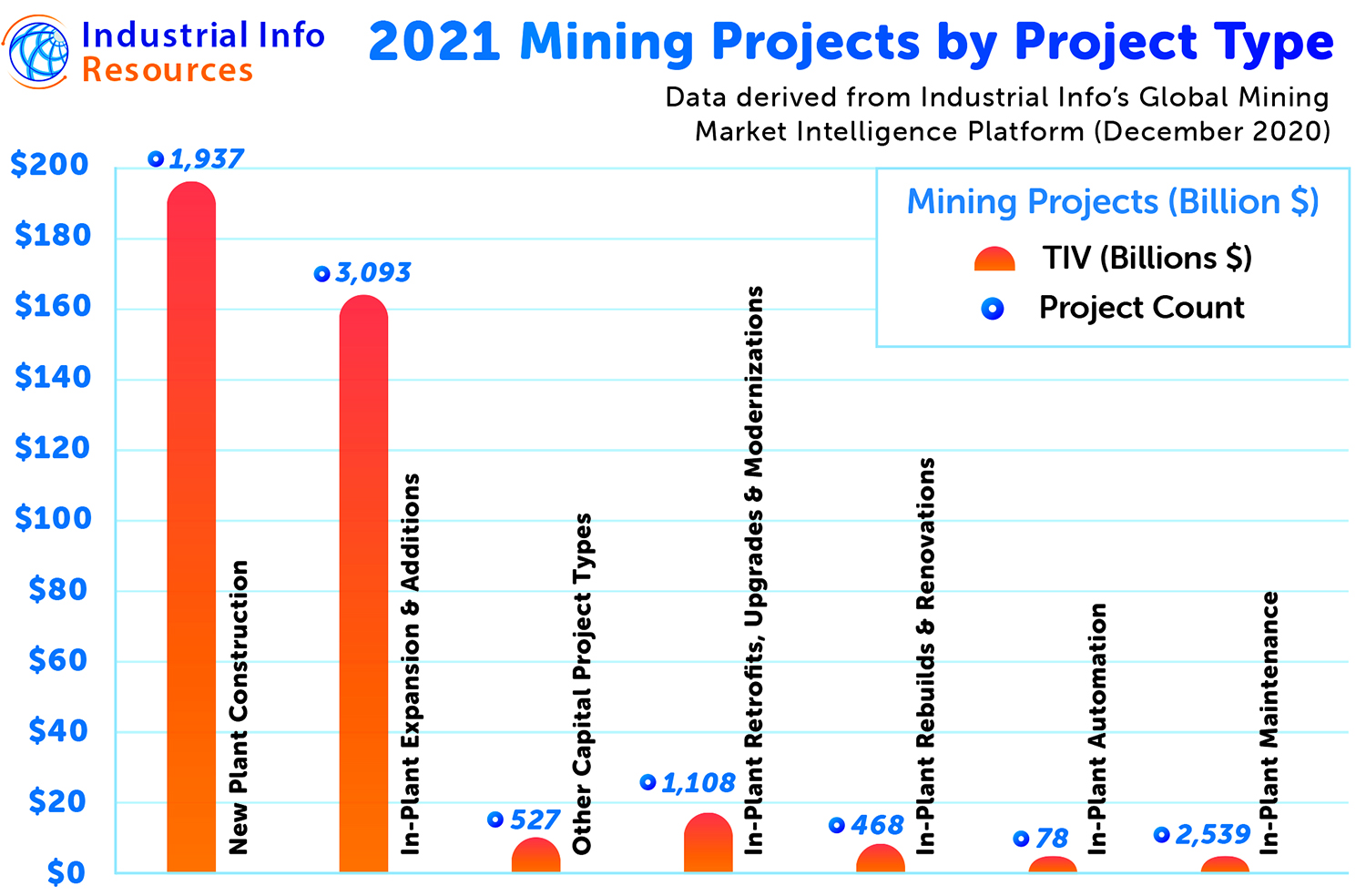 In Chile, Codelco has restarted copper projects and mines that were shuttered due to the pandemic. The company is in the middle of a $40 billion, 10-year upgrade and will resume work at El Teniente and Chuquicamata.

Companies like Glencore have announced coal production cutbacks in Australia. BHP Billiton recently announced plans to sell its coal assets. As a result, Industrial Info expects Australia’s coal miners to reduce capital expenditure reductions and delay projects until the market improves. Still, Bravus is moving ahead with the Carmichael coal megaproject in Queensland and other major coal projects continue.

In conclusion, there are good reasons for miners and those who invest in mining to be optimistic going into 2021 as most leading indicators point to a rebound, and long-term drivers for capital spending remain intact. Mining companies continue to reinvent themselves and reinvest in mining assets to keep up with the world’s changing commodity appetite, as well as decarbonization and sustainability targets. This will drive innovation in new processing technologies, automation and emissions reduction. 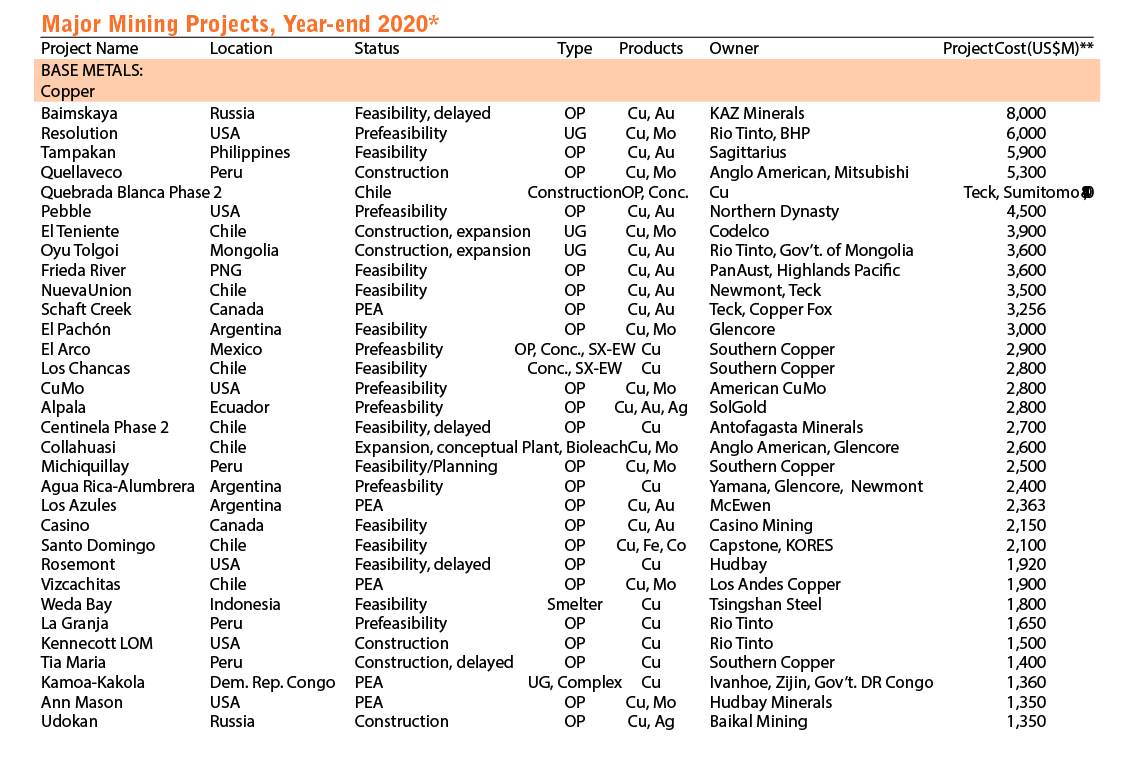 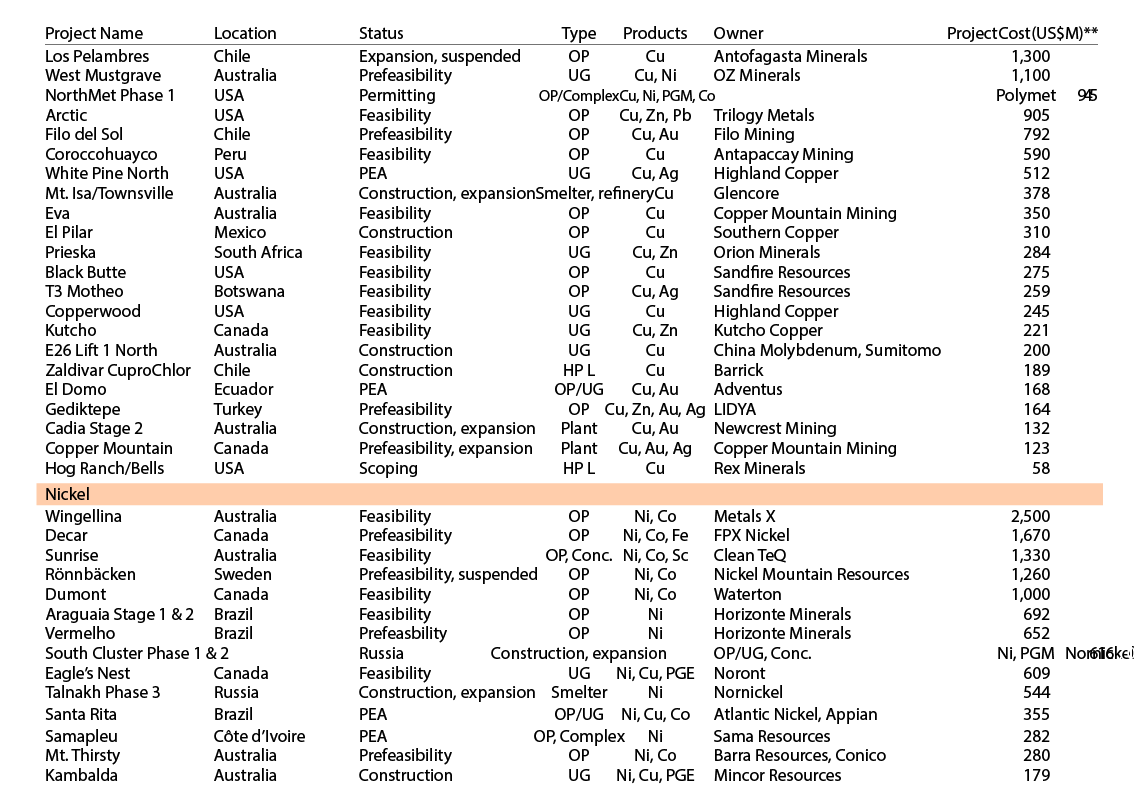 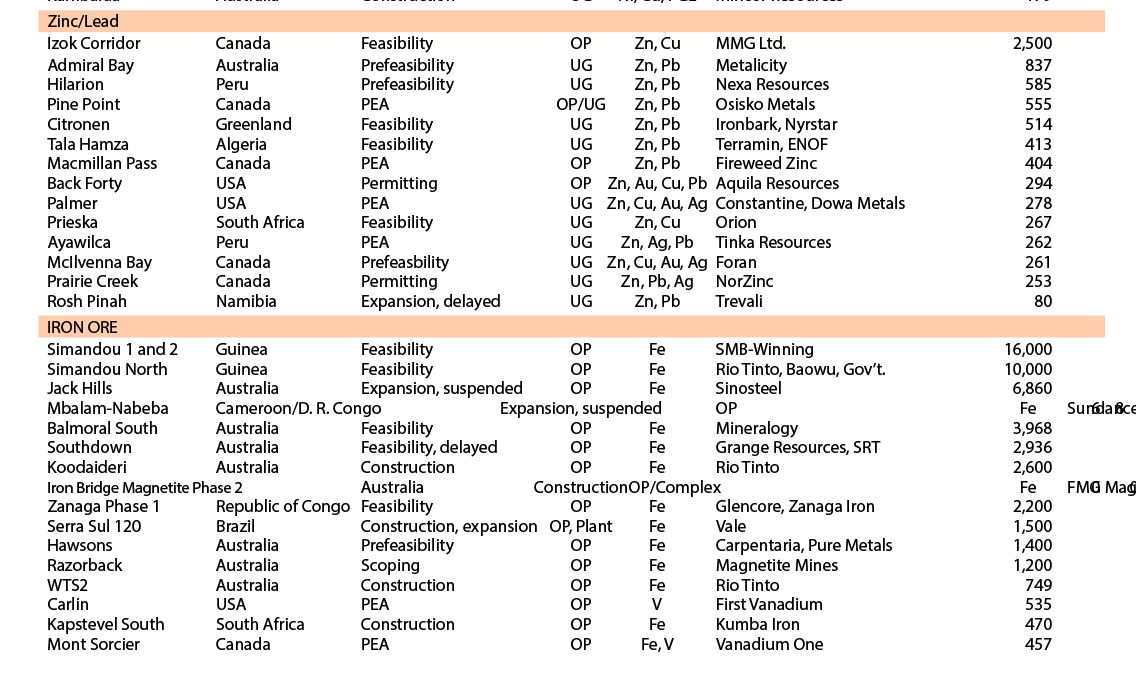 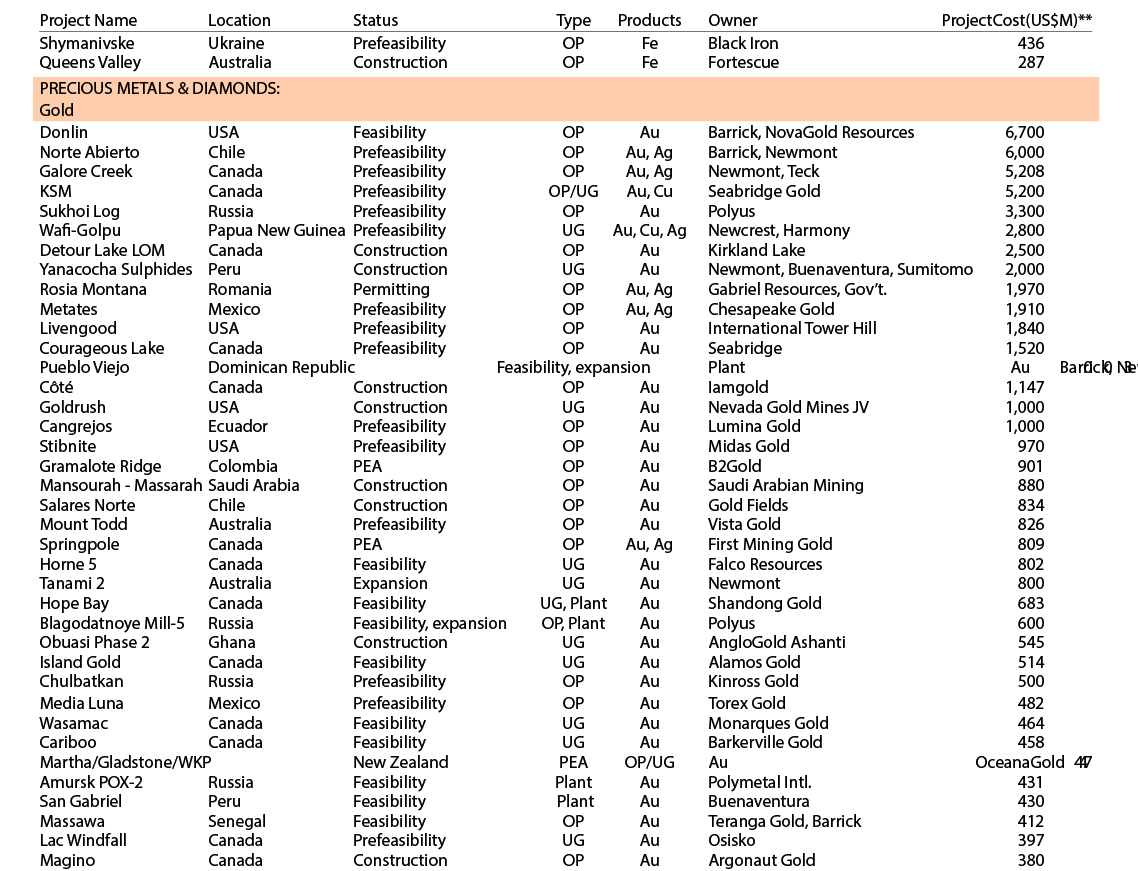 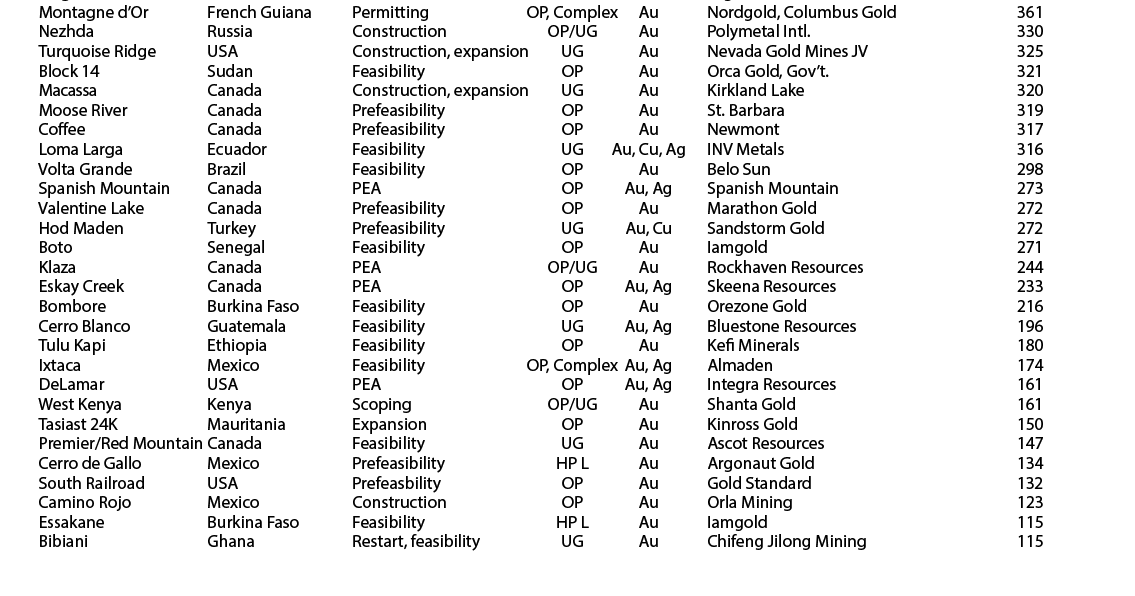 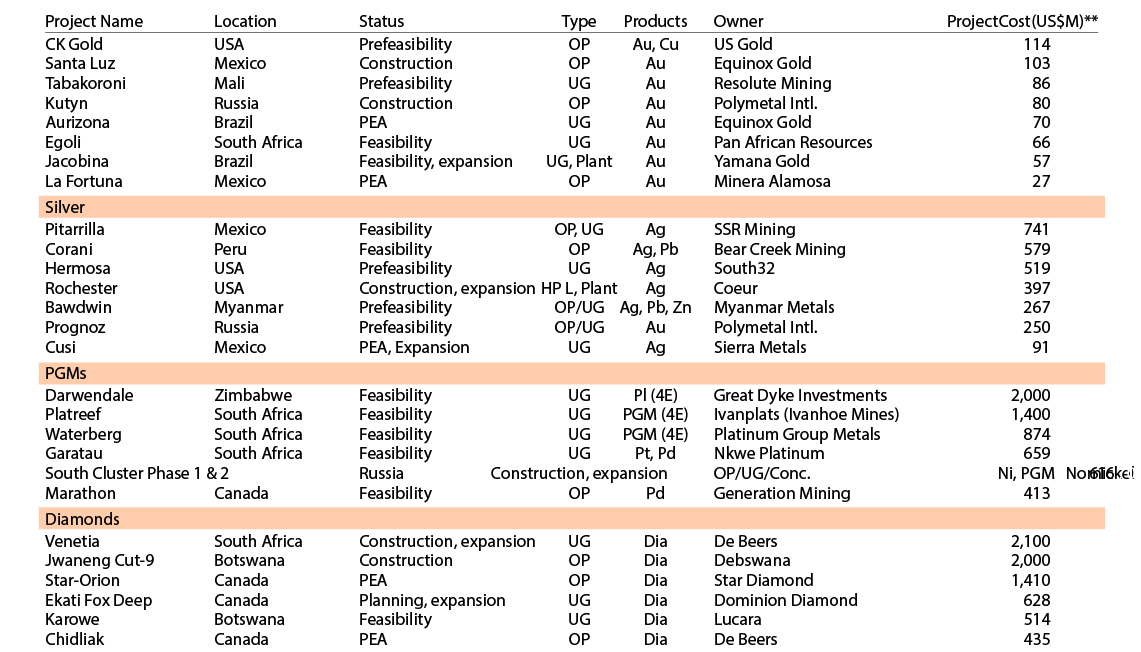 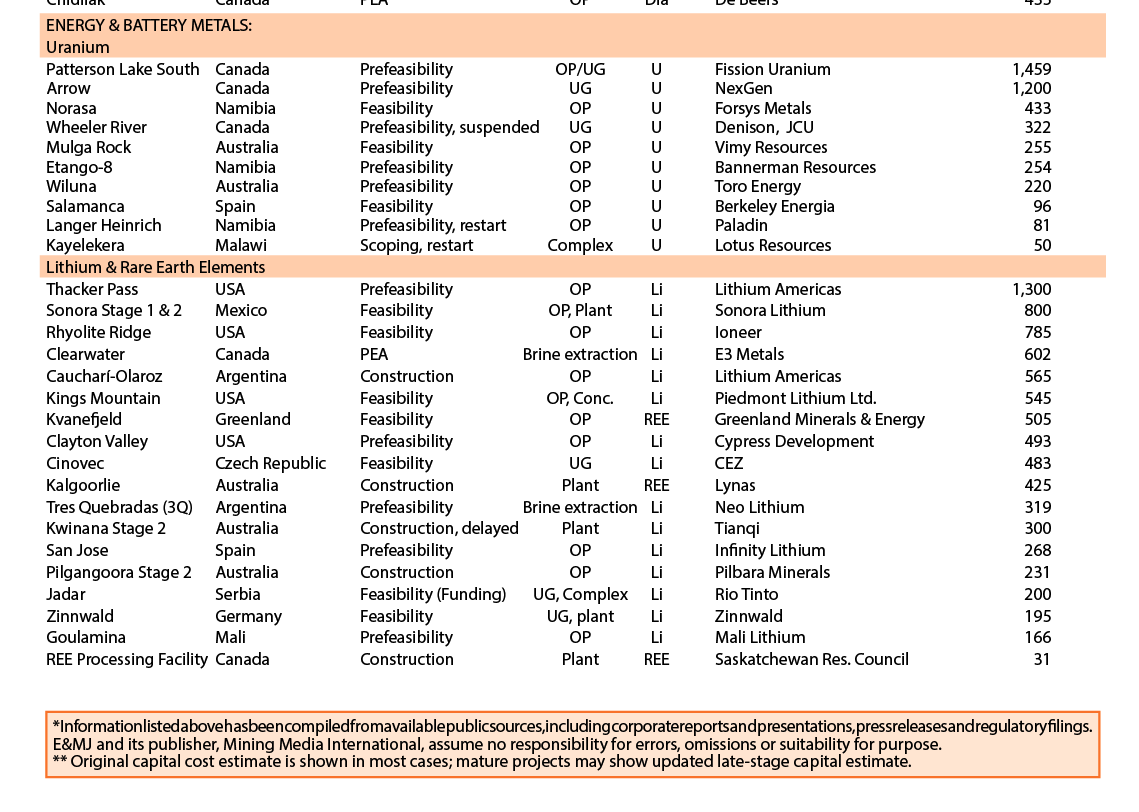 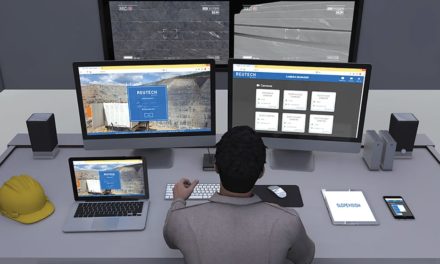