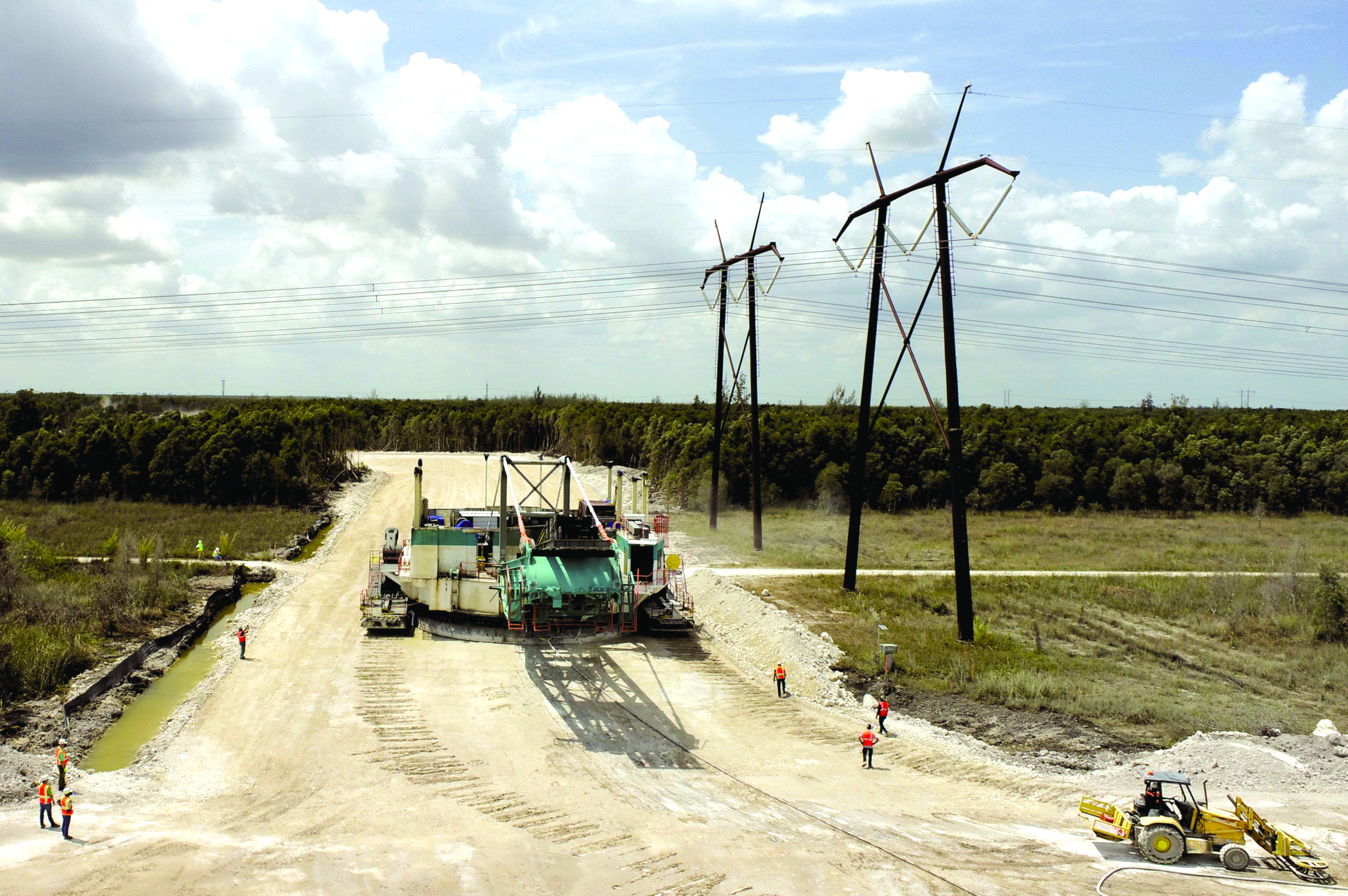 A Marion 7820 dragline passes under 500-kva power lines during the move to a new site at Sabine Mining Co.’s South Hallsville surface mine.

Mining rope maker, Phillystran, supplied Aramid PSWR 1500 fiber lines to North American Coal’s Sabine Mining Co. for moving a Marion 7820 dragline under a pair of 500-kva power lines to a new site at Sabine’s South Hallsville surface mine. The fiber lines supported the dragline boom during the move under the power lines, allowing the dragline relocation to be completed in a fraction of time needed had the boom been disassembled.

Normally, the dragline move would involve either disassembling the boom or lowering the power lines to the ground allowing the dragline to pass over them.

“We considered both approaches, but neither was attractive due to the cost and disruption to mining operations,” said Spence Thompson, manager, dragline technical services at North American Coal’s Sabine Mine. “Working with heavy industrial contractor, Warfab, and Phillystran, we decided to lower the boom and pass under the two 500-kva power lines. This had the advantage of speed as well as reducing the exposure of conductive steel wires to the power lines.

The 5.3-in. diameter Phillystran PSWR 1500 rope has a break strength of 1.5 million lb (6,672 kN). Manufactured to a ± 0.5% (± 4 in.) length tolerance for a spliced rope, four ropes were used with a spliced eye containing a steel grommet thimble at each end. One pair, measuring 55 ft, was connected to a crane and another pair, measuring 63 ft, supported the boom. The length tolerance between each rope pair was ± 0.13% (± 1 in.).  These ropes are stranded synthetic working ropes made of Twaron aramid fiber with braided polyester fiber jackets.