The new release now offers batch optimization, which allows mine planners to optimize a large number of mine schedules in a single automated process. The company noted that running multiple mine schedule optimizations for different scenarios can be very time-consuming, but batch optimization makes this process more efficient—rather than waiting to manually start each scenario when the previous one finishes, users can start the batch optimization and then move on to other tasks while the batch optimizer runs scenarios in the background. The batch optimizer also displays notifications on the system taskbar. Minemax Scheduler 6.2 also includes further enhancements such as the definition of a per-period variable discount rate, improved pivot table outputs, searching and filtering of lists, selection of multiple source files on import and general bug fixes. 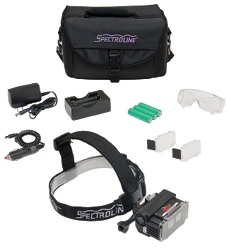 Kit Spotlights Leaks in Areas Where Others Can’t

Ball Valve for Mine Water Systems