In early February, Sandvik Mining unveiled some major upgrades to one of its mainstream boom-type roadheaders, designed specifically for use in roadway development in coal and soft-rock operations. Building on the long-standing success achieved with the MR340—itself developed from the AM75 Alpine Miner—the new MR341 features extensive design improvements as well as the ability to incorporate an integral support-installation package.

Speaking to E&MJ at Sandvik’s competence center for mechanical rock cutting in Zeltweg, Austria, the company’s global sales support manager for coal and minerals, Bruno Reumüller, explained that one of the main drivers for the new upgrades has been its goal of improved safety for equipment operators and other development workers.

“The MR340 was introduced in the 1980s, and has been the most successful mid-range roadheader produced at Zeltweg. Since then, there have been many upgrades to the original machine, so we took the decision to carry out a major redesign with the development of the MR341,” he said. “We now have an integrated excavation and ground-support system.

“Improved safety and the integration of the ground-support module have been the key features. Our aim has been to reduce the risk of people working beneath unsupported ground during heading development, as well as to cut the amount of heavy manual handling that face crews need to do when installing supports such as steel arches.”

The MR341 can be equipped for PLC control, which then allows cutting profile control to be included—an important feature where arch support is being used, since both under- and overbreak must be minimized. Automated cutting is also possible if operators require this, as are data acquisition and smart maintenance options. “This may be adding complexity, but it helps to make up for the increasing shortage of skilled operators throughout the mining world,” Reumüller noted.

Where the machine differs significantly from its predecessor is in the bolting, meshing and arch-installation platform that now rides separately above the cutting boom. A hydraulic, 1-mt-capacity arch- and mesh-setting manipulator allows support materials to be lifted along the side of the machine to the face, while the front of the platform carries a single hydraulic rotary drill for rockbolt installation.

Other important upgrades include the incorporation of dust-extraction ducts along both sides of the roadheader, with moveable inlets, and improved cut-rock handling. This has moved the chain conveyor drives to the rear of the machine, extended the conveyor to the front of the apron, and produced a redesign of the gathering stars on the apron as well. New square star drives mean that maintenance is easier, Sandvik said.

The additional load from the support platform has led the company to change the way in which the undercarriage units are secured to the main frame. Bolting them together provides greater machine stability, Reumüller pointed out, while stronger stabilizers fitted to the track frames enhance this as well as providing better access for under-machine maintenance.

Total installed power on the MR341 is 404 kW (550 hp), comprising 200 kW for the cutting motor, 132 kW for the hydraulics motor/pump and twin 36-kW loading motors. The chain conveyor is now driven hydraulically for better speed control, although electric drive can be specified for less abrasive applications. Sandvik has redesigned the cutter gearbox, with internal sealing that is cheaper to maintain although, as it points out, the gearbox remains fully compatible with the model used on the MR340.

The electric panel is now housed in an ATEX-approved flameproof box that can also incorporate a monitor screen where profile control is used. Sandvik is in the process of gaining national approvals for this enclosure, with the aim of having a standardized installation on all its machines, worldwide.

Two types of water spray are available, the choice depending on local regulations. The Incentive Temperature Potential (ITP) system recycles motor-cooling water into the spraying system, while the Jet Pipe system uses both cooling water and compressed air for dust suppression.

The first MR341 is scheduled for delivery to New World Resources’ 2.9-million-mt/y ČSM mine in the Czech Republic shortly, with a three-month trial scheduled for the second quarter of the year. The largest single component—the main frame—weighs around 7 mt, with a two-week underground assembly schedule possible with three-shift activity.
www.sandvik.com 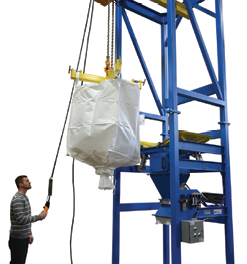