Doosan said its DA40 articulated dump truck offers lower fuel consumption, higher top speed and increased hauling capacity. Powered by a 6-cylinder Scania DC13 Stage IIIB compliant diesel with a gross power output of 368 kW (500 hp) at 2,100 rpm, the new DA40 offers a 10% increase in engine power compared to the previous MT41 model, accompanied by a 22% increase in gross torque to 2373 Nm (1,750 lb ft) at 1,300 rpm. Also contributing to its reduced fuel consumption is its new ZF transmission, which improves the transfer of power from the engine to the wheels for outstanding traction. To withstand the increased power, the truck’s driveline dimensions and cooling capacity have been increased.

The DA40 has a top speed of 58 km/h (36 mph) and an increased body capacity of 24.4 m3—the truck’s payload having been boosted to 40 mt without tailgate, an increase of more than 15% over its predecessor. Full-time 6-wheel drive provides equal power distribution while the free-swinging rear tandem bogie and the special articulation system offer excellent driving performance in difficult terrain. The combination of the tandem bogie and the sloping rear frame, according to Doosan, results in superior rough and soft terrain capabilities and avoids the need for electronic aids such as traction control.

To handle the increased payload as well as provide a smoother ride for the operator, the DA40 has a completely new hydro-gas front suspension, which allows for free movement on one side, without movement on the opposite side, providing maximum ground contact and shock absorption. In addition, the truck’s articulation hinge is positioned behind the turning ring to provide equal weight distribution even during maximum turning and to ensure maximum contact between the front wheels and the ground for optimum traction. 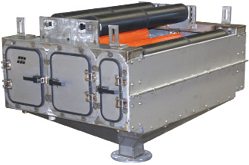 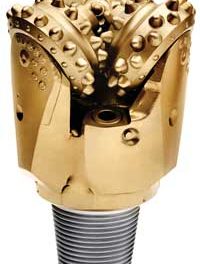