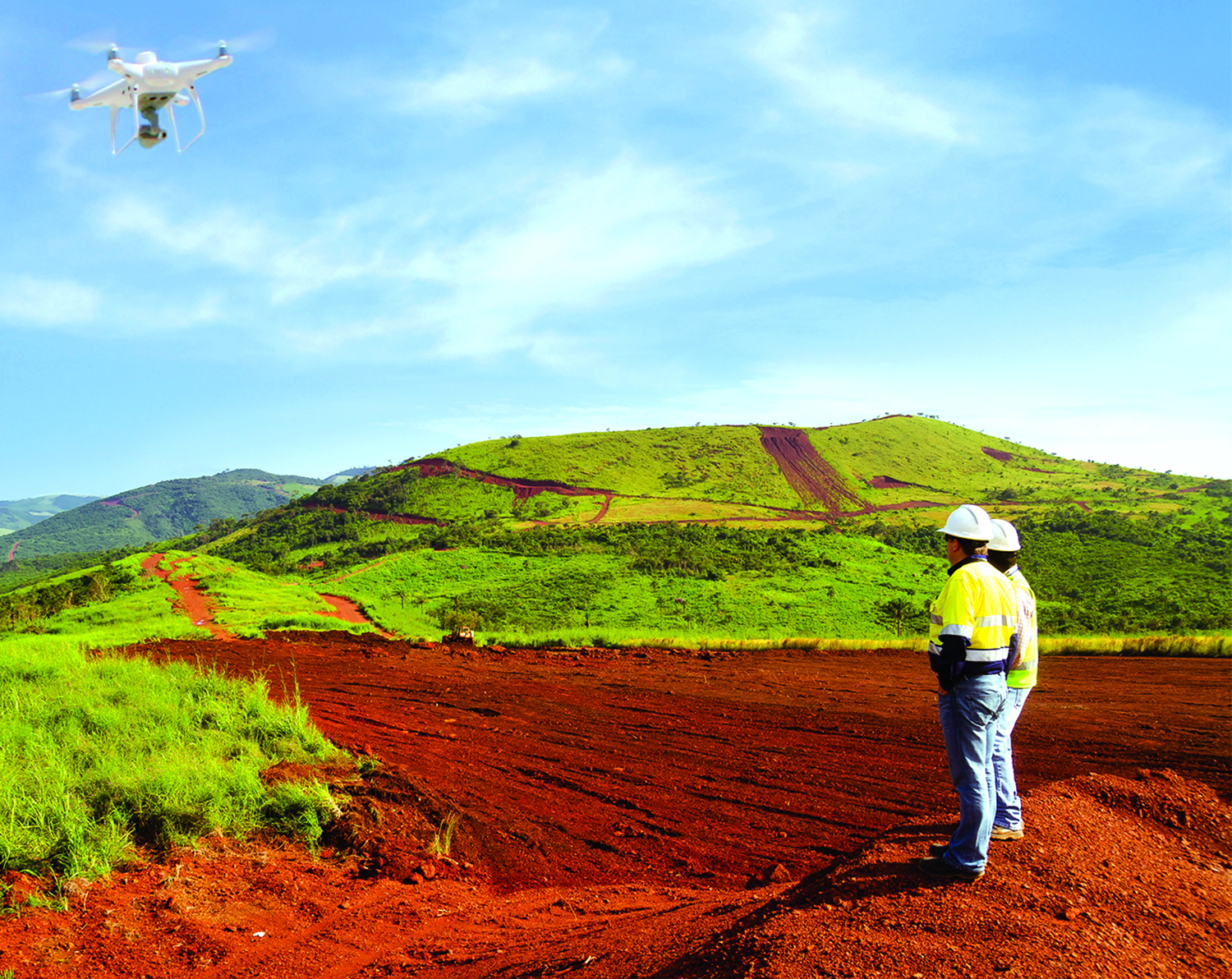 A white paper by Propeller Aero said its integrated post-processing kinematic (PPK) solution offers gold-standard aerial surveys with just one ground point. The report showed the offering was trialed in two flights and concluded it had a simple workflow that delivered heightened positioning and imagery accuracy.

PPK historically is used to revise positioning data for accuracy. Propeller’s drone-based PPK solution can be used for aerial surveys, such as those that create a private coordinate grid at a mine.

To set up a private grid, a point in it must be accurately positioned in the public-domain grid, which is based on satellite system-based positioning data.

Propeller’s PPK solution includes the AeroPoint, which can be used as the needed ground control point. It is placed over a point accurately positioned in the public grid.

A drone is flown over the point to provide a “significantly higher quality position fix as compared to a network base station that could be miles away,” Propeller reported.

The data from the drone flight goes to the Propeller Platform. The PPK process is applied. The resulting model is stored and can be updated as needed.

Additional AeroPoints can be used as checkpoints to test the accuracy of the model.

For the trial, Propeller sought to test the claim that the solution “reliably provides photogrammatic models accurate to 3 cm from independent checkpoints across a given survey.”

In the trial, a site that had been previously surveyed and geotagged was surveyed using the Propeller PPK solution.

First, an AeroPoint was set in a position that was then located on the public grid. Additional AeroPoints were scattered around the site, including some that were placed outside the planned flightpath.

The drone was flown over the site twice. It used five batteries and 90 minutes. It made 15 unique AeroPoint captures. The drone’s SD card data were loaded to the Propeller Platform.

The platform interface walked the user through the steps of the AeroPoint survey, the PPK process was applied, and the resulting images and data were uploaded.

The data from the flights were processed using the known-point method. “This is where a single AeroPoint is placed on a marked position with known coordinates and that acts as a base station for the other AeroPoints,” Propeller reported.

The data from the first flight proved to give centimeter-level accuracy. Right-to-left distortion, or variance from the geotagged position, was no more than 1.2 cm, while the “height was 2.1 cm, both qualities well below the survey grade.”

Image quality was also assessed. The distortion was “at about 3 cm, with the average of absolute error values going below that at less than 2 cm,” Propeller reported. “These values are the best on the market and the ideal for survey-grade accuracy.”

The data from the second flight produced similar numbers.

“All AeroPoints again reported internally consistent numbers as processed using the known-point method, with no individual point getting less than 1 cm accuracy, and most falling well better than that value in the height dimension,” Propeller reported. The image quality was the same as that of the first flight. “These values are the gold standard for survey accuracy,” Propeller reported.

The simple workflow of the PPK solution is unique to the current market, the supplier reported. “The Phantom and AeroPoints also solve the issue of working in private site coordinates because they have the ability to capture the data accurately and transform between coordinate systems easily by placing an AeroPoint on a local known point.”

Onboard Weighing System for Excavators