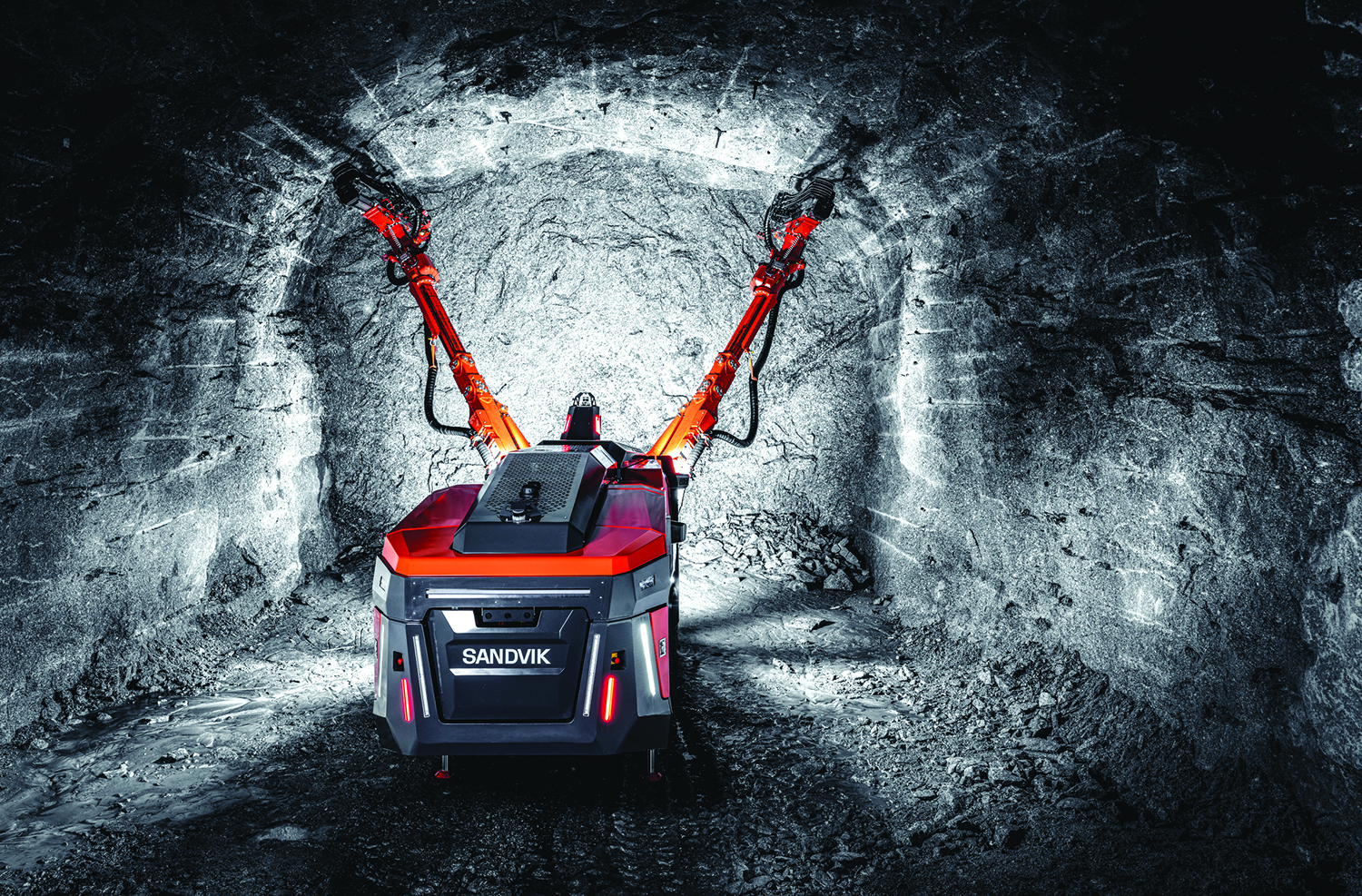 At a customer event at its test mine in Tampere, Finland, Sandvik introduced the AutoMine Concept Underground Drill, a fully autonomous, twin-boom development drill rig capable of tramming, leveling and drilling without human interaction. Named Amelia, the rig has no cabin. Without an operator, it can plan and execute the entire drilling cycle and return home to charge for the next cycle. E&MJ was on-hand as Sandvik introduced Amelia to customers at the underground test mine.

“The drill only needs to know which tunnel and face it should tram to and can plan the rest of its mission autonomously, using data from the preferred mine-planning software,” Sandvik said.

“Tunnel lines and profiles are planned and defined into drilling and blasting patterns in iSURE that ensure optimal hole placement, detonation and profile quality,” the supplier said. “The drill also has access to 3D models of a site, which are automatically merged from survey and mapping results.”

Amelia can update and optimize the 3D model of the mine in real time based on input from its cameras and scanners, the supplier said. The unit “learns and adapts to the ever-changing environment in a development heading to safely complete entire missions from entry to exit,” Sandvik said. At the face, it automatically adjusts plans “to optimize the drilling pattern and drill the full round.”

When drilling, Amelia uses “an AI-guided automatic drill bit changer to identify when bits are worn and changes them automatically,” the supplier said. The unit has a lifter tube installer for face charging. Data is sent from the rig to iSURE or Deswik to optimize the next round. “The drill also uses Rock Pulse AI for continuous rock mass feedback to optimize drilling performance.”

Amelia also has onboard water and battery storage, eliminating the need for supply cables or water hoses. The rig uses and optimizes power and electricity based on need, making the onboard supply last longer, Sandvik reported.

The next-generation automation, advanced technologies, and new features will be introduced for current and future Sandvik offerings. The unit will be used as an in-house platform for testing and developing new technologies, the company said.