Chevron announced that its flagship heavy-duty diesel engine oil—Delo 400 LE SAE 15W-40—has been tested and is ready for 2010 engines.

Chevron said it began testing in 2002 on engines using DPF, SCR and DEF—technologies expected to be widely deployed to help reduce vehicle emissions starting in 2010—and since 2008 has been testing Delo 400 LE 15W-40 on Volvo’s 2010 engine technology. According to the company, Delo 400 LE 15W-40 showed exceptional performance in the areas of durability, reliability and reduced production of incombustible materials in the DPF. Even with 30,000–40,000-mile drain intervals, the use of Delo 400 LE 15W-40 resulted in excellent engine durability and low levels of wear, Chevron reports. Testing of Delo 400 LE 15W-40 showed that the oil’s reduced level of sulphated ash (vs. similar API CI-4 PLUS oils of the same grade) resulted in substantially less incombustibles in DPF. Lower ash levels in the DPF should result in less cleaning maintenance and potentially better fuel economy due to the lower back pressure on the exhaust. Delo 300 LE 15W-40 meets API Service Categories CJ-4, CI-4 PLUS, CI-4, CH-4, CG-4, CF, SM; ACEA European Service Categories E9/E7; and engine test performance requirements from Caterpillar, Cummins, DDC Mack, MAN 3275, Mercedes Benz, MTU, Renault and Volvo.
www.chevron.com 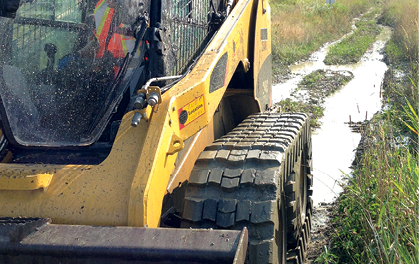 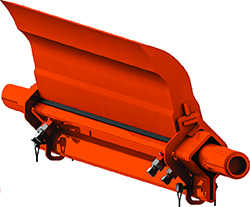