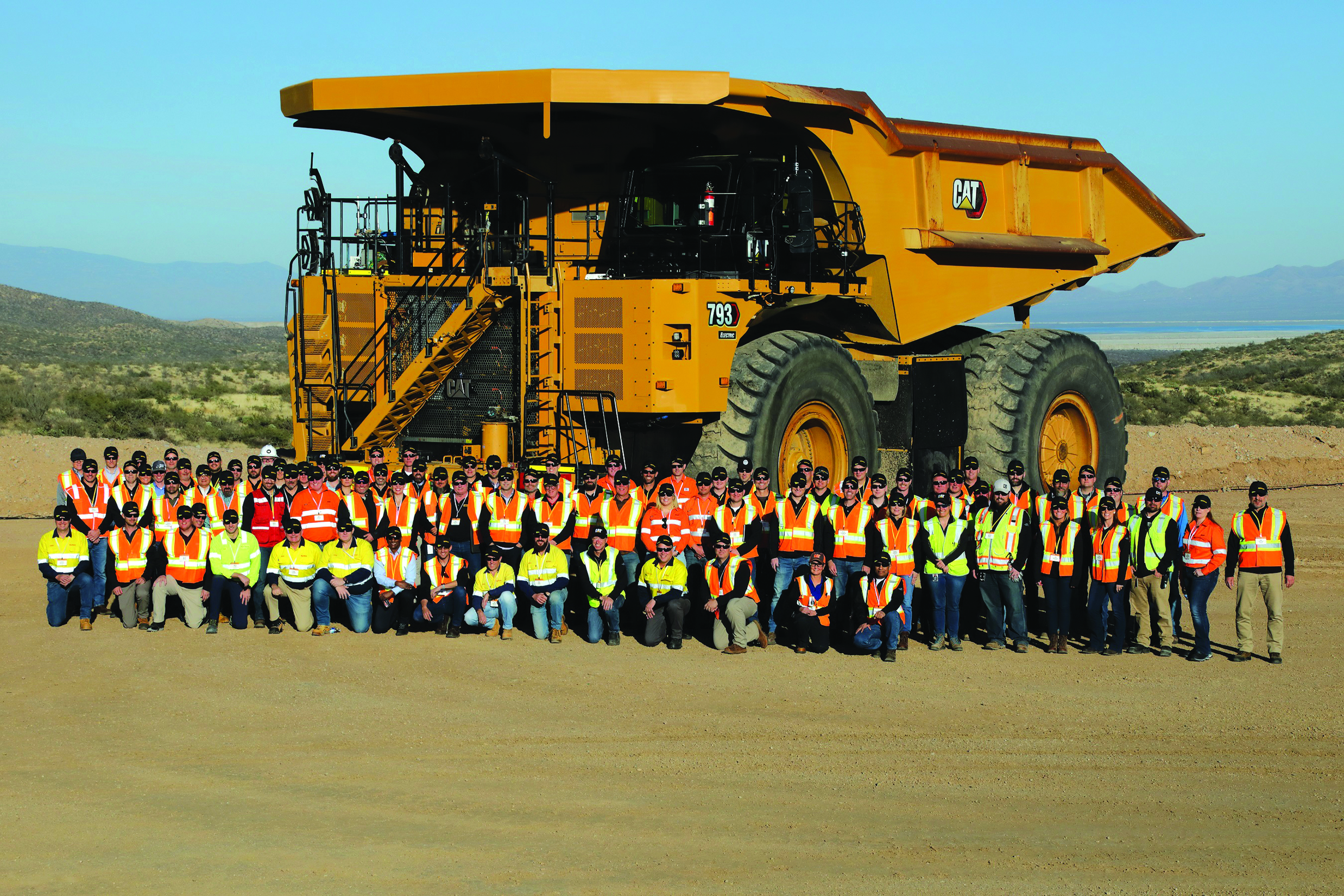 Caterpillar showcased its first battery-powered 793 at its proving grounds in Arizona. The truck reached a top speed of 60 km/h, and a top speed on a 10% incline of 12 km/h.

During the event, the supplier monitored more than 1,100 data channels, gathering 110,000 data points per second, to validate simulation and engineering modeling capabilities. The truck traveled along a 7-km course. Among the performance metrics reported was a 1-km run on a 10% downhill grade, which allowed the capture and regeneration of energy to the battery. Upon completing the entire run, the truck still had enough battery power left to perform additional complete cycles, Cat reported.

Acting upon those agreements, Caterpillar said it plans to install more sustainable energy generation solutions beyond the new solar panel array at the Tucson site. The proving grounds will have green hydrogen production, natural gas and 100% hydrogen reciprocating engine power generation, fuel cell power generation, and expanded energy storage systems. It will be able to generate power from wind, solar and hydrogen.