The company’s annual production is 7 million metric tons (mt) to 8 million mt of metallurgical coal and 3 million mt to 4 million mt of thermal coal. In 2019, Blackhawk Mining had $1 billion revenues and $120 million EBITDA.

“This is a significant step for Sev.en Energy as the group ventures fully into the metallurgical coal mining industry,” Executive Director of Sev.en Energy Alan Svoboda said. “Blackhawk is a great company with highly productive Tier-1 assets and large coal reserves. We look forward to working with Blackhawk, its management and employees to secure the long-term success of the company and establish a platform for further growth in the region.”

Blackhawk CEO Jesse Parrish said, “With the support of Sev.en Energy, Blackhawk is well-positioned to navigate the current market environment and pursue synergistic growth opportunities in the sector.”

He added that Blackhawk looks forward to integrating into Seve.en Energy’s portfolio. Sev.en Energy currently owns coal mining and power generation assets in the Czech Republic, in the United Kingdom and in Australia. In the Czech Republic, it is the largest privately held operator of coal mines and conventional power plants with more than 3,500 employees.

Sev.en Energy’s first venture in the metallurgical coal industry was its acquisition of a 17% ownership interest in Corsa Coal in May 2020. 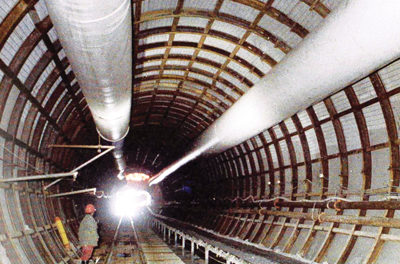