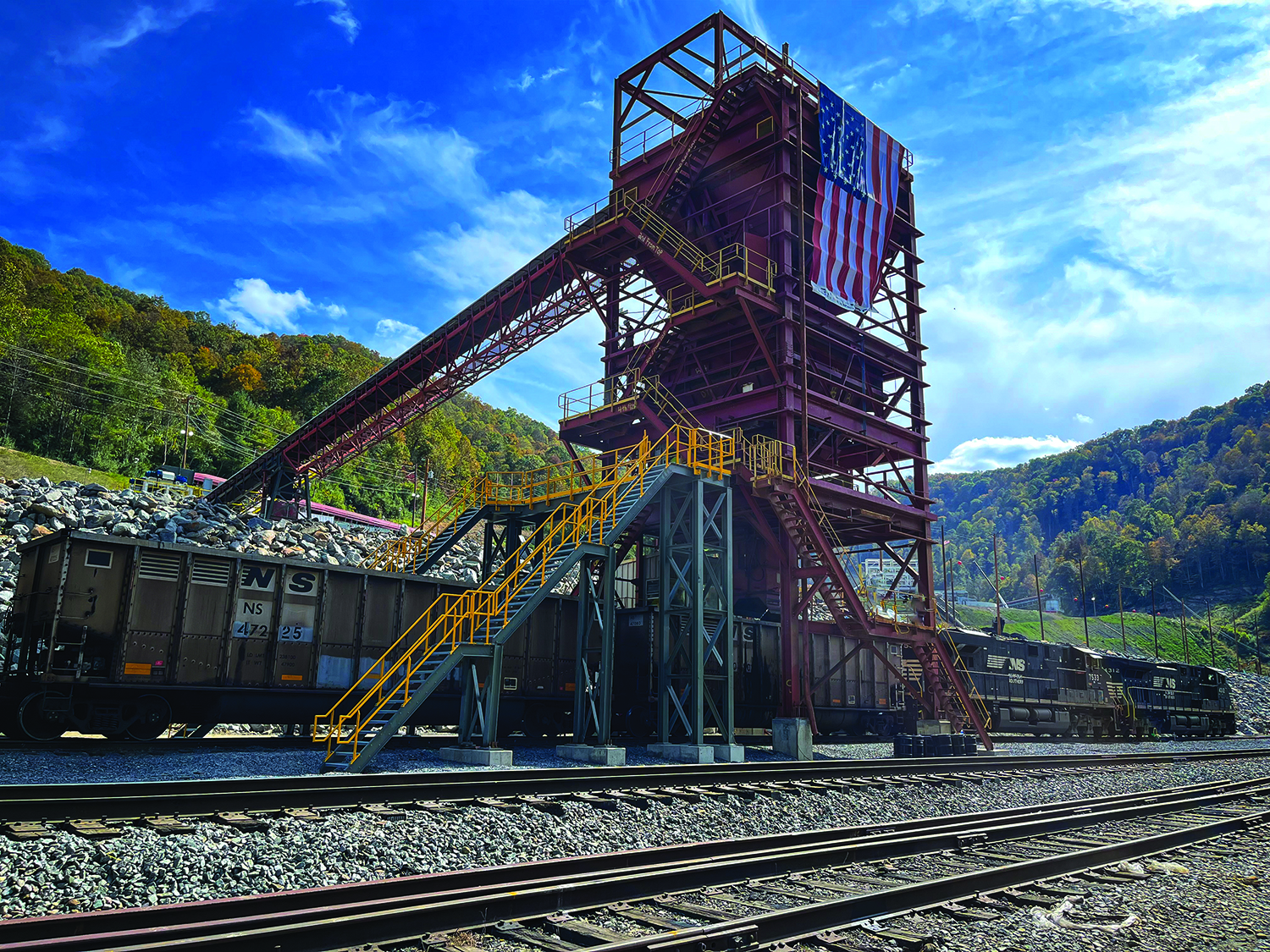 The Itmann mine loads its first railcar on October 12, 2022. (Photo: CONSOL Energy)

CONSOL Energy Inc. announced that it commissioned the Itmann coal preparation plant in late September, with the ﬁrst train of Itmann coal loaded and shipped on October 12, 2022. When fully operational, the Itmann No. 5 mine is projected to produce approximately 900,000 tons per year of premium, low-vol metallurgical coking coal and is expected to serve both the domestic and international steel markets. The prep plant has a processing capacity of approximately double the output of the Itmann mine, which provides additional upside for third-party processing and blending.

CONSOL said it is very excited about reaching this major milestone in the project as the Itmann product diversiﬁes its revenue and product mix and opens new market opportunities around the world. The project is also a major development for the state of West Virginia. “We have invested approximately $100 million in the development of the mine, preparation plant, and surrounding infrastructure. We also have given a boost to the economy of southern West Virginia, creating approximately 175 long-term and high-paying jobs, supporting many businesses in the surrounding area and providing numerous charitable contributions to the local communities through our CONSOL Cares Foundation,” said Jimmy Brock, president and CEO, CONSOL Energy. “I’d like to thank our hard-working Itmann team, who enabled us to bring this project to fruition with an aggressive schedule in a challenging supply chain and labor environment, and who we expect will be the backbone of our success at Itmann going forward. We also thank the state of West Virginia for its cooperation and support of this project, and our transportation partner, Norfolk Southern, for its additional investment in the area and support of the Itmann project and surrounding communities. We look forward to continuing these relationships for decades to come.”

As anticipated, the preparation plant commenced operation in Q3 2022, but due to equipment delays and supply chain bottlenecks, the third and final continuous miner section is now expected to ramp up in Q4 2022. Brock said he expects the mine to achieve full run-rate production during Q4 and be prepared for full-capacity operation throughout 2023.