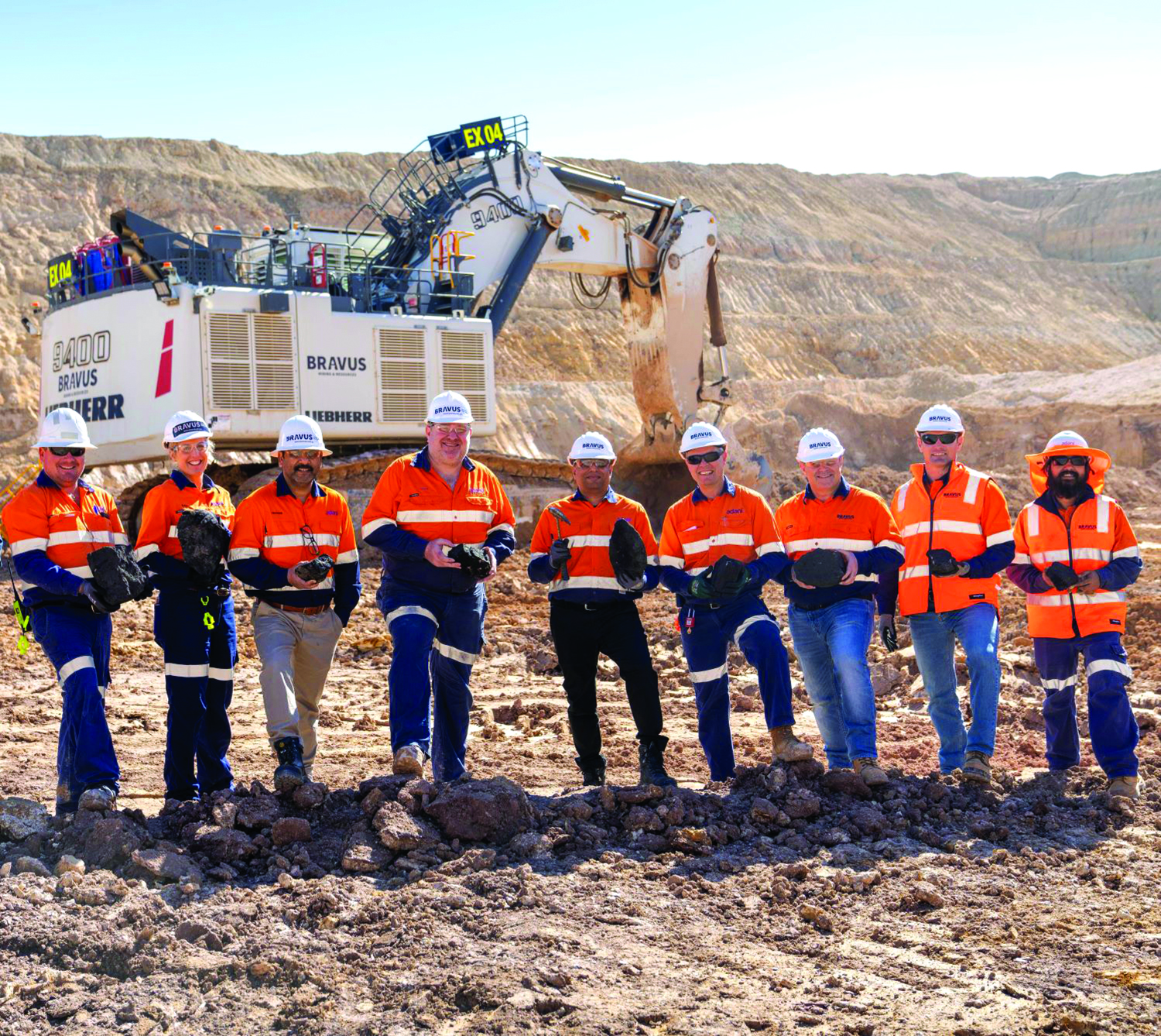 CEO David Boshoff said it was an exciting day for the more than 2,600 people involved in the Carmichael Project — a day that has been in the making for more than a decade.

“Throughout the last two years of construction and during the many years when we fought to secure our approvals, our people have put their hearts and souls into this project,” he said. “It is wonderful that we have now struck coal.”

Almost two years ago, the company received final approvals to develop the Carmichael mine and rail project and now it has reached the first coal seams.

Boshoff said Bravus was on track to export first coal in 2021. India will be a foundation customer for the Carmichael mine, according to the company. Bravus has already secured the market for the 10 million metric tons per year (mtpy) of coal produced at the Carmichael mine.

“The coal will be sold at index pricing and we will not be engaging in transfer pricing practices, which means that all of our taxes and royalties will be paid here in Australia,” he said. “India gets the energy they need and Australia gets the jobs and economic benefits in the process.”