Panoramic view of a portion of the vendor exhibits at this year’s Hillhead quarry show.
Although the event is focused on the quarry sector, many products on display offer features and
capabilities of interest to the hard rock mining industry.

As in previous years, Sandvik Construction took the opportunity afforded by the biennial Hillhead quarry show in the U.K. to unveil several new products. And while some were targeted exclusively at the aggregates market, others have potential for mining and mineral processing as well.

According to the organizers, U.K.-based QMJ Publishing, this year’s show attracted more than 17,500 visitors over three days, with some 450 companies exhibiting. Sandvik Construction complemented its stand with live demonstrations of some of its mobile crushing and screening machines, allowing visitors to see them in action as well as to examine them at close quarters.

New products on show included a hanging screen that has been purpose-designed to fit on Sandvik’s QH range of cone crushers. Measuring 4 × 1.5 m (13 × 5 ft), this allows the machine to produce a screened product and to recirculate oversize back to the feed conveyor, the company explained.

In addition, Sandvik had its recently launched QS331 cone crusher on display. This uses an S-type gyratory cone crusher, which, the company said, has proven itself in stationary applications for more than 30 years, but has now been incorporated into a self-contained, diesel-driven, track-mounted machine. The S-type crusher can accept large feed sizes and offers customers high throughput and product quality, Sandvik added.

Having relaunched its Rammer brand at Hillhead in 2012 (E&MJ, August 2012, p. 118), Sandvik used this year’s show to demonstrate the Rammer 5011-a new model in its “large” range of hydraulic hammers that are designed for use in mining, quarrying and demolition. The company said the new hammer uses the same operating principle first seen on the smaller 3288 and 4099 models, giving a better power-to-weight ratio.

Weighing 4,750 kg (10,470 lb), the 5011 is suitable for carriers in the 43- to 80-metric-ton (mt) operating-weight class. Controls allow the operator to purpose-match the hammer to individual applications and materials, with a long-stroke setting using a lower blow frequency for working in hard materials such as granite, and a short-stroke setting for use where the machine is breaking softer materials such as limestone.

Other recent introductions from Sandvik have included the CH540 and CH550 cone crushers, which can be configured for either secondary or tertiary applications. “In order to optimize their business, our customers require as few, and as short maintenance interruptions as possible,” said Martin Johansson, cone-crusher product line manager. “This is now achieved by the CH500 series, which gives them a versatile cone crusher that combines a small carbon footprint with high performance.”

Specific features include a control system that enables the crusher to run at maximum performance levels, automatically adjusting to variations in feed conditions, pressure peaks and wear. There is also a dump valve that ensures quick, safe relief if something uncrushable gets into the crusher, which uses Sandvik’s hydro-cone technology.

Finally, the company launched its Optiagg crushing-chamber upgrade package, which it described as being a new way to secure more profitable cone-crusher output with minimal investment. The Optiagg package includes computer modeling and analysis, in addition to a redesigned mantle, a concave ring and all other required spare parts.

As well as a complete redesign of the mantle to deliver greater efficiency, the real benefits are found in the computer modeling and analysis, as they provide a scientific approach that secures more of the most valuable fractions without costly trial and error, Sandvik explained. Optiagg takes the guesswork out of optimizing crusher performance as there is a step-by-step process that includes analysis of the current conditions, and modeling to identify the optimal configuration and setup, as well as the validation of the outcome. This allows the operator to fine-tune the chamber setup to meet the required output and the specific demands of the application.

Jesper Persson, Sandvik Construction’s vice president for crusher spare and wear parts, said, “Optiagg is not just a new product-it’s a completely new approach. Customers who tested Optiagg were amazed when they calculated their potential annual gains. If you have a Sandvik cone crusher, it’s truly a no-brainer.” 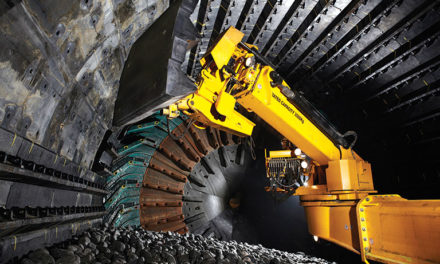 Jacobs is Selected for Prefeasibility Study in Peru