Dassault Systèmes in late April announced an agreement to acquire geological modeling and simulation company Gemcom Software International for approximately US$360 million in a cash-only transaction. Privately-held Gemcom is headquartered in Vancouver and employs about 360 people. It has offices in Australia, Africa, Canada, South America, Kazakhstan, Mongolia, Indonesia and Russia.

Dassault Systèmes, created as a spinoff from parent company Dassault Aviation in 1981 as a venture to further capitalize on the aerospace company’s CAD/CAM expertise, is a public company based in Vélizy-Villacoublay, France, has a workforce of approximately 10,000 and reported 2011 revenue totaling $2.5 billion.

A New Brand
“With the acquisition of Gemcom, coupled with our 3D Experience platform capabilities, our objective is to model and simulate our planet, improving predictability, efficiency, safety and sustainability within the natural resources industry and beyond,” said Bernard Charlès, president and CEO, Dassault Systèmes. “To support this ambitious goal, we have created a new brand, GEOVIA.”

Rick Moignard, president and CEO of Gemcom, will become CEO of the GEOVIA group after completion of the Gemcom acquisition. ”This acquisition will clearly benefit Gemcom’s customer base, bringing global support and enterprise collaboration. Advanced technologies in 3-D modeling and simulation will not only enable engineers and geologists to model and visualize resources but also improve sustainable mine productivity,” he said.

In a telephone interview, Moignard told E&MJ that all of Gemcom’s current products would continue to receive full support and would also retain their product names for the foreseeable future, clustered under the GEOVIA brand umbrella. Mining applications will remain the company’s primary focus, but it is likely that the brand will expand to include products adapted or developed for other resource-related industries such as water management, forestry or similar applications.

Branching Out
The acquisition was, in large part, driven by Dassault Systèmes’ intended strategy of adapting and transferring its advanced aerospace and automotive analysis, simulation, modeling and visualization technology to other markets. Dassault, said Moignard, recognized an opportunity to enhance Gemcom’s product portfolio through integration with its own leading-edge technology.

“Dassault Systèmes started out as an engineering company, and they’ve maintained a philosophy that ‘it’s all about the end user,’” said Moignard. “They understand the importance of making any product intuitive and easy to use. And from their experience in other industries, they have developed technology that can manage huge datasets in real time to improve enterprise productivity.”

According to Moignard, the mining industry has lagged other resource industries such as oil and gas by as much as 15 years in utilizing the technologies that Dassault Systèmes specializes in—but that’s changing rapidly. Persistent shortages of technical and skilled-labor personnel, coupled with the industry’s need to develop mines in increasingly remote locations, is putting pressure on producers to find ways to maximize the effectiveness of their finite corporate resources. As a result, the associated mining software market is experiencing strong growth, with third-party analysts estimating a double-digit trend for the future.

Counting on Collaboration
Technology from Dassault Systèmes, integrated with Gemcom’s products, will enable companies to collaborate more productively with their widespread personnel and work sites, explained Moignard; and conversely, improved real-time collaborative capabilities could allow fewer workers to be stationed on-site for extended periods of time, fewer fly-in/fly-out assignments would be needed, and more employees would be able to work effectively in comfortable environments.

Although the technology sounds—and is—extremely sophisticated, he noted, it doesn’t exclude all but major producers from benefiting from it. “Our products are used by the top 10 majors, but we also have enterprise agreements with perhaps 30 of the 40 or so mid-tier producers as well. Our engagement models may vary from group to group, but the overall intent is to provide technology that works across the spectrum” of company resources and requirements, said Moignard.

The acquisition is subject to normal closing conditions, including regulatory approvals. It is expected to be completed in July 2012. 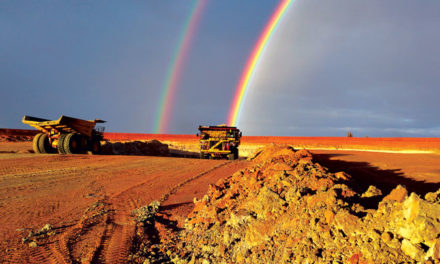 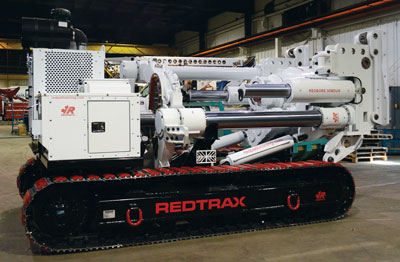