Rio Tinto Iron Ore’s Further Fines Processing Plant (FFPP) in the Australian Pilbara region processes about 22 million mt/y of iron ore, reducing impurities and increasing iron ore concentration. However, trials at the plant had identified a range of issues which were compromising the original design throughput, such as unresolved problems involving the inability to control the pressure in the slurry process. Rio Tinto commissioned numerous optimization works in order to reinstate plant throughput to original design levels while ensuring that the quality of the final product met or exceeded customer specifications. As part of the upgrade effort, a decision was made to implement a robust control solution and to give plant operations greater visibility. After an exhaustive evaluation process, Rio Tinto Iron Ore opted for a Siemens Simatic PCS 7 process automation solution with drives connected via Profibus DP and redundant Profibus PA for instrument communication.

Perth-based engineering project management firm Calibre Projects was able to complete the project in time and within the agreed budget frame. Ed Tsang, senior electrical engineer for Rio Tinto Iron Ore said: “By implementing advanced control methodologies, our goals have all been exceeded with significant financial returns as well as improvements in production quality and quantity, with the added bonus of reduced maintenance.”

As for the future, Tsang sees further opportunities for a totally integrated automation solution with Profibus. “Our solution, which incorporated Simatic PCS 7, Sinamics drives and Sipart valve positioners on Profibus, would be particularly useful for a new mine or processing plant where there are a large number of tightly controlled process loops.”

ABB to Provide Technical Services for Deliverables at Sierra Gorda 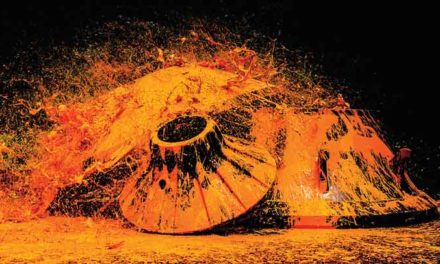