Deilmann-Haniel Mining Systems GmbH (DHMS) has delivered three roadheaders to a new coal mine in Turkey this year, including a DH R60T and two DH R75Ts. The machines were purchased by Hema Enerji Inc., an affiliate of Hattat Holding Enerji Group, which is building the Amasra hard coal project, a new three-shaft mine located on the Black Sea coast in northern Turkey. Reaching a depth of approximately 700 m, the mine will extract high-quality hard coal, most of which will be delivered to a power plant. Reportedly the largest new hard coal mining project in Europe, the mine has a reported reserve of 573 million tons. 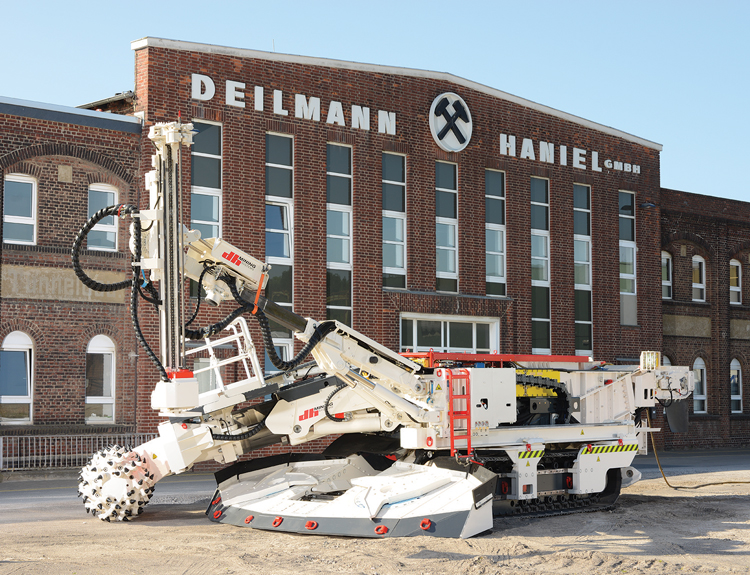 Pictured outside the DHMS factory is one of three roadheaders purchased by a Turkish coal producer to conduct underground development in tough rock conditions.

Due to the mine’s challenging development conditions, including rock strengths (UCS) up to 120 MPa, heavy, powerful, low-height roadheading machines were needed. Main features of the delivered roadheaders include:

Low machine height allows the same equipment to be used to drive both low- and high-profile roadways such as main gates and tail gates, as well as arch-section and rectangular headings and coal face development headings with low roof heights.

The roadheaders’ wide-base chassis and the resulting low floor pressure facilitate maneuvering on soft roadway floors. The telescopic cutting boom also allows the cutting head to sump into the heading face, thereby reducing wear and tear on the machine chassis and helping to protect the roadway floor.

The integrated drilling and bolting system enables consistently quick and accurate hole positioning. As well as conventional bolting positions in arch-section and rectangular roadways, the drill feed can also move to any conceivable drilling angle in the drivage direction, as may be required for exploration and reinforcement work or additional blasting. According to the company, the high-performance hydraulic rotary drills from the DH DR series or DH DP15 drifters ensure short drilling and bolting cycles no matter what bolting method, bolt length or bolt design is applied.

The delivery package for each of the roadheaders included a customized bridge belt conveyor system and a de-dusting unit. The machines were accompanied by DHMS technicians during the first four months of operation to provide training for the mine staff and to support roadheading operations. 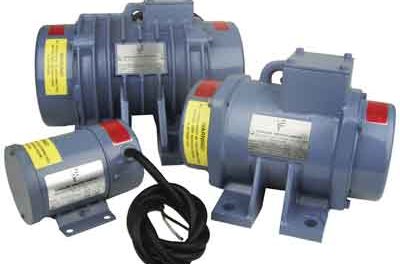 CVC to Distribute Uras Vibratory Motor Line in US