Overhead Crane is Installed in Underground Gypsum Mine 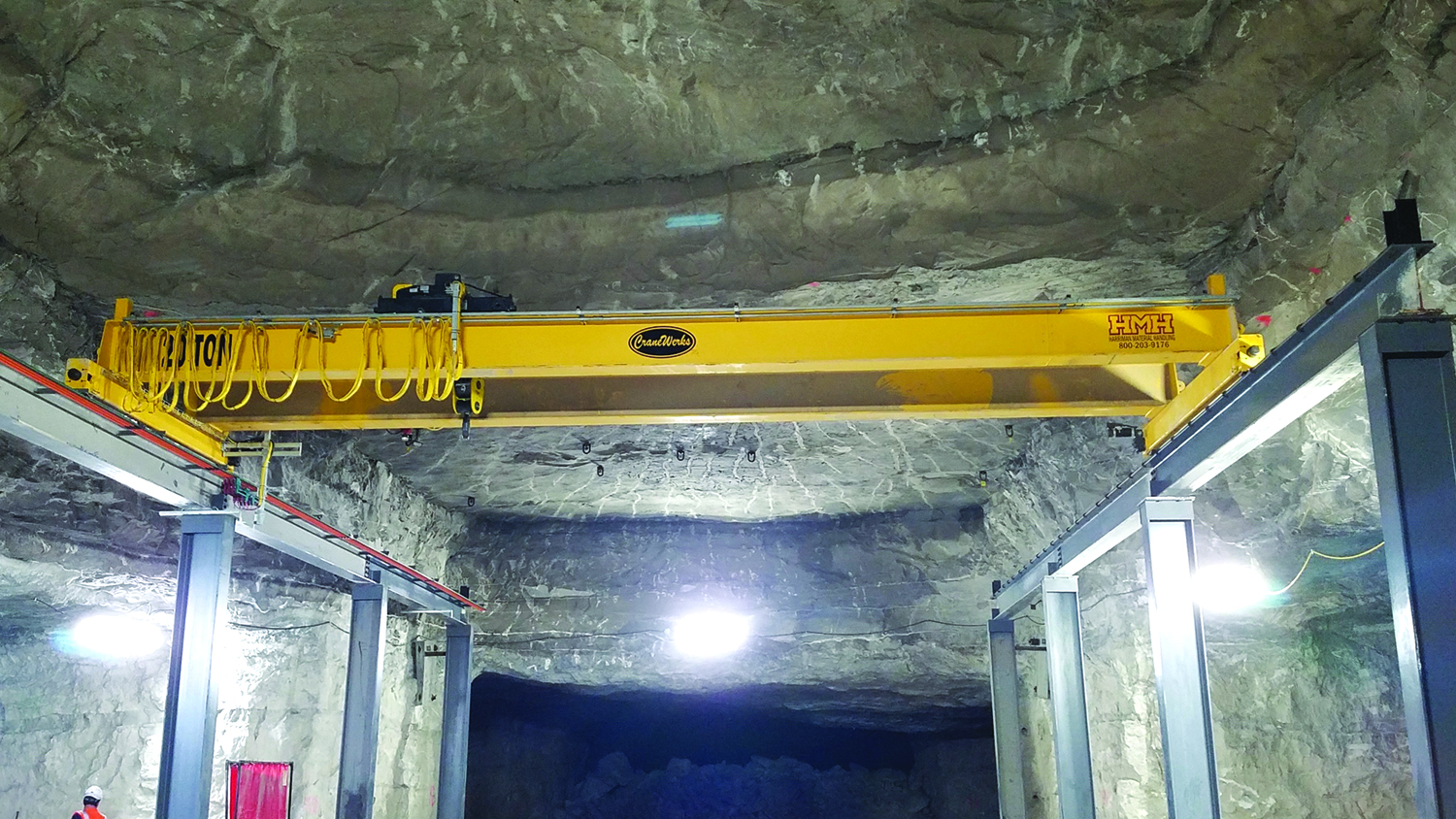 The crane and hoist were supplied by R&M Materials Handling Inc., and were sold by Harriman Material Handling.

CraneWerks designed a two-piece 11-m bridge that was welded together in the south end of the mine. The crane operates on a 62-ft runway.

The crane lifts equipment and components for assembly and maintenance.

USG reported the crane fulfills expectations. “We needed a crane capable of moving large pieces around for assembly of equipment in the mine, and the results suggest we found a solution,” USG said. “We could have acquired a few telehandlers that had the necessary weight capacities, but the electric overhead traveling crane was the preferred option.”