When it comes to diesel technology, nothings stands still for long. Engine manufacturers have been busy for most of the past decade, for example, planning, designing and testing new engine platforms and systems capable of meeting ever-tighter regulatory standards for lower emissions as well as customer demands for higher reliability, economy and power.

The pace has been a bit slower lately for diesel engine lubrication oils, however. The current performance category for heavy-duty diesel engine oils, known as CJ-4, went commercial more than five years ago. Over that period, diesel technology has continued to evolve, driven by design improvements that include increases in engine power density, combustion pressures, fuel injection pressures, oil temperatures, and expanded use of wear-resistant materials in engine components, to name just a few.

The last seven heavy-duty oil categories to be developed—API CE, CF-4, CH-4, CL-4, CL-4 Plus and CJ-4—were developed about three years apart starting in the late 1980s, a pace that serves to highlight the lag between introduction of CJ-4 and the likelihood that when a new heavy-duty oil category is finally brought to commercial status in the future, CJ-4 will probably have been in effect for at least a decade.

Citing concerns about the changes in engine technology, the age of the current category—certain engine tests for CJ-4 oils are becoming obsolete, for example—and the ability of CJ-4 oils to protect late-model engines, the Engine Manufacturers Association in June 2011 sent a formal request to the American Petroleum Institute (API) for development of a new performance category for HD oils, and API subsequently gave the green light to the project, which calls for the new category (PC-11) to be ready for commercial release in January 2016.

In February, Shell Lubricants invited a group of trade-press editors to a briefing held in Park City, Utah, USA, to explain some of the major issues related to development of the new oil category. Although many performance characteristics will be carried over from CJ-4, the principal objectives of PC-11, according to Shell experts, are to provide higher performance in several areas, including:

However, any new oil category also must be capable of meeting other demands, such as better overall fuel economy and decreased greenhouse gas (GHG) emissions—both of which generally require lower-viscosity oils. And, PC-11 oils also must be backward-compatible with CJ-4 performance standards, which were designed to apply to engines meeting emissions-compliance standards in effect from 2007.

Shell believes that it’s entirely possible for lower-viscosity oils to provide adequate engine protection. It cites tests of its Rotella T5 10W-30 oil versus CJ-4 15W-40 oils that have shown equal or better engine wear protection results from the lighter oil over the heavier product.

Even so, oil suppliers and engine builders are concerned that a single PC-11 product may not have the ability to provide satisfactory protection over the wide range of engine applications it will encounter. Thus it’s likely, explained Arcy, that the new category will be split into two subcategories: one that preserves historical heavy-duty oil criteria and one that provides fuel efficiency benefits while maintaining durability. This will require engine-oil suppliers to develop two separate product lines to meet category performance specifications.

At this time, noted Arcy, the actual performance targets are still not entirely clear and defined, and that it will be a “definite challenge” to have these targets defined and validated in time to meet the PC-11 release timetable. Work on defining the new category began in December 2011, conducted by a development team comprising three representatives each from API, EMA and the Truck Manufacturers Association (TMA) and the American Chemistry Council (ACC). 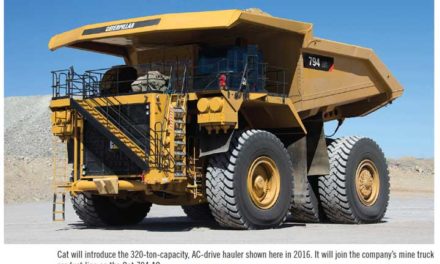