Sumitomo Metal Mining (SMM) reported in mid-August that nickel and cobalt from secondary batteries such as used lithium-ion batteries (LIBs) can be reused as a raw material for cathode material of LIBs through recovery and purification.

SMM said it has been engaged for several years in the practical implementation of horizontal recycling of metal as battery materials. These recycled metals include used secondary batteries and scrap from manufacturing processes. In 2017, existing smelting and refining processes at the company’s Toyo smelter and refinery and Niihama nickel refinery were used for copper and nickel recycling and SMM was able to realize Japan’s first “battery to battery” recycling with used secondary batteries. In 2019, through a combination of pyrometallurgical smelting and hydrometallurgical refining processes independent of existing processes, SMM developed a new recycling process for the difficult-to-recover cobalt and has been testing it at a pilot plant at Niihama.

SMM said it has optimized processes at the pilot plant to successfully recover a high-purity nickel-cobalt mixture by separating out the impurities in used secondary batteries. Moreover, said SMM, it produced and evaluated LIB cathode material made from the nickel-cobalt mixture and was able to verify that the performance of batteries with that material was equivalent to that of batteries manufactured using existing raw materials derived from natural resources. Additionally, SMM said it was successful in producing a soluble slag that enables lithium recovery by pyrometallurgical smelting processes, which has previously been difficult. Through integration of this original technology into its processes, the company claims to have established a new recycling process that is able to recycle copper, nickel, cobalt and lithium from used secondary batteries.

In July, Norilsk Nickel (Nornickel) announced it produced its first batch of certified carbon-neutral nickel. The company said it has been implementing a strategy focused on upgrading its energy assets since 2018. This includes replacement of hydro and thermal power station units feeding the Norilsk Industrial District, modernization and repair of energy equipment, installation of automated control and metering systems, reduction of heat loss in buildings and pipelines, equipment optimization, and decommissioning obsolete power units.

In 2020, the company announced a comprehensive environmental and climate change strategy aimed at reducing its environmental footprint, keeping total Scope 1 and 2 greenhouse gas (GHG) emissions under the GHG Protocol below 10 million metric tons per year (mt/y), and maintaining its position in the bottom quartile of the global nickel industry for specific carbon dioxide emissions per unit of nickel product, according to Wood Mackenzie estimates.

These measures to reduce greenhouse gas emissions, said Nornickel, allowed the company to allocate thousands of tons of saved CO2 emissions to carbon-neutral nickel production. The first batch of carbon-neutral products was 5,000 mt of nickel cathodes produced by the company’s Kola Division. The metal was shipped from Murmansk and delivered to an LME-certified warehouse in Rotterdam.

According to the company, the volume of carbon-neutral shipments will increase as emissions are reduced and carbon savings are verified by an auditor. Nornickel plans to release up to 10,000 mt of carbon-neutral nickel this year.

The carbon-neutral nickel will be tokenized on Atomyze, a blockchain platform, and the tokens will be listed on the
Vienna Stock Exchange by Nornickel’s EU-based Global Palladium Fund.

The company said it will also tokenize an auditor’s certificate with verified CO2 emission reductions, allowing this information to be securely stored, allocated to new product launches and attached to smart contracts with investors and industrial customers. 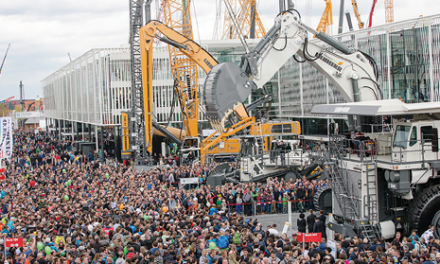