Hexagon Thanks Partners for Driving Power of One 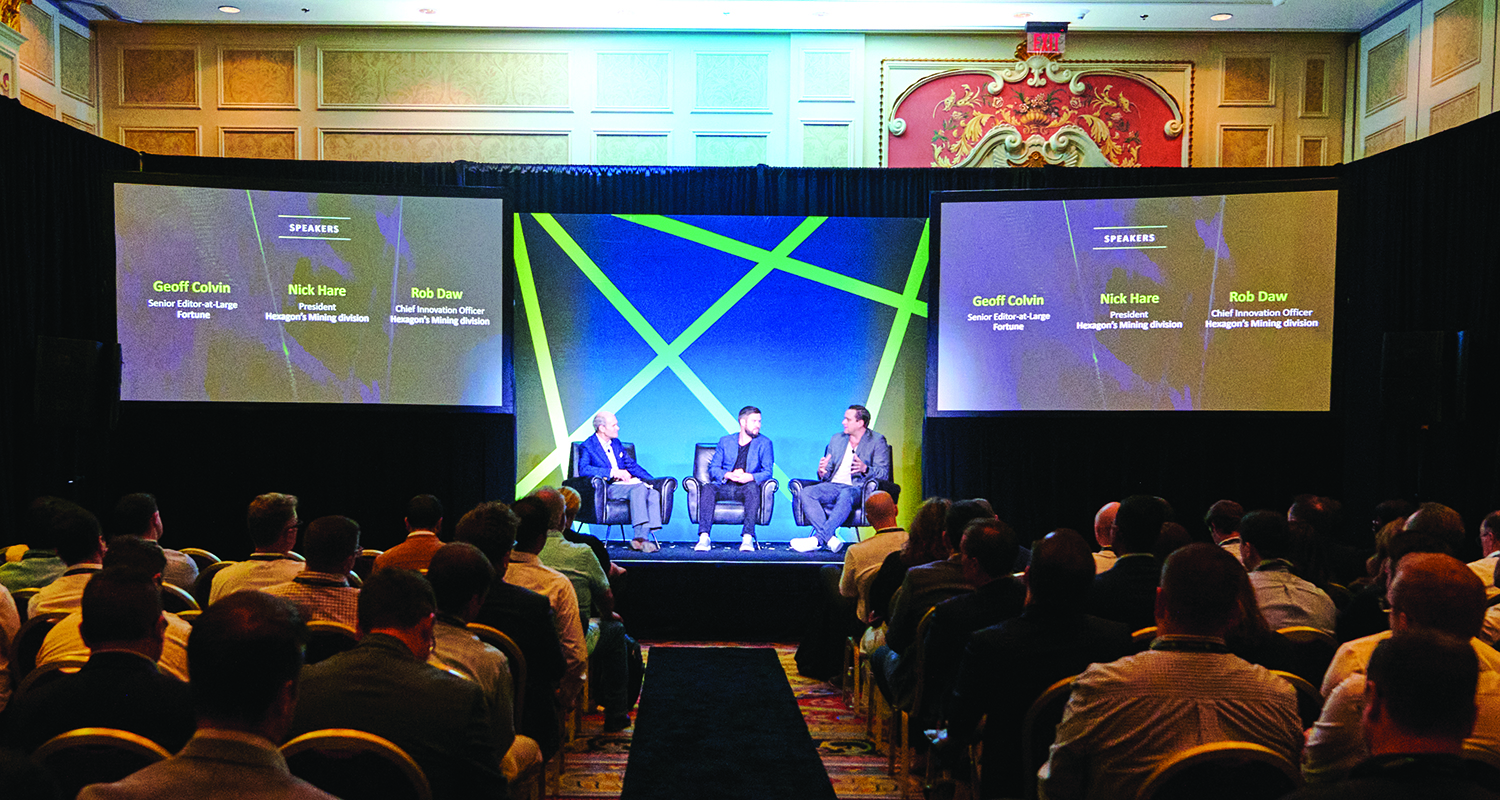 At HxGN LIVE Global 2022 in Las Vegas, Hexagon’s Mining division leadership thanked its partners who fueled its rapid growth since 2016, and said those partnerships drove the development of the new Power of One strategy. The strategy, first officially announced at MINExpo 2021, has the supplier developing holistic, OEM-agnostic, integrated analytics and automation solutions.

“A warm, heartfelt thank you,” said Nick Hare, president, Hexagon’s Mining division. “I never thought it would turn out like this,” he said. “I appreciate everyone.”

Hexagon’s Mining division was released publicly at MINExpo 2016 and first operated under the One Partner strategy. “For the life of your mine, we are going to provide all of your technology needs, such as software for autonomy,” Hare said. “In 2016, it was a vision, which is good when you have to have a place where you are trying to go,” he said. “Versus 2021, where now we actually have demonstrable proof of progress towards that.”

HxGN LIVE Global 2022, a convention at The Venetian Las Vegas, had a packed show floor and dozens of breakout sessions running simultaneously from June 20 to 23. It spanned the many divisions of Hexagon AB, headquartered in Stockholm Sweden. The convention drew more than 3,000 partners, predominately C-suite personnel. More than 5,000 attended over the internet.

The theme, What is in the Way Becomes the Way, speaking to the importance of embracing adversity and challenge as a catalyst for growth, unified the broad range of events offered.

Hexagon AB is in several sectors, including agriculture, manufacturing, and smart cities. Since 2000, it has acquired more than 170 companies.

“We’ve brought it all together, and that is resonating really well in the industry,” Daw said. “With the Power of One, we are going to make operations life easier.”

The antennae supports GPS, RF, WIFI, LTE, and Ultra-Wide Band Time-of-Flight technology. The small display is improved over predecessor screens in ease of installation and use to help the operator make better decisions.

CAS 10 encapsulates the Power of One, Daw said. It has “one antennae, one computer, and one screen,” he said.

“They can run our fatigue or operator alert system, our fleet management system, and our collision avoidance system all with those three key pieces of technology,” Daw said. “We can run other sensors where needed, and having that core capability that can run multiple solutions makes it easier for operators to use our systems, which means they are safer and can be more productive.”

The Power of One strategy is also a response to feedback from partners.

“The voice of the customer is a key input into our road maps into where we take our technology and our solutions because it is not us simply selling a product and then exiting,” Daw said. “We always partner with them about adding more value within that business.”

Hexagon’s Mining division is “one small piece to enable a company to innovate,” he said. “We identify what those outcomes are that they are trying to achieve, and then how we can deliver on that,” Daw said. “It doesn’t have to be an all-in-one answer. It can be over time. But that is ultimately our partnership approach.”