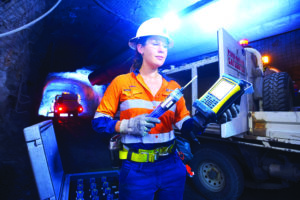 The supplier will deliver the full suite of explosives technology and blasting services, including WebGen, BlastIQ and Bulkmaster 7.

The contract expands Orica’s longstanding relationship with Glencore, Orica said. “This deal shows Glencore’s confidence in our technology roadmap as well as aligning with their strategic vision for technology to deliver added value to their operations,” said Alberto Calderon, chief executive, Orica.

Glencore’s Australian copper and zinc operations are McArthur River mine, Lady Loretta mine, Mount Isa mines, Ernest Henry mine and CSA mine.