The electricity will power the mine, which operates independent of the local grid and requires a 60-Hz power supply. The miner needs the electricity to launch underground operations, PT Freeport Indonesia said.

“For this it is critical that we have a reliable and efficient energy supply, and the Wärtsilä generating sets will deliver the power we need,” PT Freeport Indonesia Executive Vice President George Baninni said.

Wärtsilä has power plants in the region, and the supplier’s presence in Indonesia helped it win the contract, the company reported. Nonetheless, “the competitive total lifecycle cost of the Wärtsilä solution was ultimately the deciding factor,” said Kari Punnonen, energy business director, Australasia, Wärtsilä.

The Wärtsilä 34DF engines can operate on a variety of fuels. Initially, the engines will run on Indonesian B30 biodiesel.

The Wärtsilä equipment is scheduled for delivery between July and November 2021. The first seven engines are expected to be officially handed over in March 2022, with the remaining seven to be handed over in July 2022. 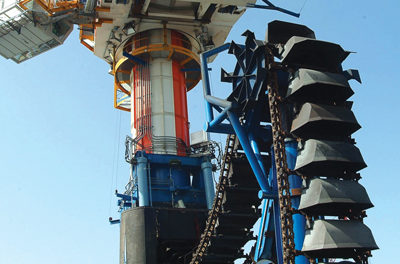