Aggreko, a major global supplier of temporary power and temperature control solutions, said it is witnessing exponential growth in demand for rental power within the African minerals sector as mining companies increasingly opt for rental solutions to back up or supplement supplies from the local grid, or to act as primary power for projects located off the grid.

Aggreko provides power supplies to mining projects throughout the world, through the supply of full life cycle project power from initial project construction and development, to full production and project ramp-down. According to the company, in situations when existing power supplies go offline due to equipment breakdown or maintenance or when grid capacity falls short, it provides rapid response, emergency power to keep mines operational.

Aggreko recently supplied a 350-kVA power package to the Kwale mineral sands mine in southeast Kenya operated by Base Resources, an Australian titanium producer. Brought in to supplement local grid supplies, the system was used to power the silt dam pumps, a process vital to the ongoing operation of the facility. This was the second time in which Aggreko provided power to Kwale. During construction of the project, a 200-kVA system was on site for six months to power project offices and lighting throughout the mine.

“As mining continues its rapid expansion throughout the continent, the renting of critical power supplies is becoming increasingly prevalent,” said David Edwards, general manager, Aggreko East Africa. “With eight service centers in Africa, supported by regional operations in Dubai and Paris, Aggreko provides an unparalleled level of service to the African mining sector.”

Aggreko said it has been engaged in the continual expansion of its local presence throughout the continent with service centers located in Johannesburg, Port Elizabeth, Cape Town, Durban, Walvis Bay, Luanda, Nairobi and Lagos. 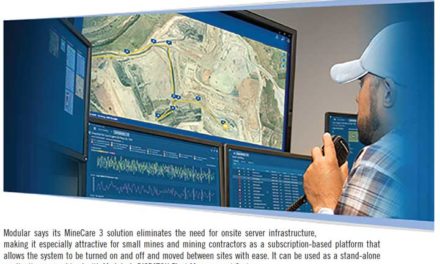