The principles of two-mass theory and design were implemented into General Kinematics’ vibratory equipment with advances in development of Paramount II two-mass feeders in the 1960s and ‘70s. Through the ‘80s and into the early ‘90s, Illinois, USA-based General Kinematics was asked to supply several specialized two-mass screens designed for specific applications in copper ore, borax and DRI pellets (direct reduced iron). As specific requirements were requested and engineered, these two-mass screen solutions evolved to be more uniform and contain identical components. In the early 2000s, based on the company’s prior experience in these areas, the current standardized line of STM screens began to take shape.

The basis for the STM screen design is a two-mass, subnatural frequency drive. This design makes the screen responsive to material loads, capable of handling large surges—and extremely energy efficient; most STM screens will use half to one-third of the power required by conventional single-mass screens when handling identical tonnages. In normal operation, the machine typically uses more energy to start than during continuous running.

Additionally, component standardization in STM screens has led to a high degree of reliability and uptime. The standardization process has allowed General Kinematics to do extensive reliability testing to maximize the design of the springs, motors, drive brackets, deck frames and other key components in the screens. Most standard screens are constructed with individual members that are bolted between the side frames. Deck frames used by General Kinematics are extremely rigid, made of fabricated I-beams with tubular longitudinal bracing and heavy, continuous side-mounting plates. These rigid decks minimize deflection of the unit and thus are one of the main reasons for the robust nature of the STM screen.

Lastly, these screens are designed to be maintenance-friendly. Workers have good top-down access to the drive motor and eccentric weights, enabling change-outs in a fraction of the time required by competitive screen designs. The STM screen also uses a modular design that allows replacement of only those portions of the machine that are worn—often, only sidewalls need to be removed and the rest of the unit can stay assembled during the change-out process.

Normal operating maintenance for the STM screen consists of greasing the motor bearings and checking spring torque periodically. Both tasks can be done from the side of the machine at a safe location, and completion of these tasks is measured in minutes and not hours of downtime. General Kinematics customers show reliability and uptime numbers of 95% and higher when using the STM screens. This means longer run time and less maintenance for the facility.

A large STM screen unit, ready for shipment from the factory.

STM screens are being used with SAG mills processing copper or iron ore, as well as for processing soda ash, borax, quartz and screening/washing of coal. They have successfully been used to screen fines from iron briquettes and DRI pellets, with more than 10 years of continuous operation. Standard STM screens measure up to 14 ft (4.2 m) wide x 30 ft (9.1 m) long with single and double-deck configurations, using polyurethane and rubber media. GK’s engineers can also design custom units with all types of screen media including high alloy and stainless steel wire (both woven and z-shaped) and perforated plate as well as triple-deck designs, depending on the application. General Kinematics’ experience with a wide range of applications provides the expertise to recommend screen media, opening style and size for any application.

One example of a successful application of STM screens success is at a copper processing plant in Arizona, where they are fed by SAG mill discharge. These double-deck screens with an 8- x 20-ft (2.4- x 6.1-m) screening area on both levels have been a key part of the grinding system at the plant for more than 20 years. One of the primary reasons the facility chose to use General Kinematics’ screens is because of the minimal maintenance time between screen media change-outs. This feature, along with the modular design, has minimized downtime and reduced the cost of parts when rebuilds are necessary. 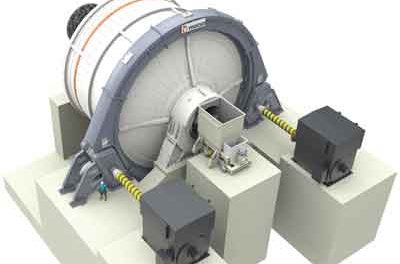 Outotec to Design a Copper Smelter in Indonesia