Siemens’ Industry Automation Division has added a host of new functions to Version 8.0 of its Cemat process control system for the cement, mining and related industries.

Cemat is based on Simatic PCS 7, and offers the performance features and functions of that process control system, such as APC (Advanced Process Library) and Alarm Control.

Functional details included in previous versions, such as the maintenance and service management system, have been further developed for Cemat V8.0. Innovational highlights are the additional operating modes for plants, device groups and individual units, as well as the monitoring of process values, such as accumulated pressure and flow rates. The user can also now easily assemble curve groups.

Compared with previous versions, Siemens notes a significant new feature in version V8.0 is a “Quick Trend” display that can be configured directly from the process screen, making it easier to activate curve groups for display and evaluation purposes. The user adds the desired analog value into the graphic display of a plot with a mouse click. Previously, values had to be manually determined in the measured value archives.

Cemat V8.0 also offers more operating mode options. In addition to complete groups, the operator now can disconnect individual loads within a group—as part of an energy management concept, for example. Settings such as “no interlocks,” “specific interlocks only,” and “safety interlocks only” now can easily be configured for manual operation; previously, these special interlocks had to be programmed. A new operating mode—Out of Service—is intended for unavailable devices and units, which may be undergoing maintenance, for instance.

With Cemat V8.0, the user now can also use speed monitors in addition to process values such as accumulated pressure or flow rate, as the return information “drive is on.” This, said Siemens, increases the quality of the information regarding proper functioning of a drive. Message blocks, measured values and process feedback messages now can be assigned not just to groups but directly to individual drives.

The package’s new Object Browser enables any object in the process to be identified and displayed in current operating mode; for example, “in simulation.” New block icons simplify opera-tion of the system: block icons in subdued colors indicate a fault-free state, while more colorful icons draw the operator’s attention directly to important information. 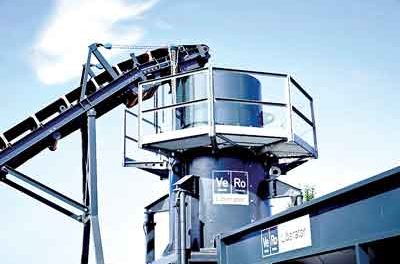