A technology and energy production consortium has successfully completed initial proof-of-concept testing of a unique oil sands extraction method that has the potential to improve environmental performance and reduce development costs.

The consortium of Laricina Energy, Nexen Inc., Suncor Energy and Harris Corp. completed initial phase testing of the Enhanced Solvent Extraction Incorporating Electromagnetic Heating (ESEIEH) project at Suncor’s Steepbank mine north of Fort McMurray, Alberta. The $33-million program is supported by the Climate Change and Emissions Management Corp. (CCEMC) and the test was approved by the Energy Resources Conservation Board.

The test, according to the consortium, confirmed the ability to successfully generate, propagate and distribute electromagnetic heat in an oil sands formation. It also validated the analytical tools and methods used to predict the performance of the process, thereby increasing the consortium’s confidence as it moves to a field pilot next year. Although these preliminary results are termed encouraging, additional work remains before the commercial viability of the process can be determined.

Approximately 1.6 million barrels per day of crude oil are currently being produced through surface mining and In situ recovery processes in Alberta. In situ processes, including steam assisted gravity drainage and cyclic steam stimulation, now contribute roughly half of the total daily production from the Canadian oil sands. Mining and in situ processes use hot water or steam to separate bitumen from the sands, requiring both water and energy. These two key factors affect environmental performance and associated capital and operating costs in oil sands development.

ESEIEH replaces the need for water by applying Harris’ patent-pending antenna technology to initially heat the oil sands electrically with radio waves. An oil solvent is then injected to dilute and mobilize the bitumen with minimal energy requirements, so it can be extracted and transported for further processing. By reducing the energy required and eliminating the need for water, the process is expected to improve environmental performance, while providing greater efficiency and versatility in oil sands recovery operations.

The anticipated benefits of ESEIEH technology in oil sands production include:

The next phase—an expanded pilot field test—is scheduled to begin in 2013. Some elements of the technology solution may become commercially available prior to the final testing. 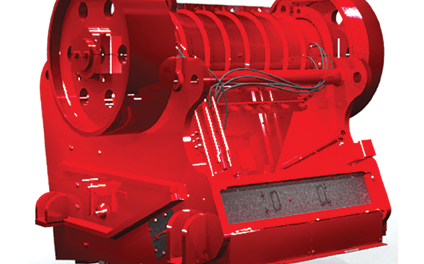 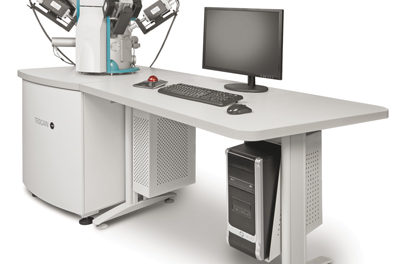