Eriez Flotation said it will supply four HydroFloat Separators to Newcrest Mining for utilization in Stage 2 of Newcrest’s Cadia Valley Operations expansion project in New South Wales, Australia. The announcement follows the delivery, commissioning and ramp up of four Eriez CrossFlow Separators and two HydroFloats as part of the Cadia Coarse Particle Flotation demonstration plant in 2018.

Eriez Flotation Global Managing Director Eric Wasmund said, “When Stage 2 of the Cadia Expansion Project is
complete, 100% of the Concentrator No. 1 tailings will be retreated, significantly improving overall plant recovery for a coarser primary grind.”

Eriez said the HydroFloat Separator is an aerated fluidized-bed (or teeter-bed) separator in which the synergistic effect of combining flotation with gravity concentration results in an outcome that cannot be achieved by either approach alone. Air bubbles are dispersed by the fluidization system, percolate through the hindered-setting zone and attach to the hydrophobic component, altering its density and rendering it sufficiently buoyant to float and be recovered.

The use of the dense-phase fluidized bed eliminates axial mixing, increases coarse particle residence time and improves the flotation rate through enhanced bubble-particle interactions. As a result, the rate of recovery is high for both fully- and semi-liberated particles. Eriez said Newcrest Mining is the first mining company to commercialize HydroFloat coarse particle flotation for sulphides and the first in a tail scavenging application.

Cadia Valley’s Stage 2 gold mine expansion will include plant upgrades designed to increase capacity from 33 million metric tons per year (mt/y) to 35 million mt/y while improving life of mine gold and copper recoveries by 3.5% and 2.7%, respectively. 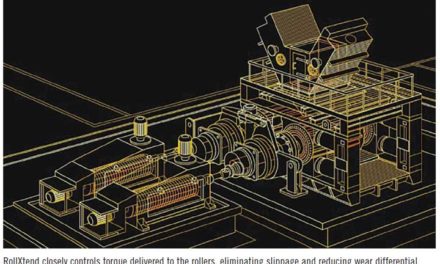