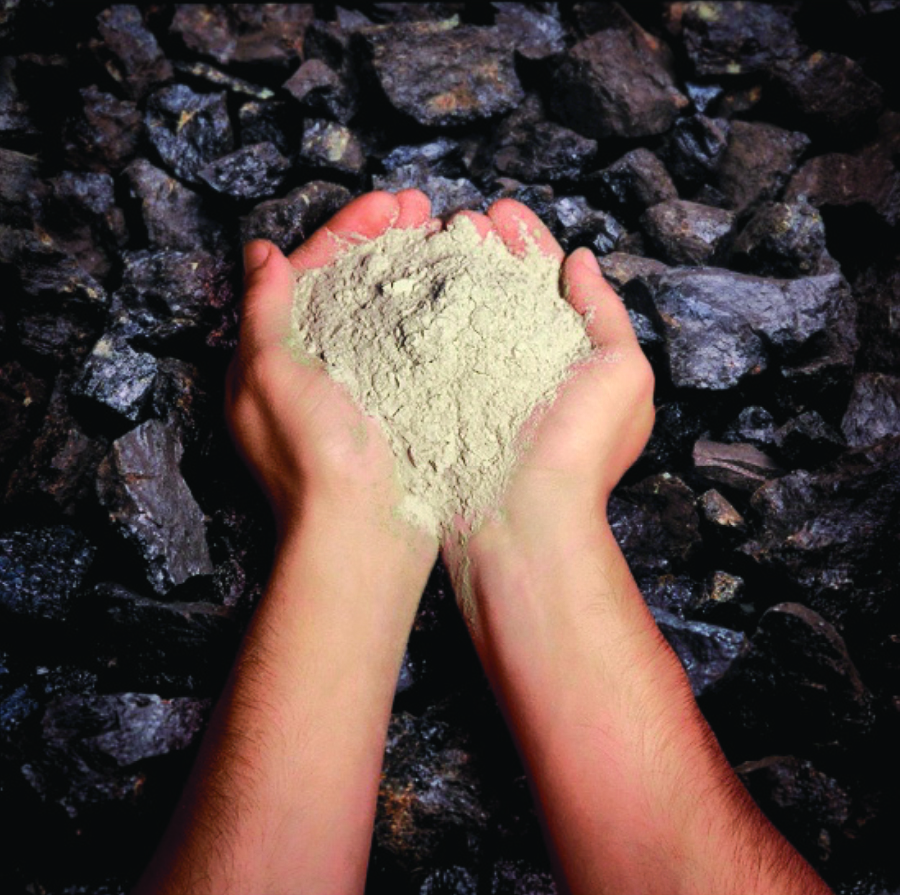 Results reported from pilot testing of a new extraction method developed by a Swedish research team indicate that fly ash could be used as an economical, plentiful source of zinc.

Historically, mining has been strongly associated with, and driven by, infrastructure demands. Mineral products and metals extracted from conventional deposits have traditionally been the source of construction materials and industrial commodities needed by nations to function efficiently. It’s unlikely that the relationship between mining and the primary industrial sectors that provide the basic building blocks of successful economies will ever be severed, but evolving market trends and cultural issues may alter some of the ground rules. For example, rising concerns regarding sustainability, environmental preservation and more efficient use of natural resources appear to be converging with expanding societal awareness of corporate practices in a way that could shift the forces driving mining investment and development in a new direction — specifically, toward consumer-driven priorities. Consumers, regardless of whether they’re individuals or large consumer-oriented companies not typically linked to mining, are paying more attention to the origins of mined materials. In turn, producers are gradually broadening their view of what constitutes a potentially valuable mineral resource.

Turning metal-rich tailings and waste into profit is nothing new for the mining industry. However, increasingly rigorous scrutiny of mineral provenance and responsible mining practices has producers and researchers alike paying more attention to finding less-traditional resources and developing processes that can safety and economically extract the valuable components they contain. Two recent announcements underscore the level of activity by teams looking for new methods and sources that will allow the industry to meet market demand for mundane metals such as zinc as well as more-exotic metals used in cutting-edge electronics, in these examples by harvesting useful residual metal values from industrial fly ash and mine tailings.

In Sweden, a unique method developed by researchers at Chalmers University of Technology reportedly can extract useful metals such as zinc from fly ash, the residue left over from coal burning and incineration of solid waste materials. A process developed at Chalmers and tested at pilot scale involves treating fly ash with an acid wash to separate the zinc from the ash. The zinc can then be extracted, washed and processed into raw material. Zinc is recovered from leachate as zinc hydroxide using chemical precipitation. The method was originally pioneered at Karlsruhe Institute of Technology in Germany in the 1990s.

During the pilot study, 75 to 150 kg per hour of fly ash from a Swedish waste-to-energy plant were mixed with scrubber liquids from a flue gas treatment system in a continuously stirred vessel. The resulting slurry was dewatered in a vacuum belt filter. Hydroxide precipitation of the resulting leachate, followed by filtration of the formed crystals in a membrane filter press, produced a filter cake with up to 80% weight zinc hydroxide.

“In our pilot study, we found that 70% of the zinc present in fly ash can be recycled. The zinc is not extracted as a pure metal, which would be a much more intensive process, but instead as a zinc-rich product, which can be…processed further in currently existing industry production lines,” said Karin Karlfeldt Fedje, associate professor at Chalmers University of Technology, and researcher at the recycling and waste management company Renova AB.

Researchers also have been able to significantly reduce the level of toxicity. “After extraction, we incinerate the residual ash again to break down the dioxins. Ninety percent of this is then turned into bottom ash, which can be used as a construction material, for example,” explained Fedje.

In Sweden, incineration of household waste in waste-to-energy plants is common and produces around 250,000 metric tons (mt) of fly ash annually that could potentially be treated by the new method. Incineration of waste in the rest of Europe accounts for around 10 times that amount, according to researchers. 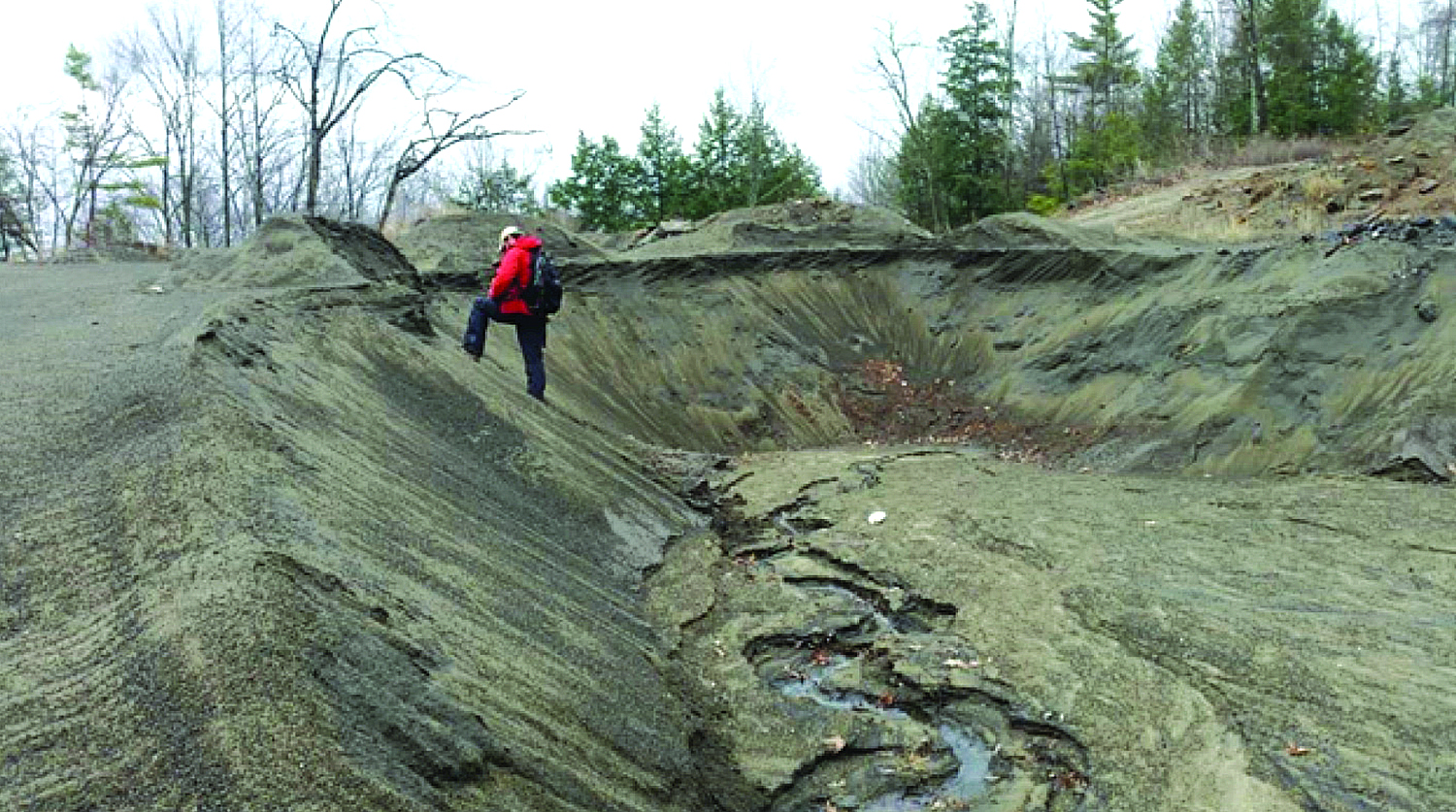 A USGS scientist collects samples from tailings piles at an historic iron ore mine site in Essex County, New York.

“The technology for extracting zinc from fly ash could have several positive effects, such as reducing the need for mining virgin zinc raw material, lower levels of toxicity in the ash, and greatly reduced landfill contributions. It can be a vital contribution to society’s efforts towards a more circular economy,” said Sven Andersson, adjunct professor at Chalmers and R&D manager at Babcock & Wilcox Vølund AB.

In the United States, a federal agency reported it believes waste rock from long-closed mines in the eastern Adirondack Mountains of New York may prove valuable due to its rare earth element content. The findings resulted from airborne and ground surveys conducted by the U.S. Geological Survey and collaborators.

“The possibility of accessing rare earth elements from mine waste and mill tailings is attractive partly because the minerals have already been excavated from the ground,” said USGS Scientist Ryan Taylor, who led analyses of rock samples from the region. “This would reduce mining costs by making it easier to access the minerals. It also allows ‘recycling’ of discarded materials, which could help to remediate these mined areas,” he said.

USGS scientists were able to detect both mineral deposits and larger mill tailings piles from airplane surveys of old iron mines that occurred in late 2015. They then analyzed samples that showed rare earth content from the deposits, waste and mill tailings.

The eastern Adirondack Mountains in upstate New York were mined for iron ore in the 1800s and 1900s and played an important role in industrialization of the northeast prior to and during World War II. The mining activities resulted in piles of waste rock and mill tailings in various areas throughout the region.

“There may be some challenges to processing the tailings for rare earth elements,” said USGS Scientist and Project Chief Anji Shah. “While the fluorapatite contains recoverable rare earth elements, it also contains thorium, a weakly radioactive element which has economic uses but also requires careful handling.”

That thorium, however, makes mill tailings easier to locate by airplane surveys since natural, low-level radioactivity can be seen on the images, Shah explained.

The USGS said airplane surveys were also helpful for detecting the iron ore bodies themselves because the iron is contained in highly magnetic crystals of magnetite. By measuring subtle variations in Earth’s magnetic field from the sky, the researchers created 3D models showing the size and shape of the deposits beneath Earth’s surface. 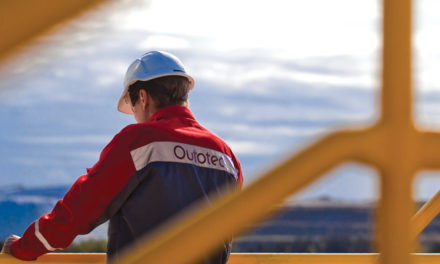