A new leaching technology from FLSmidth is claimed to be capable of increasing copper output copper by 3%—which could translate into a sizable additional annual revenue increase for an average copper mine with primary sulphide ore.

FLSmidth said it had recently filed patents for a new hydrometallurgy process called the FLSmidth Rapid Oxidative Leach that can economically remove the pacification layer of primary sulphides and thereby allow the extraction of copper. The technology operates at atmospheric pressure and temperature around 80°C, making it possible to leach directly at the mine and thus provide a seamless transition from oxide ore to sulphide concentrates.

While existing atmospheric leach processes leach a maximum of 95% copper in 20-60 hours, FLSmidth said its Rapid Oxidative Leach process can leach more than 98% of copper from concentrates containing as little as 8% copper in less than 6 hours; a faster and much simpler process. And that, as Head of Group R&D, Jens Almdal, points out, is a giant leap in productivity:

“For a copper mine with remaining low quality copper deposits producing around 200,000 tons of copper per year, our 3% output increase would mean an extra $40 million per year with a copper price around $6,600 per ton. That is indeed a significant contribution to profitability in an industry that normally chases 0.1%-0.2% increase in copper recovery by design modifications of flotation machinery,” Almdal stated.

For copper producers, the new technology could mean a renewed business case for some deposits: for example, several existing mines have lost the ability to make copper concentrates suitable for smelting, but the Rapid Oxidative Leach technology makes it possible to recover more copper from low-grade concentrate. Also, the company notes, there are mineral deposits yet to be developed that are unsuitable for smelting, but with the new technology would be suitable for leaching.

FLSmidth said the new technology also makes it possible to develop mineral deposits containing arsenic for recovery of copper, gold and silver, while complying with stringent environmental air and land pollution regulations. Because the new technology operates at atmospheric pressure, a concentrate can be treated at the mine location, with complete control over the arsenic-bearing residues generated after leaching. This makes it possible to avoid the potential of arsenic contamination of sea, air and land while en route from mine to smelter.

“A lot of existing mines have piles of copper concentrate with more than 0.5% arsenic concentrations, which is too high for smelting. Our technology can be used to process these piles of high-arsenic concentrate or even make it possible to develop new mineral deposits high in arsenic,” explained Almdal. FLSmidth said it has patents pending for the new technology and a cooperation agreement with two customers, with the technology expected to be implemented ona larger scale in 2017. 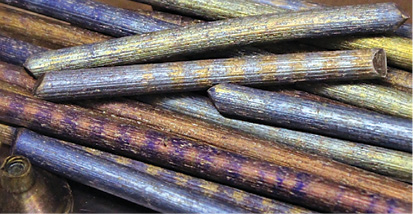 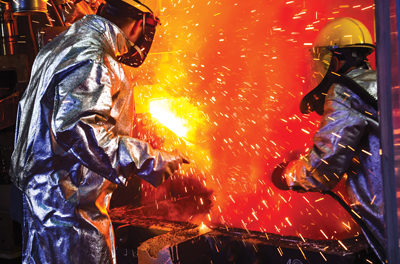