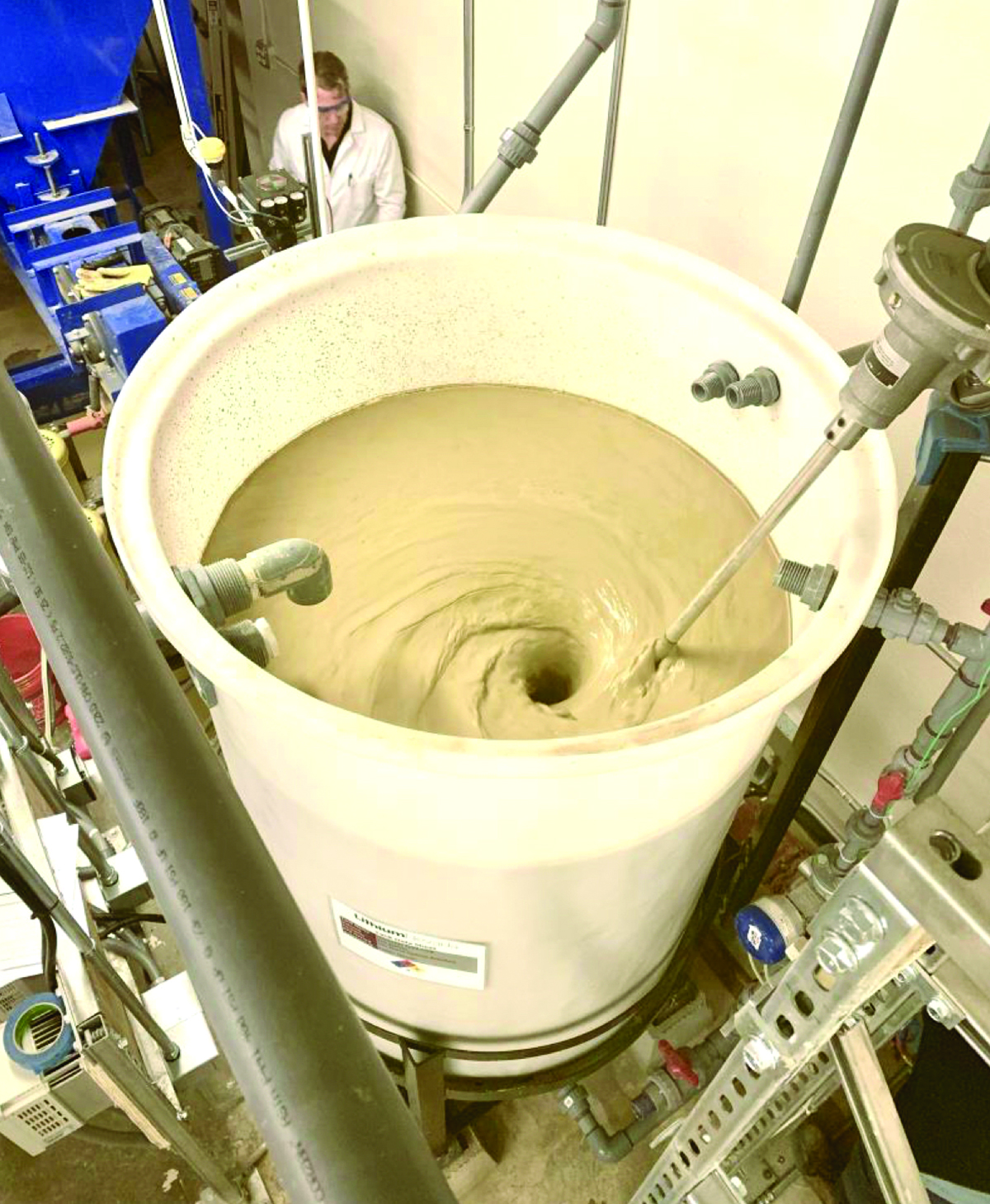 Lithium Americas recently completed construction of an integrated technology center in Reno to demonstrate the full flowsheet for its Thacker Pass lithium project and to produce lithium carbonate samples.

According to a recent McKinsey & Co. report, seven years ago less than 30% of lithium demand was for batteries; the bulk of demand was split between ceramics and glass (35%) and greases, metallurgical powders, polymers, and other industrial uses (35+%). But by 2030, batteries are expected to account for 95% of lithium demand, and total needs will grow annually by 25%–26% to reach 3.3 million to 3.8 million metric tons lithium carbonate equivalent (LCE).

Lithium is used in virtually all traction batteries currently used in EVs – sales of which grew by around 50% in 2020 and doubled to approximately seven million units in 2021. At the same time, surging EV demand has seen lithium prices skyrocket by around 550% in a year, according to McKinsey: by the beginning of March 2022, the lithium carbonate price had passed $75,000 per metric ton and lithium hydroxide prices had exceeded $65,000 per metric ton (compared with a five-year average of around $14,500 per metric ton).

So, will there be enough lithium production to meet future needs if these trends continue? It’s complicated, according to McKinsey, because the answer requires an understanding of the entire supply-and-demand context by every player along the value chain – mining companies, refiners, battery manufacturers, and automotive OEMs – in order to make prudent investment decisions. Examples of industry lithium anxiety are plentiful: they range from Ford Motor Co.’s recently announced deal to buy 7,000 metric tons (mt) of lithium carbonate annually for five years from ioneer Ltd.’s Rhyolite Ridge mining project in Nevada, to Tesla CEO Elon Musk’s plea for more investment in lithium production after complaining about the metal’s “insane” cost and comparing startup of a lithium refining facility to getting a “license to print money.”

Another report, this one from S&P Global Commodity Insights, seems to concur that although the battery industry has been investing significantly in downstream battery capacity to power the surging EV demand, lithium is still getting less funding than required – and such investment could be too late to prevent a structural deficit in the coming years.

“Unfortunately, battery capacity can be built much faster than lithium projects,” Joe Lowry, president of consulting firm Global Lithium, told S&P Global. “The lack of investment in lithium capacity over the past five years will extend the supply shortage. Even well-capitalized major lithium companies have struggled to meet their expansion targets,” Lowry said.

If the frequency of press announcements regarding lithium facility project progress is any indication, potential producers are pushing hard to get in the game as quickly as possible, particularly in the US market. In just the past few weeks:

Lithium Americas Corp. opened a Lithium Technical Development Center (LiTDC) in Reno, Nevada, The LiTDC, according to the company, was developed to demonstrate the chemical process designed for the company’s Thacker Pass lithium project in Humboldt Country, Nevada in an integrated process testing facility. The Thacker Pass facility will employ a relatively simple acid leaching process, long used in the phosphate industry, on ore to produce lithium sulfate brine that will be purified in a series of steps to provide a lithium carbonate product.

The LiTDC was built to demonstrate the full Thacker Pass flowsheet and to produce lithium carbonate samples. The LiTDC, said Lithium Americas, will support ongoing optimization work, confirm assumptions in the design and operational parameters and provide product samples for potential customers and partners.

In addition, the 30,000-ft2 facility is designed to conduct test work on new target ores and brines and contains a state-of-the-art analytical laboratory capable of analyzing ultra-pure lithium compounds. Lithium Americas and the University of Nevada, Reno are collaborating on this commercial work.

Lithium Americas said the LiTDC’s initial production, using the Thacker Pass flowsheet and sedimentary resources from the project site, successfully produced 5 kg of battery-quality lithium carbonate. In addition to generating sample material, the facility will enable the team to continually optimize and de-risk each step of the flowsheet.

The company said the modular plant has been flow-testing lithium-bearing brine since early May, and extracting lithium chloride (LiCl) since mid-May, making IBAT the first company globally to successfully operate a commercial-scale mobile lithium extraction plant. The brine is sourced in the US and is being delivered via tanker truck.

IBAT CEO John Burba said, “From the design stage, our goal has been to create a Mobile Direct Lithium Extraction technology that is environmentally superior to any technology currently in operation, yet able to achieve commercial scale and superior lithium recovery at a vastly lower cost. We believe this modular plant represents that evolution and third-party validation of our results is a key milestone in that journey.”

The company said the unique modular design of its lithium extraction plant allows for rapid deployment; this plant was assembled in 10 days by a crew of nine workers As currently configured, the plant has the potential to produce 5,000 mt/y of commercial-grade lithium chloride LCE. Due to its modular design, though, it has the potential to be expanded to produce up to 20,000 mt of LiCl per year, based on the capacity and composition of the brine resource.

Another project – this one at Oak Ridge National Laboratory – also involves brine as a source of lithium production; in this case, from geothermal power plants and mine tailings. ORNL is a multiprogram research laboratory managed by a 50-50 limited liability partnership between the University of Tennessee and Battelle Memorial Institute for the U.S. Department of Energy (DOE).

Results from a research effort into finding alternative sources of lithium show that one of the most promising of these is recovering lithium from brine generated by geothermal power plants or from mine tailings, according to Parans Paranthaman, an ORNL Corporate Fellow who has spent years investigating alternative lithium sources.

Leftover brine from geothermal power generation contains high concentrations of certain minerals, along with a much lower concentration of lithium.

Though the concentration of lithium is relatively low in geothermal brines compared to other sources, brines require no mining, and no wells have to be drilled because they are already being exploited for power production.

Normally, geothermal power plants pump their cooled brine back underground. However, Paranthaman is working with scientists at ORNL, DOE’s Critical Materials Institute and industry partner All-American Lithium to devise methods of first recovering the lithium from the brine. The key to this recovery is the development of a sorbent material that will selectively adsorb, lithium chloride from the brine. So far, the material that has shown the most promise is pure or iron-doped lithium-aluminum-layered double hydroxide chloride, or LDH.

“We designed the sorbent to exclusively adsorb lithium chloride,” Paranthaman said. “LDH has the advantage of being relatively low cost and highly selective for lithium – meaning that it not only adsorbs a large percentage of the available lithium, but it doesn’t recover other minerals in the process.”

In tests, simulated brine was pumped through a column containing layers of LDH separated by water molecules and hydroxide ions that preferentially admit lithium chloride ions and block sodium and potassium ions. This process removed more than 90% of the lithium from the simulated brine.

If this technology can be scaled up and employed on an industrial level, it is estimated that a 50-megawatt geothermal plant could recover 15,000 tons of lithium carbonate per year, and there are more than 20 geothermal power plants just in the vicinity of California’s Salton Sea. Currently, the entire world’s production of lithium carbonate is only around 160,000 tons. So, if the lithium recovery capacity of these geothermal plants were to be fully utilized, it would provide more than enough lithium to meet domestic demands.

ORNL said Paranthaman and his colleagues are also teaming up with the Critical Materials Institute as well as several small companies and university partners to develop conceptually similar methods for recovering lithium from mine tailings left over from boron mining operations.

“As part of CMI’s Critical Materials Project, we are working with Rio Tinto Borates, among others, which has been mining boron in California for almost 150 years,” Paranthaman said. “Boron tailings contain lithium sulfate. So we’re in the process of developing a prepilot demonstration of lithium recovery from these tailings right now. We expect that we will be ready for a full-scale demonstration within a year.”

“Chemistry-wise, geothermal recovery is a chloride stream; mine tailings are a sulfate stream, so they require different processes,” Paranthaman said. “However, the idea is the same, and the product resulting from both processes will be the same.” 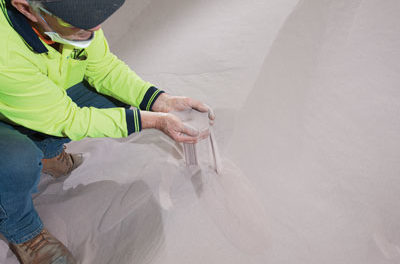 Anchor Design for Refractories: What You Need to Know By Dan Szynal