Katanga Mining Ltd. announced in December it had successfully completed hot commissioning of the core of the first train of its new whole ore leach (WOL) processing facility at subsidiary Kamoto Copper Co.’s (KCC) copper and cobalt mine in Lualaba Province, Democratic Republic of the Congo.

The Luilu site, where KCC’s WOL and electrowinning plants are located, successfully produced its first copper cathode on December 11. Copper and cobalt production at KCC had been suspended since September 2015 pending the construction of the WOL project. A progressive ramp-up and commissioning of the remainder of the first train is expected to follow over the ensuing three months, with the objective of achieving full capacity on the first train by the end of the first quarter of 2018.
Read the Whole Article in our Digital Edition 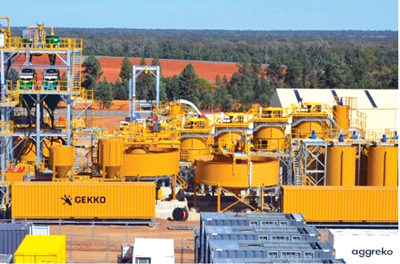 Joint Effort to Advance Bioreactor Technology for Mine Water Treatment