The Global Mining Guidelines Group (GMG) recently released revised versions of two widely used guidelines in mineral processing. The new publications include a revision of The Morrell Method to Determine the Efficiency of Industrial Grinding Circuits, which was originally published in 2016; and Determining the Bond Efficiency of Industrial Grinding Circuits.

GMG said its guidelines are peer-reviewed documents that describe good practices, advise on the implementation and adoption of new technologies, and/or develop industry alignment. They are the product of industry-wide collaboration based on experience and lessons learned.

Once the guideline is reviewed and accepted by the project group steering committee, working group members peer review and GMG members within the working group vote to approve draft documents prior to their approval by the GMG Executive Council.

The updated Morrell Method guideline, according to GMG, is a practical and condensed version of the Morrell method, which is widely applied in the design of comminution circuits. Overall, this methodology is the comparison of measured and modeled values to determine the circuits’ efficiency.

The guideline reviews the data required for analysis including hardness characterization data generated from the SMC Test and the Bond Ball Mill Test Work Index, and the Morrell equations and their applications. Although the Morrell method is mostly used in comminution circuit design in greenfield projects, this guideline describes ways to use the method to assess the energy utilization efficiency of existing circuits. The guideline, said GMG, can be used by both experts and junior engineers.

The 2016 guideline version has been reviewed and updated to reflect updates to the Morrell method and related references. Other improvements such as corrections and clarifications were also made in the text to help make the guideline more useful to those new and experienced alike. Some key changes include revised worked examples and added detail on applying the method to pebble crushing circuits.

The Bond Work Index, published by Fred Bond in 1952, helped mining engineers measure rock hardness and its resistance to being crushed. GMG’s original guideline, Determining the Bond Efficiency of Industrial Grinding Circuits, was released in 2016 and describes the Bond method for quantifying and comparing the relative energy efficiency of most industrial comminution circuits. According to GMG, it’s also an effective teaching tool that can be used by junior engineers looking to understand how to apply this method. GMG said its minor revision of the guideline contains additional context and clarification. 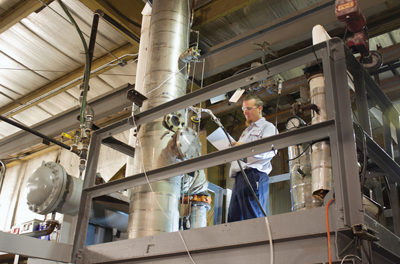