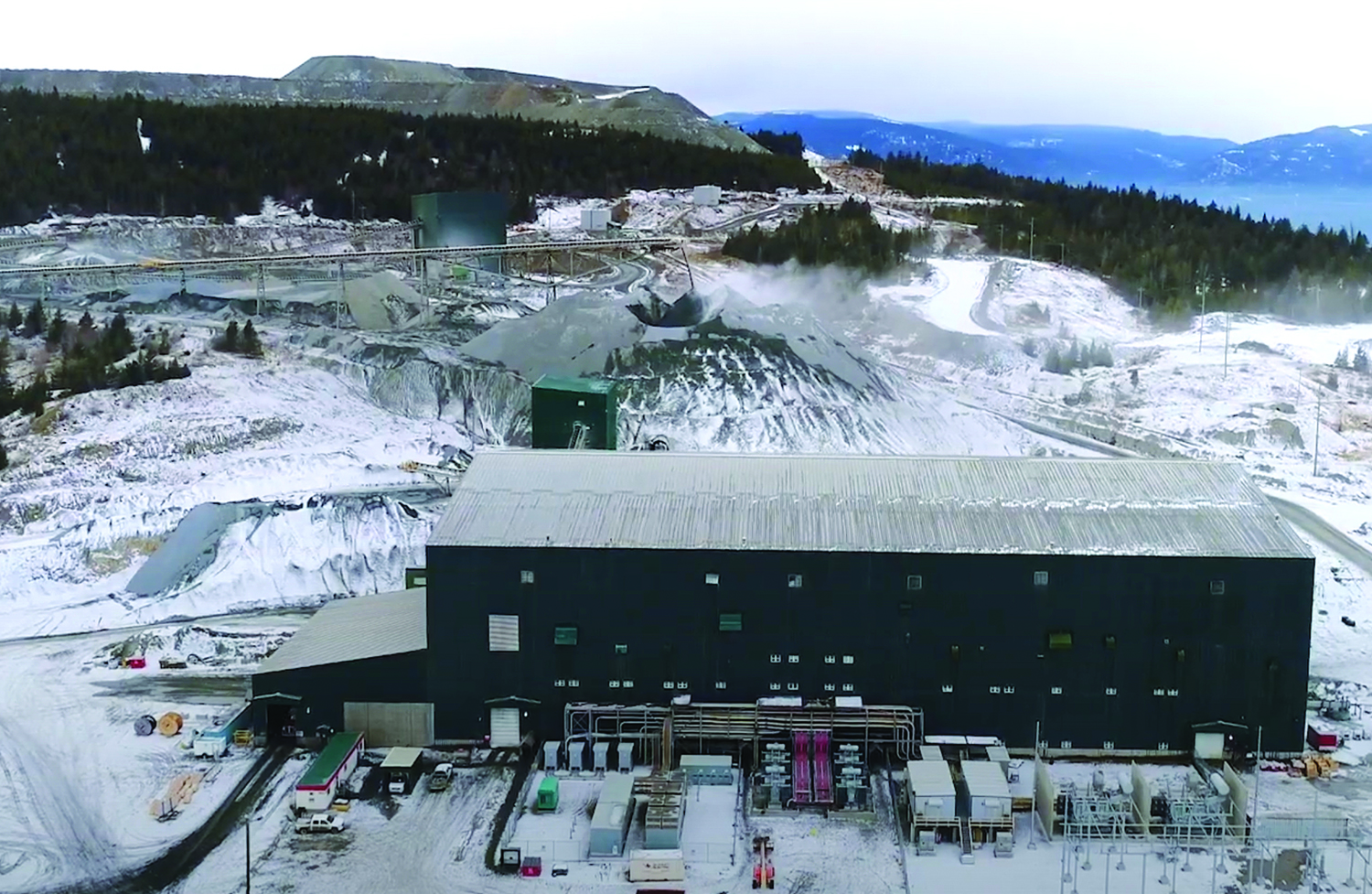 The Copper Mountain mine, the flagship asset of Copper Mountain Mining Corp. (CMMC), is a conventional truck/shovel open-pit operation located in southern British Columbia, which produces approximately 100 million lb of copper equivalent per year. A two-phase mill expansion program now under way, along with the startup of mining from a new deposit named New Ingerbelle, will enable the mine to produce 139 million lb of copper equivalent per year at C1 cash costs of US$1.19/lb over the first 10 years of its 21-year mine life, based on reserves.

An NI 43-101 technical report released by CMMC in late 2020 examined the factors involved in increasing the mine’s concentrator tonnage rate to 65,000 metric tons per day (mt/d) and adjusting the mine plan sequencing on the existing reserve and present mine designs. According to the report, Copper Mountain ore is both very competent and hard. A secondary crusher installed in 2014 allowed reduction of SAG feed size from 150 mm to 24 mm, thus enabling a significant shift in the milling circuit unit energy demand. With the feed size reduction, the circuit could process 1,850 mt/h, with a lower sensitivity to hardness variations throughout the orebody.

In 2019, the existing circuit was analyzed using Morrell power-based modelling — one of two recognized industry standards for predicting the comminution energy required to reduce rock from one size to another — to assess the validity of assumed hardness parameters and actual plant performance. With a good agreement, this parameter set was applied to determine the throughput capacity with the addition of a third ball mill expansion currently in progress. The company reported in April on the Ball Mill 3 expansion project, which will increase mill throughput by 5,000 mt/d to 45,000 mt/d and improve copper recovery. Work to install the 22 x 38-ft, 12.6-MW mill is on schedule for commissioning in the third quarter of 2021, according to CMMC.

A case study by vibratory equipment manufacturer General Kinematics (GK) reported on the results achieved by CMMC after installing one of its screens that utilizes GK’s Two-Mass Technology.

The mill’s SAG/ball/flotation circuit was initially designed for 35,000 mt/d. As mentioned earlier, a secondary crushing circuit had been installed to boost the mill tonnage rate to 40,000 mt/d. However, the increased circulating load led to overloading of the original 12 x 28-ft single-deck SAG mill discharge screen. That screen was rated for a total infeed, including circulating load of 2,298 mt/h with 13-mm deck openings. According to GK, its brute-force design inherently dampens vibration under load, which adversely affects the screening efficiency. Once a brute-force machine is overburdened, effective screening stops, and screen body and structure stresses increase significantly.

CMMC and the original screen supplier tried, unsuccessfully, several methods to increase the existing screen’s capacity. First, they angled the screen, expecting a decline would throw the material toward the discharge end faster. The change helped reduce overloading, but the screen’s structural failures continued, and screening efficiency was negatively affected.

The screen OEM tried increasing the wheel force and horsepower of the drive. Again, the change helped reduce overloading, but the screen’s structural failures continued and became more frequent. Each time the SAG mill had a surge, the screen would become overloaded, increasing stresses and leading to additional maintenance.

According to GK, brute-force vibratory screens require significant horsepower and eccentric forces to operate. The increased horsepower results in high stress on the screen body, ultimately leading to structural failures in months. CMMC experienced this firsthand and began scheduling downtimes to replace the screen entirely every quarter. The screen removed from service would be rebuilt, costing tens of thousands of dollars with each occurrence. Each attempt to increase the throughput in the circuit increased the frequency of repairs. 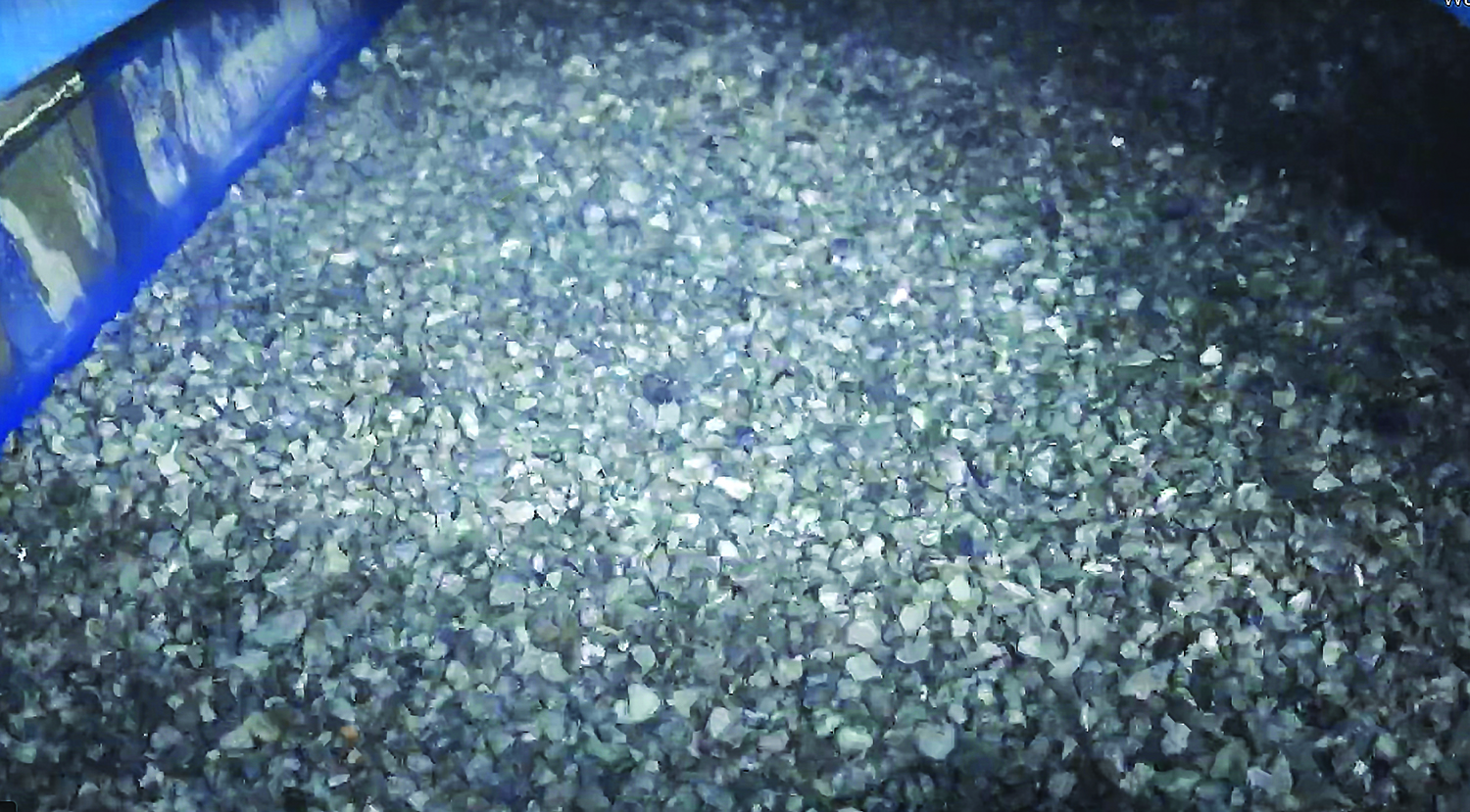 An important feature of its STM-SCREEN in solving CMMC’s problem, says GK, was its ability to process at a higher bed depth without sacrificing throughput.

Any new SAG mill discharge screen would need to achieve a sustained capacity of 2,400 mt/h, with periodic surges to 2,700 mt/h. This represented a 30% increase over the existing screen’s sustainable capacity (in the same screen footprint). The mine’s Operations & Maintenance team also knew reducing downtime associated with the screen was essential to improve operational uptime and average daily capacity. And finally, the mine wanted a new screen that would require only minimal changes to the existing support structure, saving installation time and financial resources.

CMMC selected General Kinematics’ STM-SCREEN featuring Two-Mass Technology. According to GK, the engineering principles behind Two-Mass Technology are inherently more suited for the rigors of heavy-duty screening applications like SAG mill discharge. The Two-Mass drive system responds to rapid increases in material loading by sustaining stroke, while brute-force screens lose stroke and screening efficiency during surge conditions. Since the STM-SCREEN does not dampen, screening efficiency and production are maintained even during surge conditions.

General Kinematics provided a 3.6- x 8.5-m STM-SCREEN for CMMC’s application. GK designed the screen to fit the existing mounting arrangement to minimize modifications and downtime during the changeover, which took place in 2019. As a result, the new screen required no significant changes to the support structure for installation. More importantly, screen cracking issues have been eliminated, with successful operation for more than two years with no structural problems. The Two-Mass drive system, according to GK, distributes drive forces evenly along the length and across the width of the screen and, therefore, dramatically reduces concentrated forces at any point. The reduction of these concentrated forces reduces/eliminates the cracking of side structures that lead to planned and unplanned downtime as well as the related expense.

With zero structural failures since installation, CMMC has saved an estimated $800,000 annually in time, material, and labor annually since installation and, according to the mine, the screen is no longer the bottleneck restricting the increased daily throughput of the mill. The successful operation of the new screen will allow the mine to increase tonnage to an average hourly capacity of 2,400 mt/h (including circulating load) with surges to 2,700 mt/h when the third ball mill comes online. 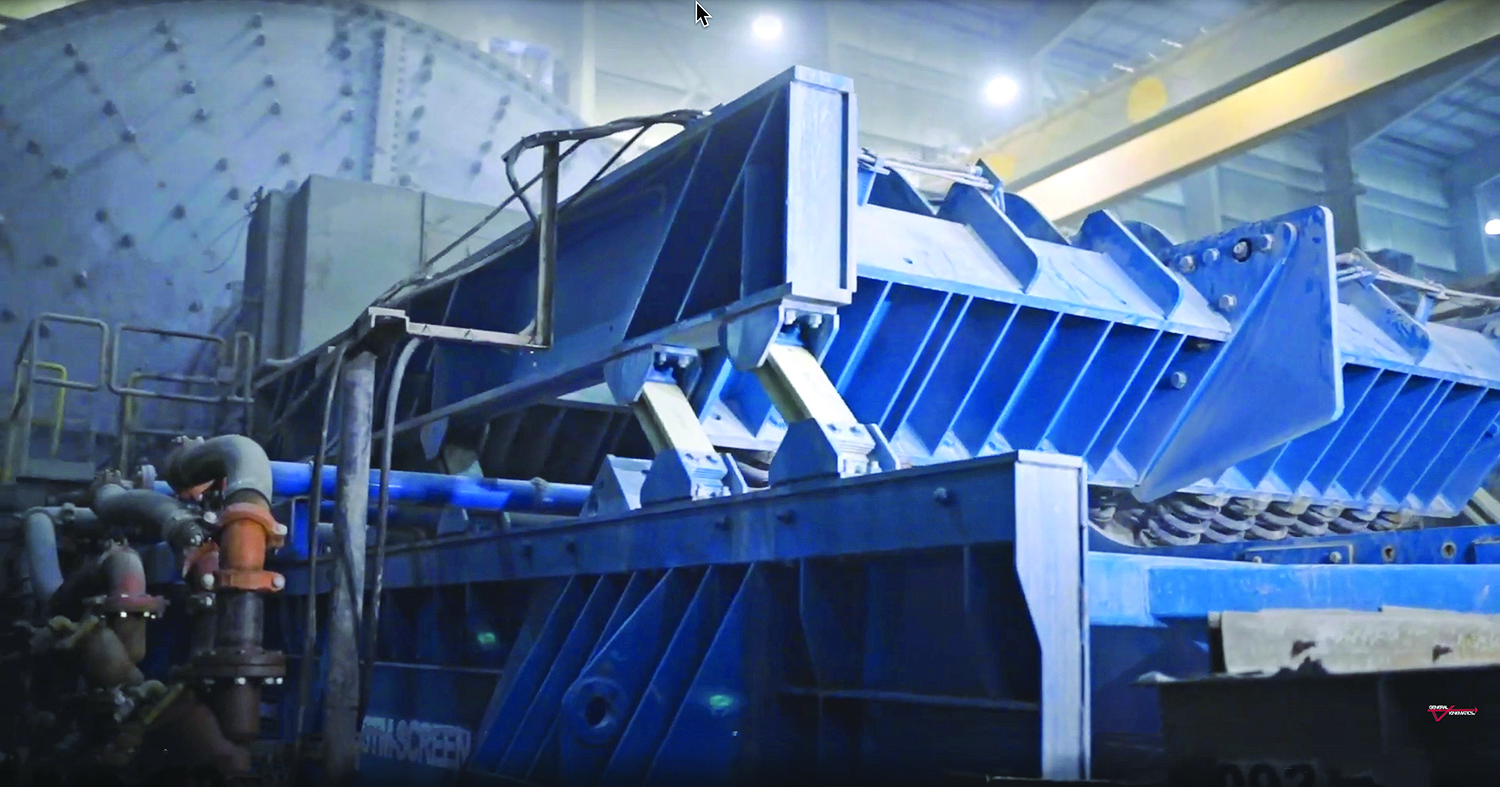 The new STM-SCREEN is designed to allow installation without need of significant modifications or downtime, while fitting into the existing footprint of the screen it replaced, according to GK.

General Kinematics said both immediate and long-term average capacity goals have been exceeded, and screening quality improved due to the longer retention time of material on the screen deck. The STM-SCREEN retains material for about 26 to 33 seconds versus a typical brute force screen that retains material for roughly 6 to 8 seconds. The longer retention time allows for optimized material separation as fines have more time to drop out. Equally as important, said GK, is the ability of the STM-SCREEN to process at a higher bed depth without sacrificing throughput. The material spreads out evenly at the feed end, even at higher bed depths. The increased retention time of the evenly spread material allows for increased screening efficiency at the required capacities.

The end result: CMMC removed the SAG mill discharge screen from the list of plant bottlenecks and now can plan for further plant capacity growth with the installation of a third ball mill and beyond. 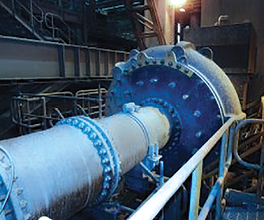