Australia-based SciDev Ltd. said it recently received a trial purchase order from Australia’s largest copper operation — BHP’s 172,000-metric-ton-per-year Olympic Dam complex — for the utilization of SciDev’s chemistries in the hydrometallurgical and concentrator sections of the Olympic Dam processing plant. SciDev, based in New South Wales, said staff will be on site to deliver associated professional services over the course of approximately six months after commencement of the trial in December. The order includes an initial A$1 million purchase of SciDev’s MaxiFlox chemistry, reflecting approximately three months of consumption.

Commenting on the trial, SciDev Managing Director and CEO Lewis Utting said, “The order from BHP Group’s Olympic Dam operation is a significant opportunity for SciDev. The opportunity to transfer our chemistry and know-how from the waste processing side directly to the production side of a mining operation reflects the potential for the company’s bespoke chemistries. We look forward to working with the team at Olympic Dam and will continue to keep the market updated on developments.”

The company said another trial is under way at the Las Bambas copper mine in Peru, where site staff, along with SciDev technical experts, have developed trial protocols allowing effective remote support by SciDev staff from Australia. The results of the trial are being assessed and will be reported in the future. The commercial trial follows on from earlier successful technical evaluations that SciDev conducted during 2019. MaxiFlox chemistries are being used in the tailings thickener at Las Bambas, with the aim of improving water recovery and ultimately increasing the available volume in the mine’s tailings storage facility. 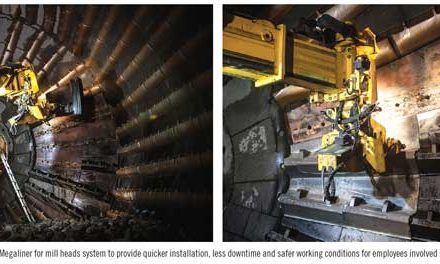